The Arizona native was killed by the Islamic State group in 2015. 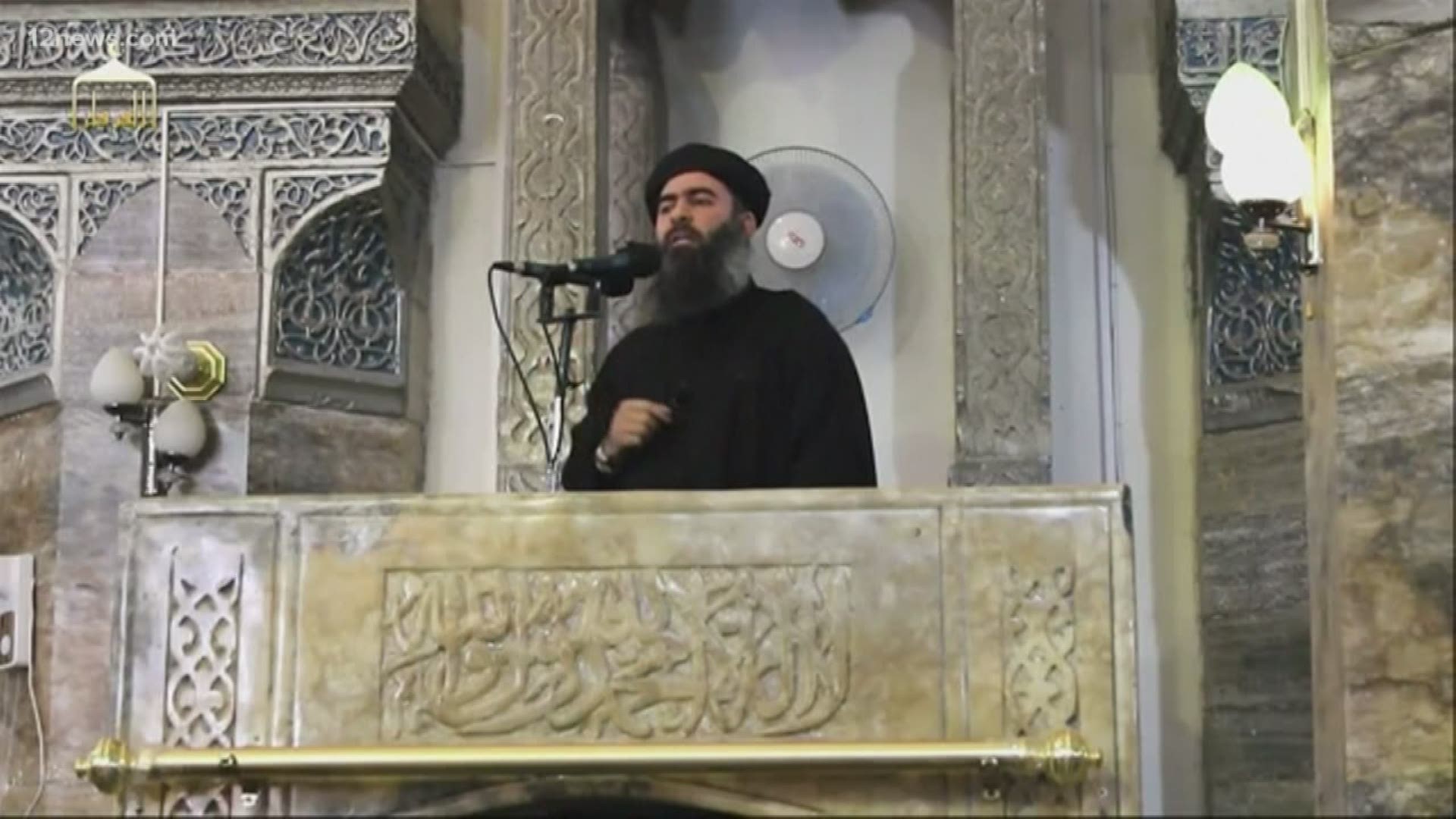 Kayla Mueller, the humanitarian aid worker from Prescott who was captured by the Islamic State before she was killed in 2015, was remembered Sunday in a statement from President Donald Trump about the death of the group's leader, Abu Bakr al-Baghdadi.

Mueller – along with Jim Foley, Steven Sotloff and Peter Kassig, Americans who were also killed by the Islamic State group – was mentioned in Trump's statement released by the White House early Sunday.

"Baghdadi and the losers who worked with him – in some cases people who had no idea what they were getting into and how dangerous and unglamorous it was – killed many people," part of the statement read.

"Their murder of innocent Americans Jim Foley, Steven Sotloff, Peter Kassig, and Kayla Mueller were especially heinous. The shocking publicized murder of a Jordanian pilot who was burned alive in a cage for all to see, and the execution of Christians in Libya and Egypt, as well as the genocidal mass murder of Yazidis, rank ISIS among the most depraved organizations in history."

National Security Adviser Robert O'Brien told NBC's "Meet The Press" on Sunday that the operation to take down al-Baghdadi was named after Mueller.

"We finally brought justice to a man who beheaded the three Americans -- two journalists and a humanitarian worker," O'Brien said.

"One of the things that (Joint Chiefs of Staff Chairman) Gen. (Mark) Milley did was name the operation that took down al-Baghdadi after Kayla Mueller, after what she'd suffered. That was something that the people should know," he added.

"Justice was brought to those Americans who were so brutally killed, as were others that the president pointed out."

Mueller was abducted while working in Syria in 2013.

The 26-year-old from Prescott was held for a time by Islamic State financier Abu Sayyaf and his wife.

According to reports, Al-Baghdadi would rape Mueller when he visited.

"They told us that he married her, and we all understand what that means," Carl Mueller said back in 2015.

She worked in human rights activism and humanitarian aid in India and the Middle East.

Gov. Doug Ducey remembered Mueller in a series of tweets on Sunday.

"Arizona remembers today and always Kayla Mueller, for whom the raid that killed the brutal al-Baghdadi was named after. Kayla was a selfless humanitarian from Prescott, AZ. Her compassion and courage will never be forgotten," one of the tweets read.

U.S. Rep. David Schweikert of Arizona also tweeted about Mueller and her family on Sunday.

Meghan McCain, the daughter of the late Sen. John McCain, shared a video on Sunday of her father talking about Mueller on the Senate floor after she was killed.

Foley, a journalist who became the first American citizen who was killed by the Islamic State when he was beheaded in Syria in 2014, also has ties to the Valley.

Foley was a teacher at Lowell Elementary School in south Phoenix for three years before becoming a journalist.

Foley began his teaching career in Arizona for Teach For America. He also lived in Phoenix after he completed his MFA in 2003 and before he relocated to Chicago in 2004.

Foley's former student Eddie Martinez his wife started the Foley Foundation of Arizona in his honor.

Trump said al-Baghdadi died after running into a dead-end tunnel and igniting an explosive vest, killing himself and three of his young children.

Debris from the tunnel where al-Baghdadi blew himself up in using an explosive vest made it difficult to get to his body, but Americans were able to move the debris and confirm al-Baghdadi's identity.