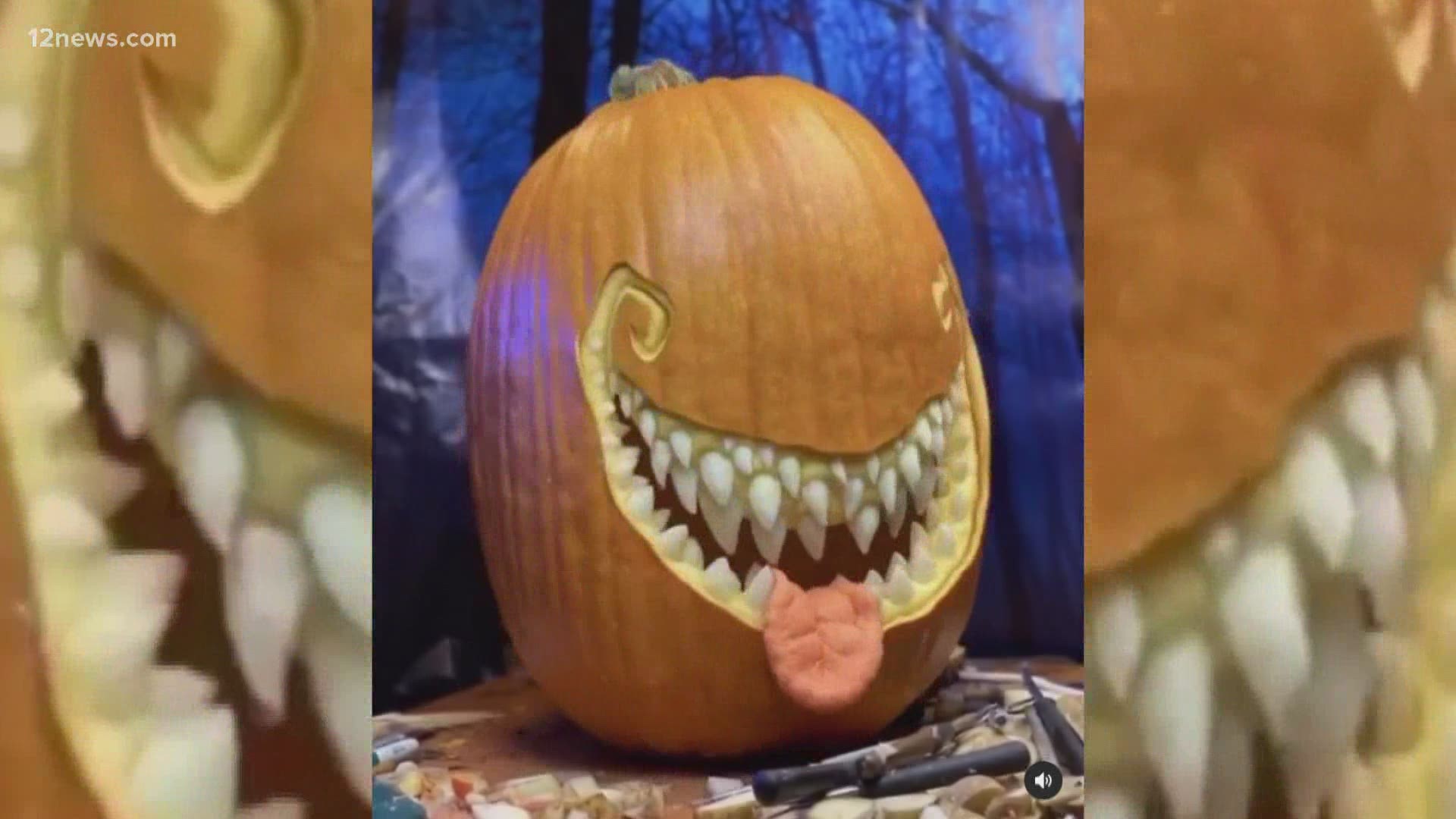 PHOENIX — An Arizona man's nickname is the "magic maker" and it doesn't take long to discover why: His pumpkin carvings are truly magical.

Ray Villafane discovered this unique talent with his students during his 13-year stint as a K-12 art teacher.

His carvings quickly went viral, with The Food Network enlisting him to help with a series of pumpkin carving shows.

Twenty-five years later, he's traveled all over the world, even carving a pumpkin for the White House.

Now Villafane has landed in Arizona, where for the past few years he has set up a Halloween pumpkin installation in Carefree.

But this year, he decided it was time for a change.

"Every fall I try to deliver as much whimsical and magic to the public as much as I can. We were working up in Carefree, creating Halloween displays," Villafane said.

"This year, decided to move the operation down more centrally located to the Valley, so here we are in Mesa, Arizona."

The new move was exciting but came with creative challenges due to COVID-19, figuring out how to have the event but with proper safety measures.

"Where people can walk downtown Mesa and check out 15 different locations that are embellished with pumpkin seeds, clever little storytelling, there's scarecrows pumpkins and little felted mice as well as some pumpkin carvings," Villafane said.

Not only can people view the installations through windows, but they can also participate in a free scavenger hunt to find 10 trick-or-treating felt mice.

"Hoping that when people come down to Mesa to check it out, (they) leave feeling a little magical, whimsical and in the Halloween spirit," Villafane said.

Villafane also posts pumpkin carving tutorials on YouTube. If you're looking to wow with your jack-o-lanterns, you'll definitely want to check it out. 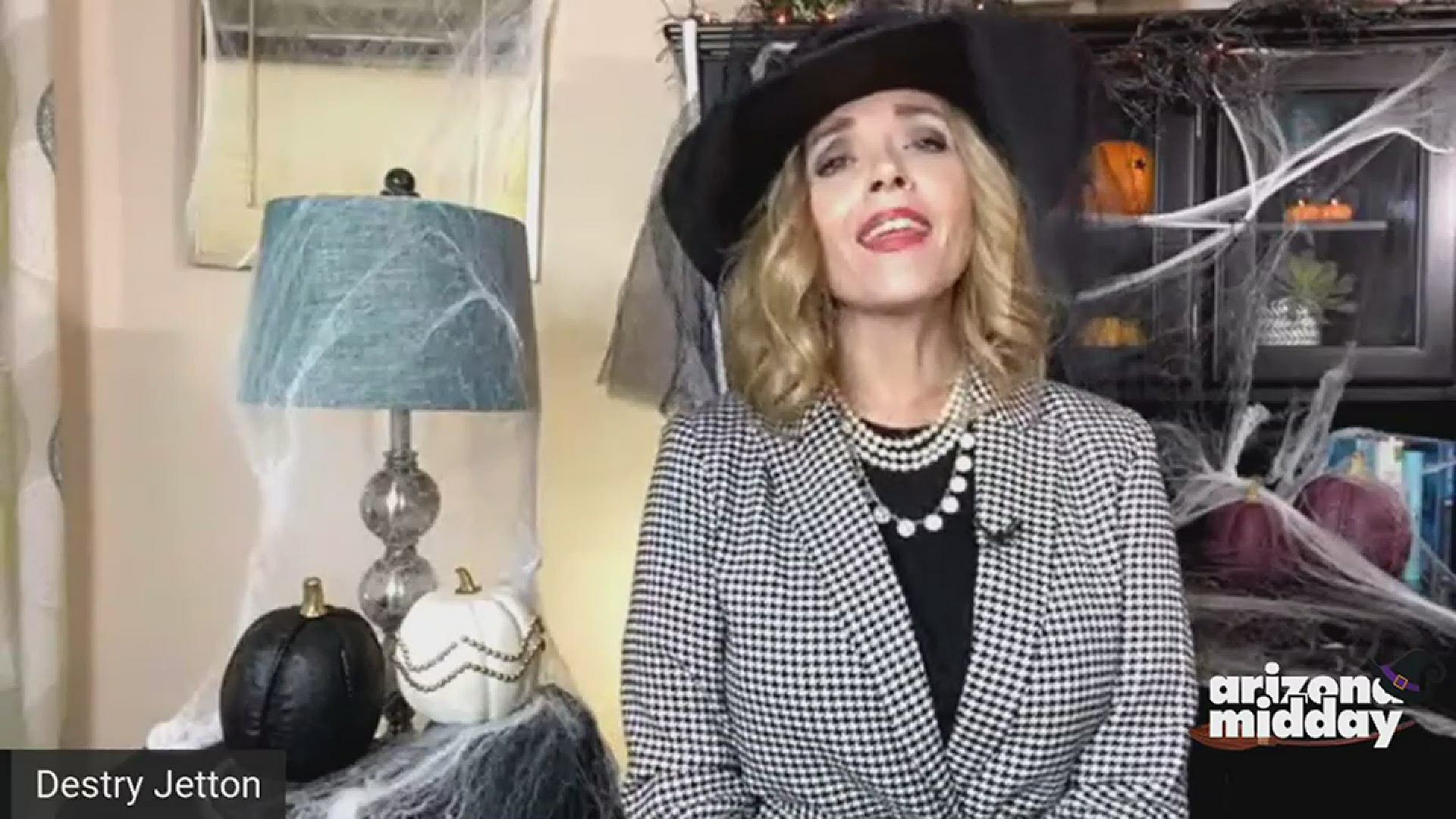