It all started with a handwritten note to Santa sent off in a balloon from Nogales, Sonora. The note floated to Patagonia and was found by one man determined to fulfill her Christmas wish. 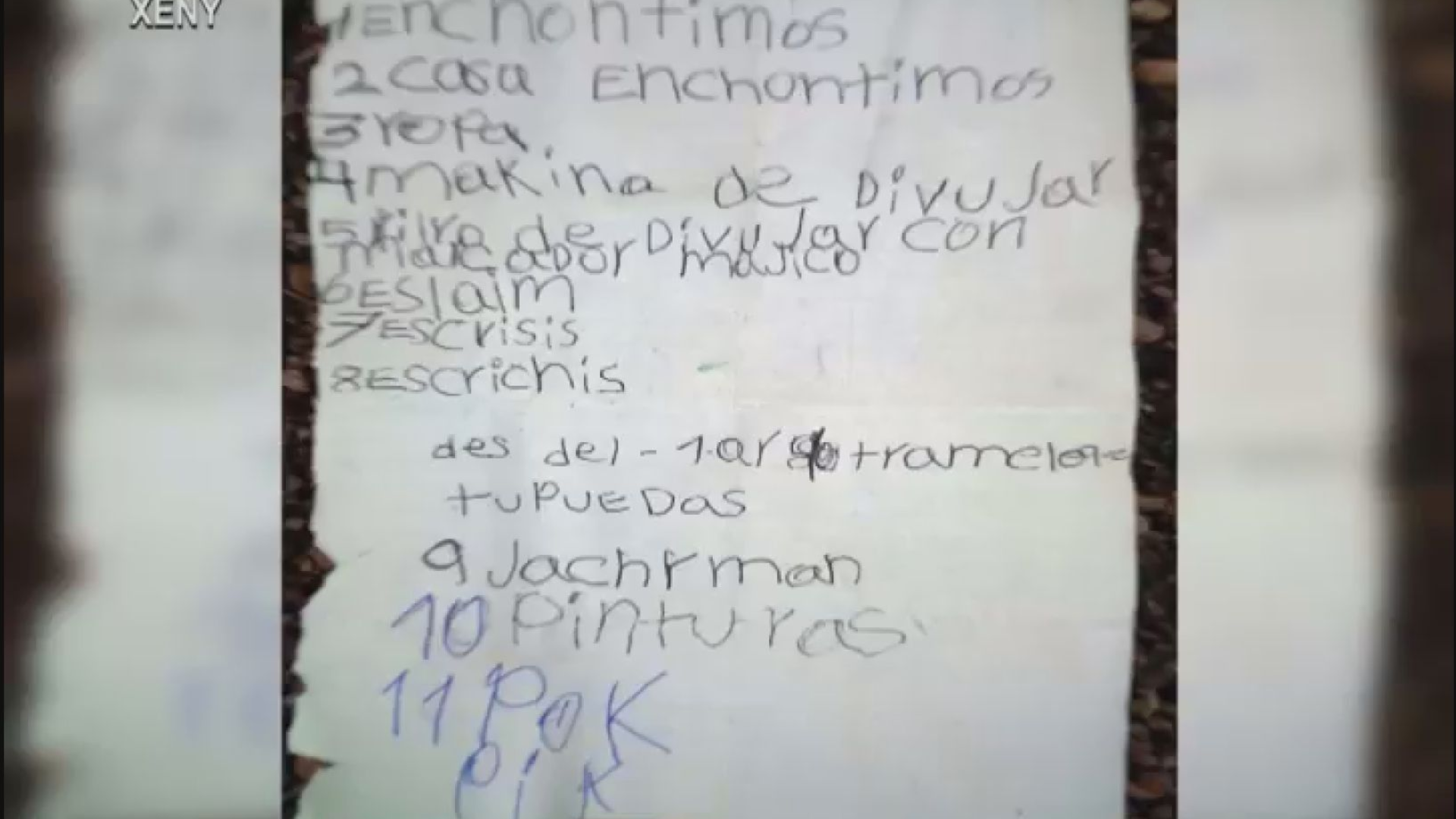 TUCSON, Ariz. – Love has no borders. That’s the message one Bisbee man is spreading after finding a sweet Christmas list inside of a balloon in Patagonia.

It all started with a handwritten note to Santa sent off in a balloon from Nogales, Sonora. The note floated to Patagonia and was found by one man determined to fulfill her Christmas wish.

“I saw the little note on the bottom of the ribbon and I said, ‘Oh I got to take a picture of that,'” Randy Heiss said. “Then I unfolded the note and I saw that it was written in Spanish from a little girl named Dayami.”

In her note, she asked for paints clothes and few toys.

“It really touched my heart to find it and I said well how in the heck am I going to be able to figure out how to make contact with this little girl and make her wishes come true,” Heiss said.

That was when he took to social media asking for a Sonoran radio station to share the little girls note in hopes to get connected.

Once connected, Heiss and his wife delivered the toys. This was a very special treat for the little girl and an even more special joy for the couple.

“We lost our son nine years ago,” Heiss said. “So we don’t have grandchildren in our future and so really getting to share Christmas with kids was something that’s been missing in our lives.”

Showing Randy and his wife that love has no borders.

“A 20-foot tall wall along the border. We got concertina wire stretched throughout it now,” Heiss said. “Nothing is going to stop the faith of a child and her Christmas wishes.”