The state of Arizona is one of few states without any texting-and-driving legislation. 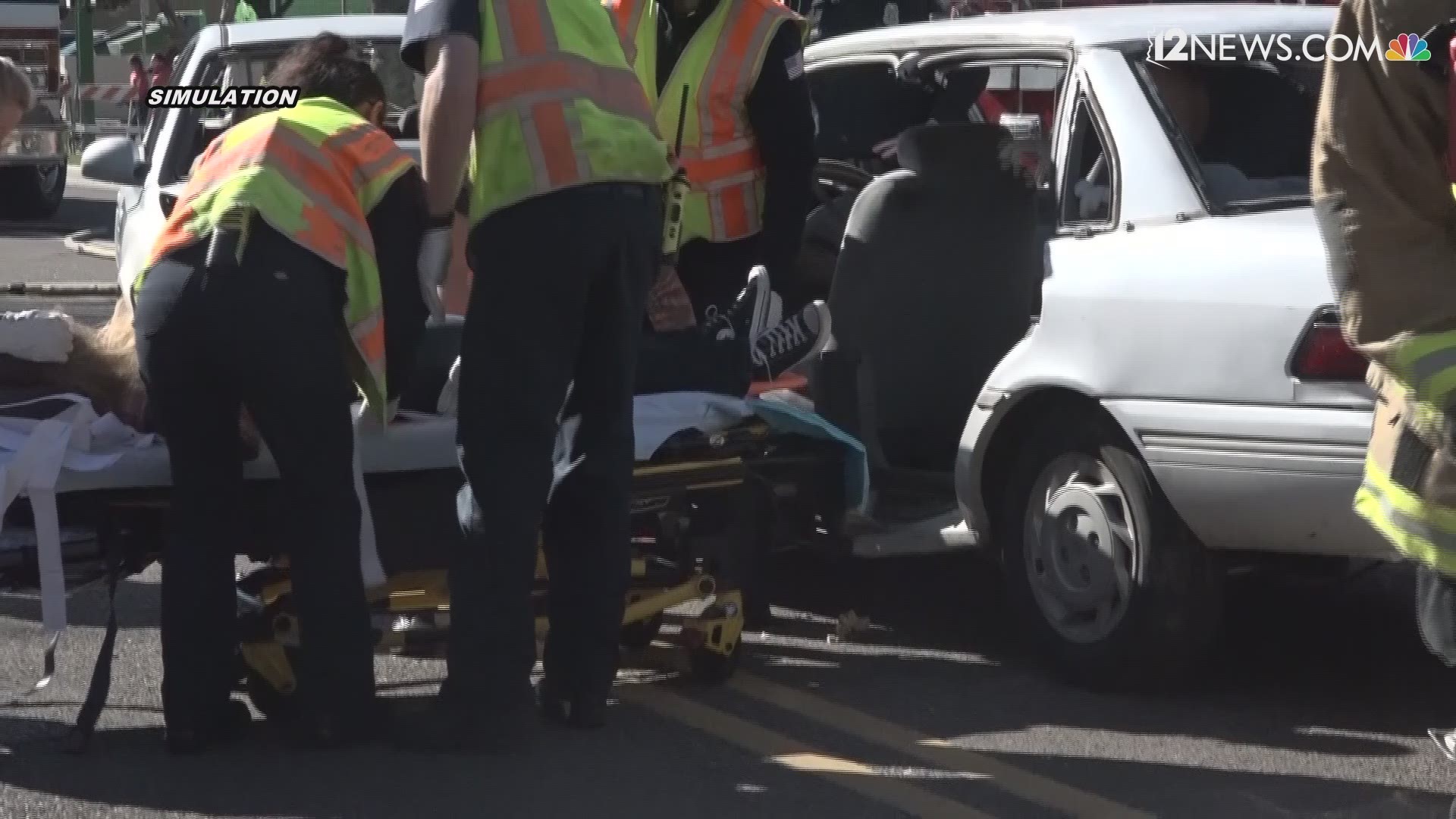 PHOENIX — Just two weeks after Officer Clayton Townsend was killed by a man who was texting and driving, community leaders are stepping up to bring awareness on the issue.

Though cities are passing their own bans on distracted driving, the state of Arizona has no statewide law against it.

“People recognize that it’s not something you should be doing, but yet they continue to do it,” said Jeremy Bethancourt, co-facilitator for the Annual Arizona Distracted Driving Summit.

The summit is where numerous organizations from around the state gathered to educate mostly young students on the serious consequences of distracted driving.

Brendan Lyons even brought the bike he was riding when a driver hit him and his girlfriend.

“Took his eyes off the road, looked down to see who was calling, drifted into the bike lane, striking us both from behind,” said Lyons. “But I’ve got nothing to complain about when I’m still alive and so many countless families no longer have their loved one, much like the family of Officer Townsend."

Officer Clayton Townsend was killed just over two weeks ago after 40-year-old Jerry Sanstead hit him while texting and driving. The Salt River police officer’s picture now sits as part of a makeshift memorial at the summit that remembers every person killed by a distracted driver in Arizona.

“As a legislator, I say what can we do so this doesn’t happen again,” said Republican State Sen. Kate Brophy McGee.

She says she’s drafting a bill that would help stop distracted driving. She plans to formally introduce it Thursday and calls it the “Hands-Free Bill.”