Employer says Sen. Tony Navarrete will be fired. At Capitol, GOP and Democratic leaders unite on call for Democrat to quit. And ethics investigation is moving ahead. 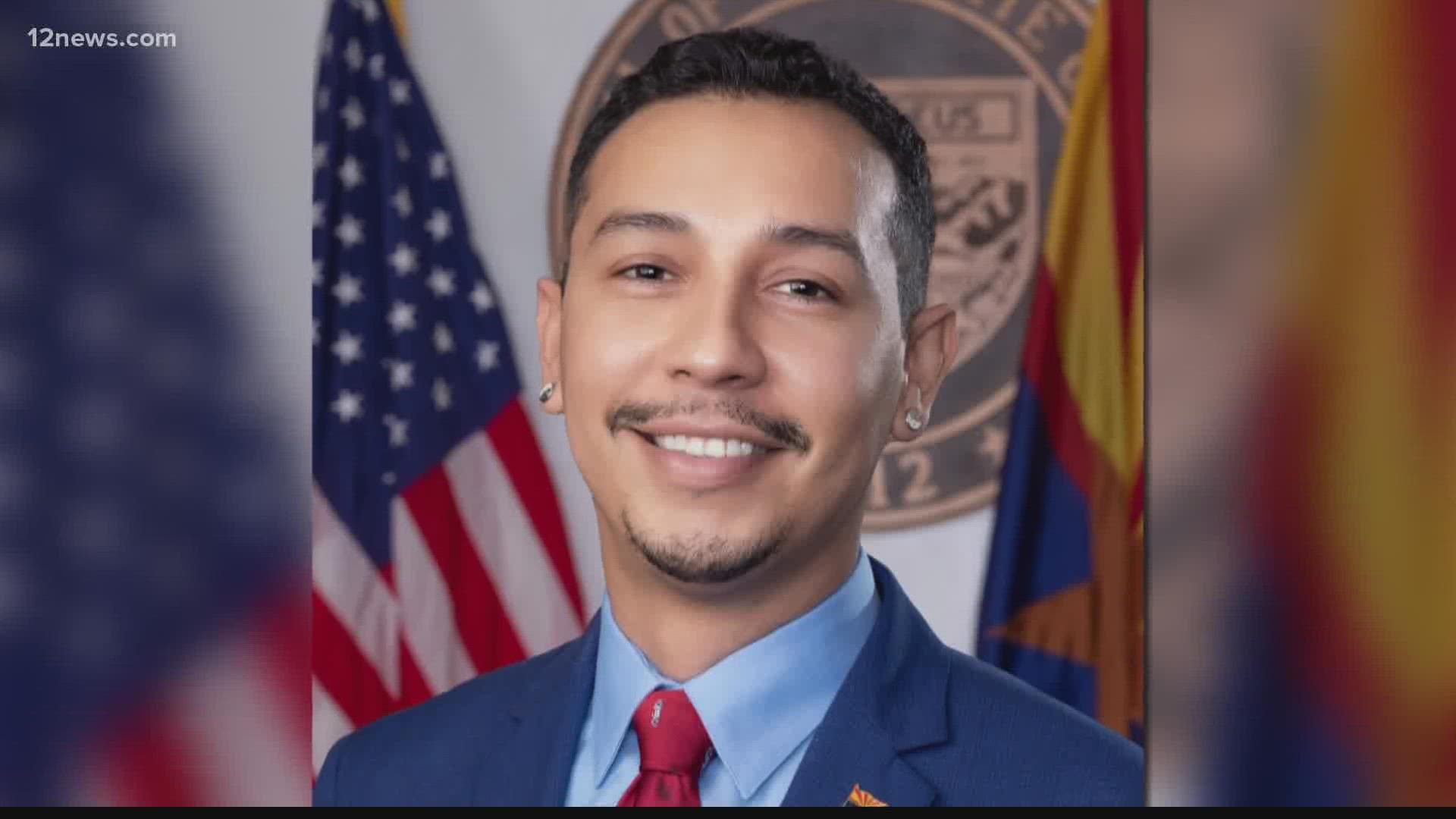 PHOENIX — In a rare joint statement, the Republican and Democratic leaders of the Arizona Senate on Monday called on Democratic State Sen. Otoniel "Tony" Navarrete to step down, after his arrest late last week on seven felony charges of sexual conduct with two children.

"In light of the serious and disturbing charges against Senator Navarrete, we are joining together to call for the senator’s immediate resignation," .Senate President Karen Fann of Prescott and Democratic Leader Rebecca Rios of Phoenix said.

The statement goes on to say:

"The circumstances and serious nature of the felony charges faced by Sen. Navarrete provide an untenable distraction from his role as an elected official and public servant for District 30.

"The senator also now faces a Senate ethics complaint, and no one benefits from any further delay in his ultimate resignation.  Child abuse and sexual misconduct of this kind is intolerable. We hope that justice will be ultimately served and pray for healing and support for all victims.”

In court on Friday, a Maricopa County prosecutor said Navarrete was paid $58,000 a year.

"We are heartbroken by the news. We remain in steadfast prayer for the victims," Neighborhood Ministries said in a prepared statement. The statement also provides details on security checks on Navarrete.

Navarrete is a 35-year-old Phoenix native who has served two terms in the Senate and one in the House, representing west Phoenix's District 30.

He was arrested at his home Thursday night after police recorded a phone call between the senator and his accuser, a now 16-year-old boy.

In the call, Navarrete acknowledged having sexual contact with the boy, the police report says.

The boy told police the day before that Navarrete had performed oral sex on him several times, beginning at the age of 12 or 13.

During the call, according to the police report, the victim asked Navarrete why he touched him inappropriately.

Navarrete told the boy he regretted what he did, but said he "wasn't well."

Within 24 hours of Navarrete's arrest Thursday night, all 43 Democratic members of the House and Senate called on Navarrete to step down, as did Fann and Republican Gov. Doug Ducey.

The complaint could lead to a formal sanction against the senator, up to expulsion.

Late Monday, Senate Ethics Committee Chairwoman Sine Kerr, a Buckeye Republican, said she was recommending an investigation into the Townsend complaint. Kerr said Navarrete has seven days to file a response to the complaint.

Navarrete's attorney, John Phebus, did not respond to a request for comment.

Navarrete was released from Maricopa County jail Saturday after posting a $50,000 bond.

A court commissioner ordered him to wear an electronic monitoring device and banned contact with minors or his accuser.

If Navarrete were convicted on all counts, the minimum mandatory sentence would be 49 years in prison, according to Maricopa County prosecutor Jeanine Sorrentino.

Navarrete's attorney argued for a lower bond and more lenient release, noting his client had cooperated with police.

A status conference was set for this Thursday and a preliminary hearing for Aug. 16, both at 10:30 a.m.

The police department has no evidence to believe there are other victims, police spokeswoman Donna Rossi told 12 News.

“In all cases we encourage people who believe they have been victimized to come forward,” Rossi said.