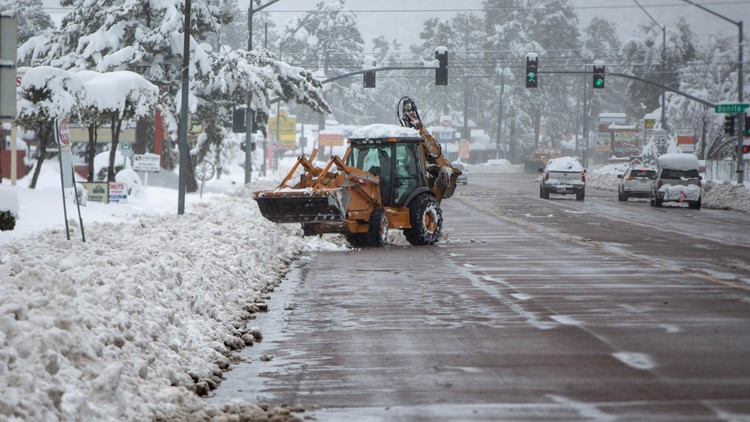 Arizona HS basketball championship in Prescott back on after being postponed

PRESCOTT, Ariz. - The Arizona high school division 1A and 2A basketball tournaments are back on, again, after being postponed due to severe winter weather on Friday morning.

Just yesterday, in the wake of a winter storm affecting most of the northern half of the state, the Arizona Interscholastic Association said games would go on as scheduled despite the snow emergency and concerns about the safety of those traveling from around the state to Prescott.

In a Facebook post Friday morning, the executive director of the AIA, David Hines, said the tournaments would be postponed, saying it was unsafe for teams to travel to the arena.

The association has flip-flopped again Friday afternoon saying now the tournaments will go on this weekend, but on a modified schedule:

Brackets for each division's tournament can be found here.

In another Facebook post, after comments flooded previous posts criticizing the AIA, the AIA apologized and outlined the events that led to the changing decisions. The AIA's Shay Pausa said he took phone calls and verbal abuse from parents. He also explained that the AIA was a nonprofit membership association comprised of Arizona schools after some in the Facebook comments on previous posts demanded investigations into the AIA.

Regardless, the games are being played in Prescott this weekend barring any inability for teams to make it to the arenas. To keep track of weather updates around Arizona, click here.