An eviction moratorium, put in place by the CDC in September, was the only tool keeping millions of tenants in their homes. 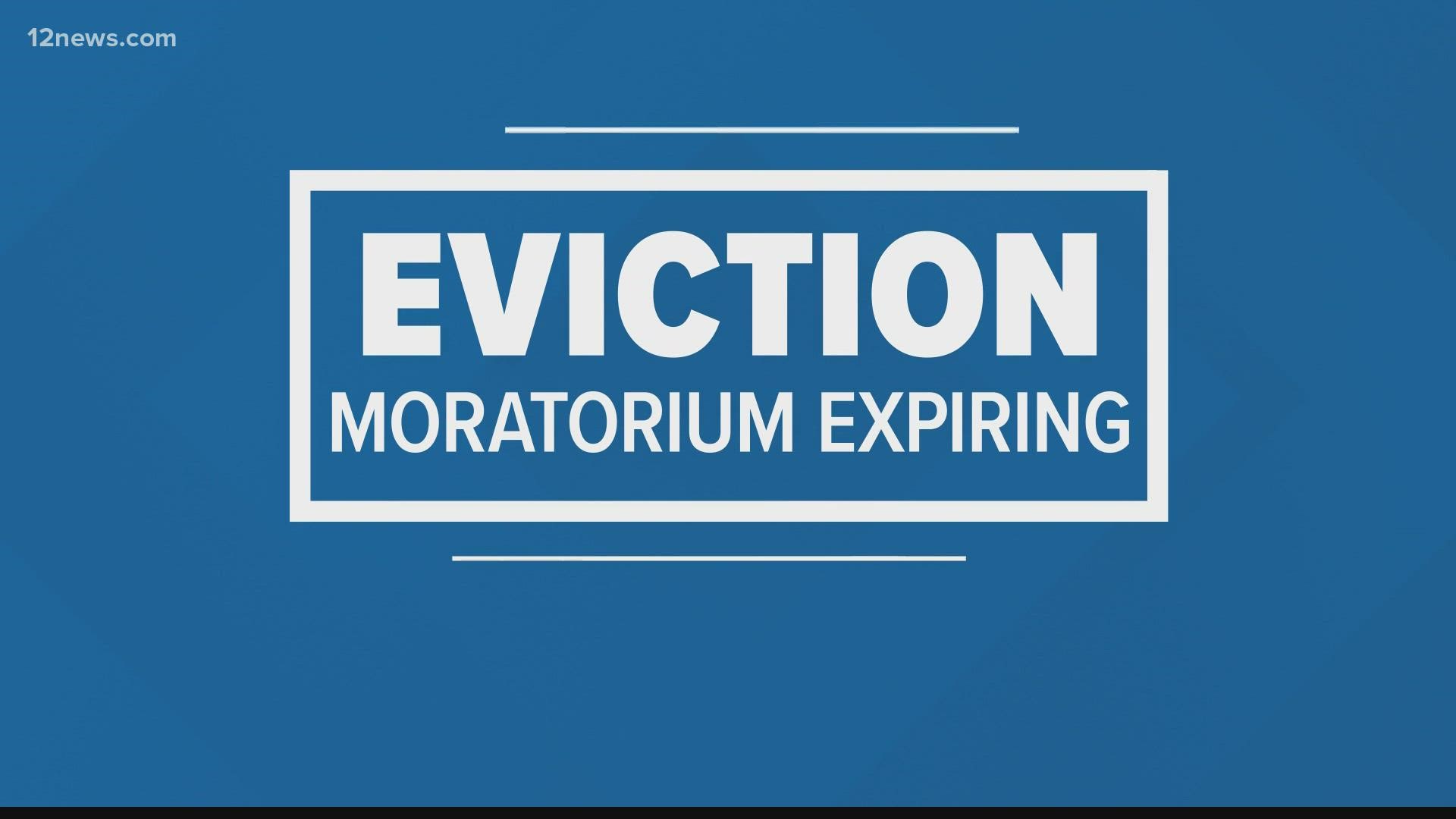 A federal freeze on most evictions enacted last year is scheduled to expire Saturday, after the Biden administration extended the original date by a month. The moratorium, put in place by the U.S. Centers for Disease Control and Prevention in September, was the only tool keeping millions of tenants in their homes. Many of them lost jobs during the coronavirus pandemic and had fallen months behind on their rent.

Landlords successfully challenged the order in court, arguing they also had bills to pay. They pointed out that tenants could access nearly $47 billion in federal money set aside to help pay rents and related expenses.

Advocates for tenants said the distribution of the money had been slow and that more time was needed to distribute it and repay landlords. Without an extension, they feared a spike in evictions and lawsuits seeking to boot out tenants who were behind on their rents.

Even with the delay, roughly 3.6 million people in the U.S. as of July 5 said they face eviction in the next two months, according to the U.S. Census Bureau’s Household Pulse Survey. The survey measures the social and economic effects of the coronavirus pandemic every two weeks through online responses from a representative sample of U.S. households.

Here’s the situation in Arizona:

WHAT’S THE STATUS OF EVICTION MORATORIUMS IN THE STATE?

Arizona was among several states that enacted a moratorium last year halting eviction proceedings. That measure expired Oct. 31, leaving only the CDC moratorium.

It's unknown what will happen Aug. 1 after the CDC's ban ends, according to officials with Maricopa County’s Justice Courts, which handle the bulk of Arizona's evictions. They and housing advocates say they don't expect too many evictions related to the end of CDC protections for at least 10 days to two weeks after the moratorium runs out.

Preliminary Maricopa County Justice Court numbers show that 2,985 eviction lawsuits were filed in June, almost double the number during the same month last year but around half of the 5,669 filed in June 2019.

To help tenants with outstanding rent and other expenses, Arizona has received about $900 million, about half from emergency rental assistance approved by Congress in December, with another big chunk from the American Rescue Plan. Renters earning 80% or less of the area median income and who meet Treasury Department requirements qualify.

About $289 million of the assistance is being distributed by Arizona’s Department of Economic Security’s emergency rental program to 12 of the state’s smaller rural counties. But the agency acknowledges so far only about $7.3 million of that has gone to 1,715 approved applicants. Local governments are distributing federal rental assistance money in larger Maricopa, Pima and Yuma counties.

Tenants, landlords and advocates complain the distribution process has been slow because of cumbersome federal requirements.

HOW ARE THE COURTS HANDLING EVICTION HEARINGS?

Eviction hearings in Arizona continue to be held remotely, and the CDC moratorium has meant that thousands of eviction lawsuits have been stayed. But Arizona housing advocates and court officials note that eviction lawsuits have proceeded in cases where tenants failed to file the required declaration for protection, missed a hearing or otherwise didn't follow rules. Still, evictions filings in Arizona dropped statewide from 87,933 in the 2019 fiscal year to 74,013 in 2020 fiscal year ending June 30, 2020.

HOW AFFORDABLE IS HOUSING IN THE STATE’S MAJOR RENTAL MARKETS?

Arizona has a tight rental housing market, driven in part by a strong economy and an ongoing flood of people moving to the state from California and the Midwest, squeezing an already limited supply of affordable housing.

Greater Phoenix has seen some of the fastest-rising rents in the United States, with growth soaring into the double digits in several trend reports over the past year.

As of June, the median monthly rent in the Phoenix metro area had risen 21% over the last year to $1,590, according to a report released July 15 by Realtor.com. Median rents for a two-bedroom apartment are $1,800.

Low rental vacancy rates haven't helped, standing at 4.7% in Arizona and 4.1% in metro Phoenix during the second quarter of 2021, both down from the first quarter and below the 6.2% national average for the period, according to census data. Construction of multifamily homes has been steady, but insufficient for demand.

ARE EVICTIONS EXPECTED TO CREATE A SURGE IN HOMELESSNESS?

It’s hard to say how much homelessness will increase in Arizona. One indication might be census data showing 80,000 state residents are concerned about the possibility of eviction in the next two months.

“It would be hard for homelessness not to increase,” said Chris Groninger, the Arizona Bar Foundation's chief strategy officer and tenant advocate.