His friend had to search three hours for an area with cell service to call for help. 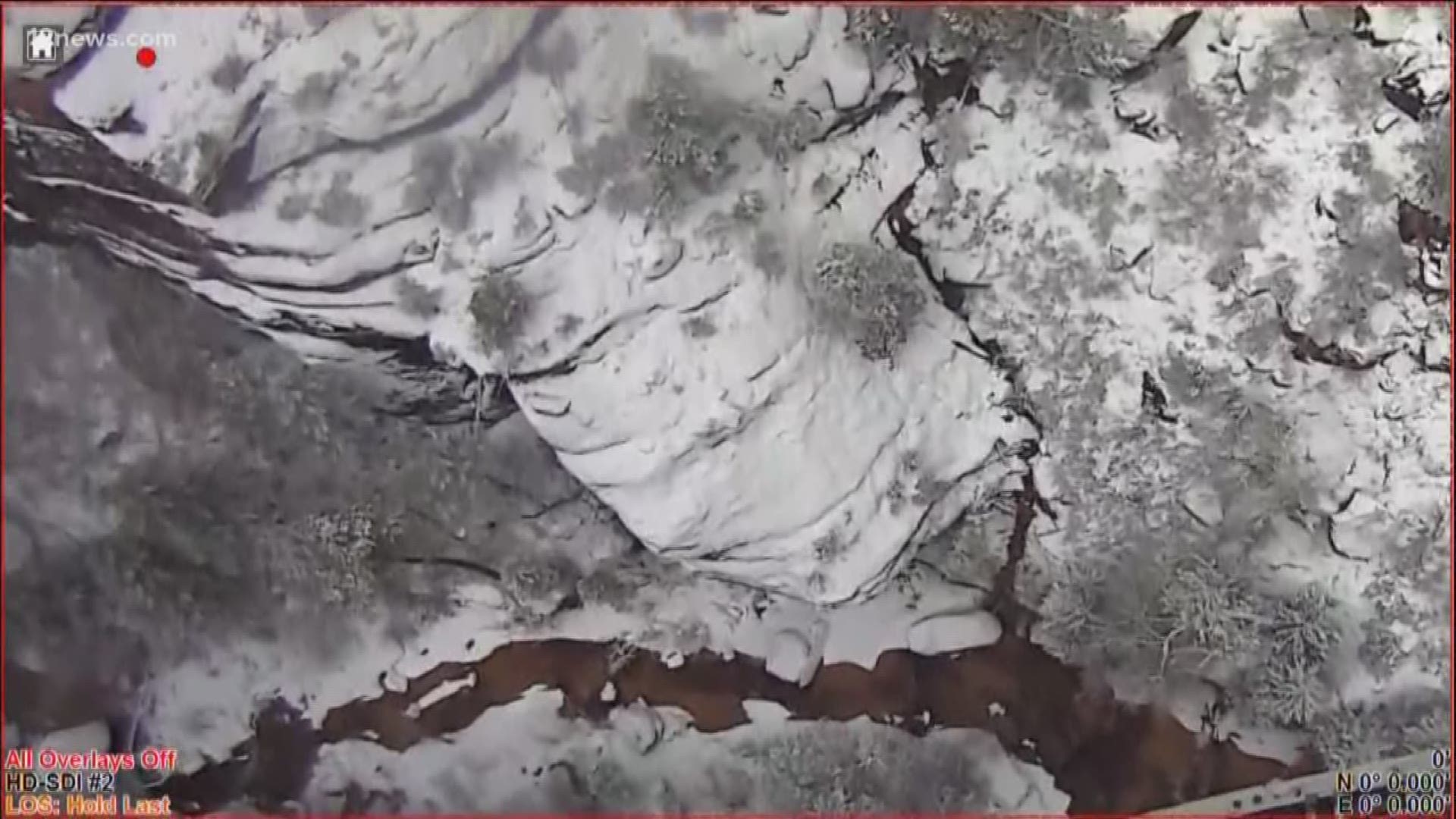 SPRINGDALE, Utah (AP) — Authorities have rescued a hiker who got stranded in a creek during winter weather at Zion National Park in Utah after his leg got stuck in quicksand.

Zion National Park says the man from Arizona and his companion were unable to free him after his leg got buried in quicksand and water Saturday afternoon.

The man's friend left him with gear to keep warm and went looking for help.

She called 911 about three hours later once she reached an area with cell service.

The stranded man and his companion both suffered from hypothermia.

Rescuers worked for two hours to free the hiker.

They had to spend the night with the hiker as four additional inches of snow fell overnight.

Eventually, a helicopter was used to take the hiker out of the area. 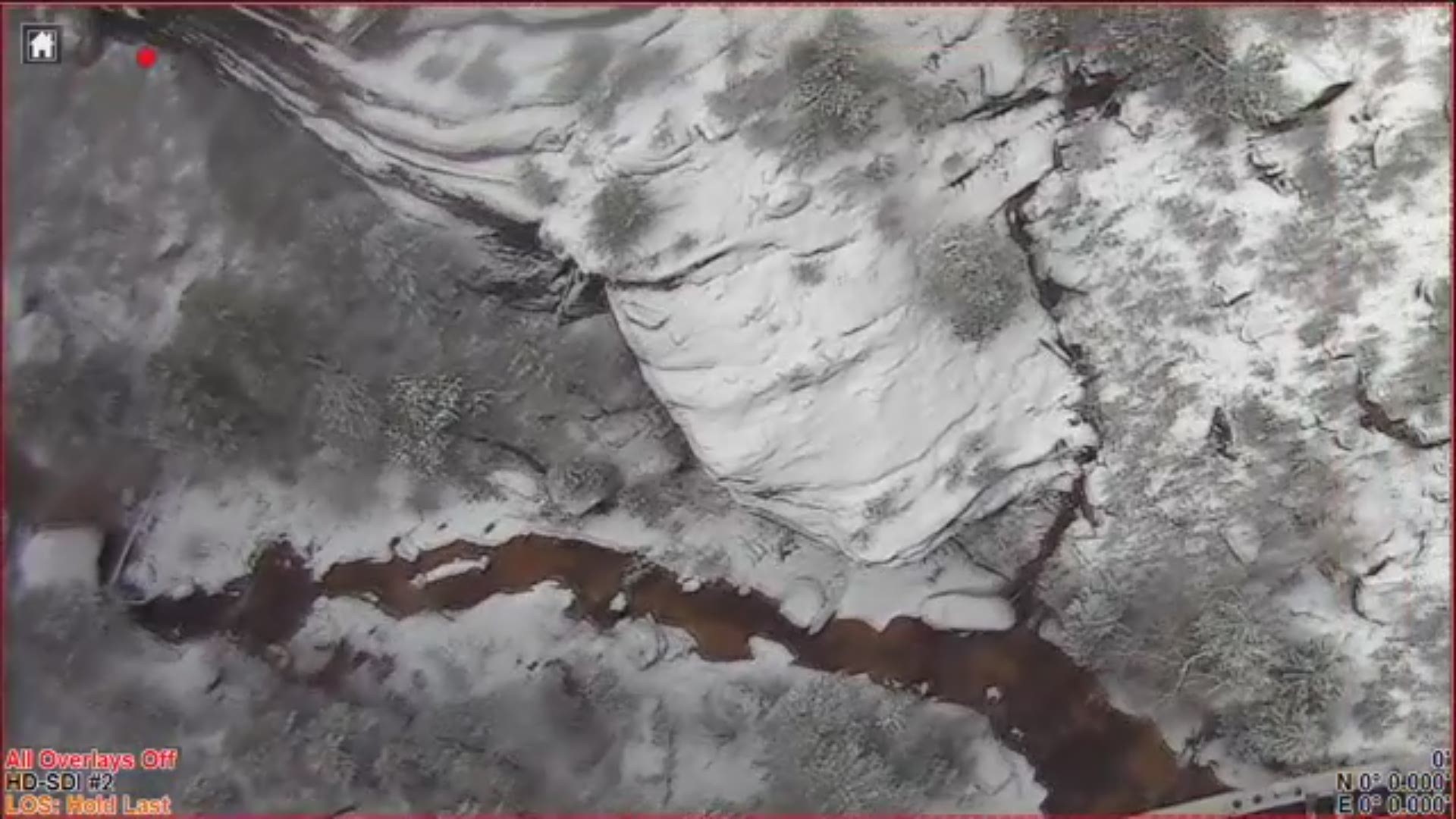 Utah DPS trooper Wyatt Weber was part of the crew that helped rescue the man. He said he's never been called to a quicksand rescue before.

"I thought that was something from Princess Bride," he said.

Weber said there was nothing the pair did wrong to find themselves in that situation beyond simply hiking in the cold. They brought appropriate clothing and he said that the woman made the right call to leave her fellow hiker to find help, and the man was all prepared to be pulled out by the time the helicopter arrived.

"When we flew up in there and initially looked at him, we saw where they were, we saw that the rangers had done an excellent job of getting him ready and packaging him," he said. "We were confident that we could get him out. We had a break in the weather, fortunately, that allowed us to get into the canyon and rescue him."