Ducey is expected to work with legislative leadership, local communities and state fire professionals on specifics with a goal of convening next week. 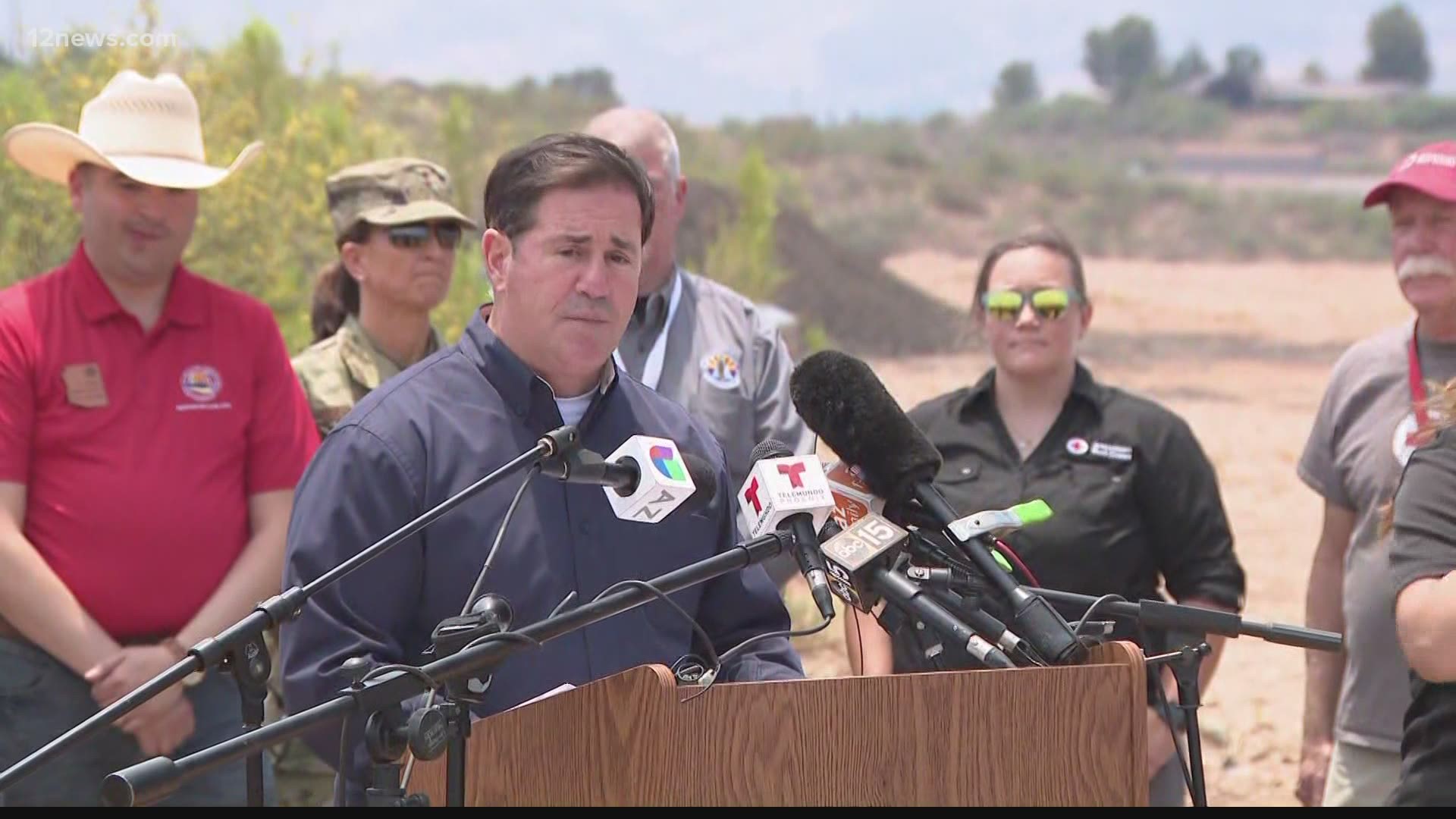 According to a release from the governor's office, Ducey is expected to work with legislative leadership, local communities and state fire professionals on specifics with a goal of convening next week.

“We will spare no expense when it comes to protecting Arizona communities from wildfires,” Ducey said in a statement. “It’s absolutely imperative that we go into this fight prepared. We will continue to put all our efforts towards these fires so we can contain them and prevent any more hurt, loss and suffering in our communities.”

The special session was announced by Ducey during a press conference at High Desert Middle School in Globe. Ducey, lawmakers and several fire fighting officials gave an update on the firefighting efforts for the Telegraph and Mescal Fires in Pinal and Gila Counties.

“The men and women fighting these fires are doing an amazing job but we have a lot more to do, and our response won’t end when the fires are put out,” the Governor said. “When this year’s monsoon rains come, these burned areas are prone to floods, landslides and mudslides. We will work with our partners in cities, towns and counties to ensure resources are available to prevent that destruction.”

Once it begins, the special session is set to allow Gov. Ducey and the Legislature to secure the funding and support needed to help Arizonans stay safe and supported during wildfires. Additional details on the upcoming session should come at a later date.

Combined, the Telegraph and Mescal fires have burned more than 155,300 acres in Arizona.

Stay up-to-date with the latest wildfire coverage in Arizona by subscribing to the 12 News YouTube channel.