The Associated Press has called Arizona for Biden, but ballot counts continue to be updated in Arizona tightening the margin between Biden and Trump. 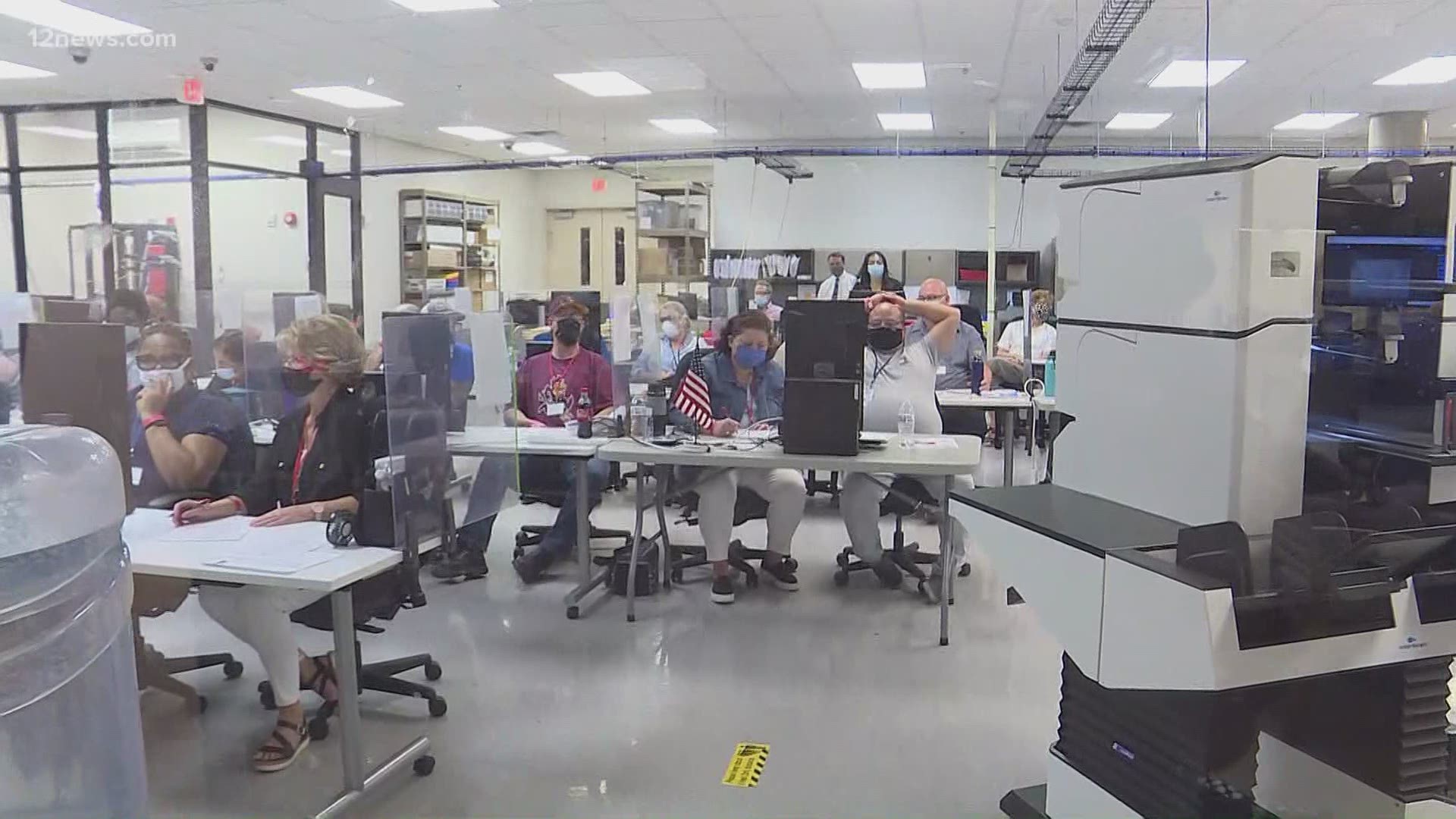 PHOENIX — Editor's note: You can find the latest results, precincts reporting and voter turnout from the 2020 general election on the Arizona Secretary of State's Office website.

While the Associated Press called Arizona for Joe Biden at just before 1 a.m. on Wednesday, votes continued to be counted in the state, the race is getting closer and new ballot counts are dropping.

Joe Biden currently leads President Donald Trump in Arizona by 47,052 votes, a lead that has narrowed in the past two days.

The next ballot drop is expected to come at 9 a.m. Friday.

The nation's eyes are on Arizona as Biden can secure the election with Arizona and Nevada, where he also currently leads Trump.

Conversely, Trump needs to flip either Arizona or Nevada his way, in addition to winning Georgia and Pennsylvania, where he holds slim leads as votes continue to be counted.

The Associated Press called the race for Biden at 12:51 a.m. on Wednesday, with him leading Trump by two points with 100% of precincts reporting.

Arizona Gov. Doug Ducey urged patience on Wednesday, saying he wants all of Arizona's voices to be heard.

"Arizonans turned out in historic numbers for this election, and we owe it to them to count their votes," Gov. Ducey said in a statement on Wednesday.

"The results have shifted greatly hour by hour, and from last night until today. With hundreds of thousands of votes still outstanding, it's important that we be patient before declaring any races up or down the ballot. Arizonans have cast their votes, and we need to make sure all their voices are heard fairly and accurately."

On Thursday, Gov. Ducey released another statement as the state continues to count ballots:

"I want to thank the voters of Arizona for having patience. I encourage media outlets, cable news and national pundits to do the same, and to avoid the temptation to declare a winner until our Arizona election officials have finished their jobs. We’ve seen dramatic changes to races up and down the ballot since Tuesday night, including for President. All of this underlines the importance of not jumping to conclusions in the state of Arizona until there is a final outcome in all counties. In Arizona, we count votes received up until Election Day. That’s it. No judges have intervened and no last-minute changes have been enacted. We’re following established Arizona election law to the letter."

Around 12:30 a.m. early Wednesday morning, Trump spoke at the White House, saying he believed he still had a good chance to win Arizona.

"We're just now getting into what they call Trump territory," the president said. Trump criticized another network that called Arizona for Biden.

Trump added: "We will be going to the U.S. Supreme Court. We want all voting to stop. We don't want them to find any ballots at 4 o'clock in the morning and add them to the list."

The Associated Press said on Wednesday that Biden won both Michigan and Wisconsin after a flip overnight.

RELATED: Does your Arizona ballot status say 'canceled'? Here's what it means.