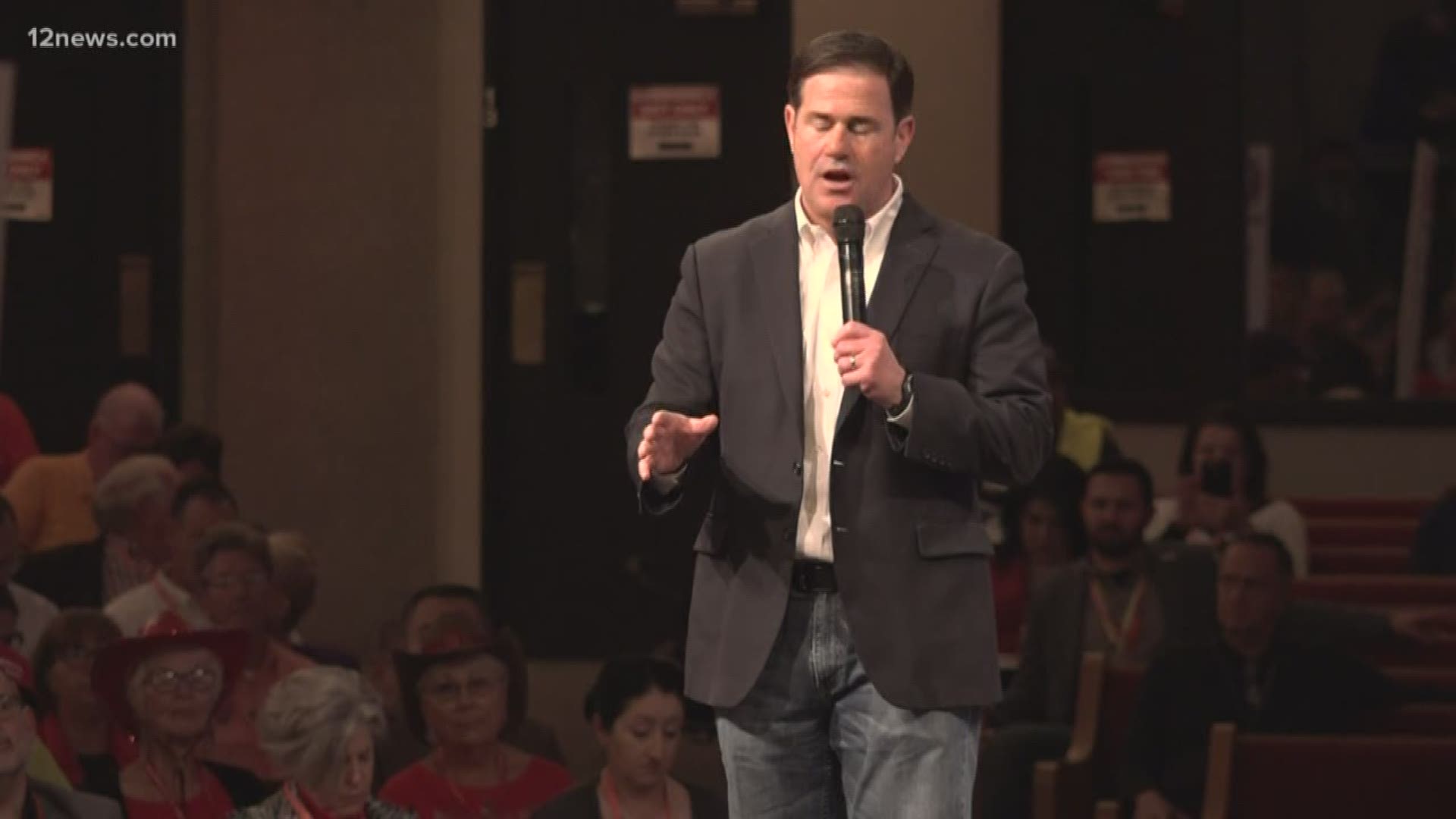 At a time when all eyes are on Washington with President Donald Trump's impeachment trial underway, Republican leaders in Arizona are working to come up with more party support here in the state.

The impeachment trial and the upcoming election were both hot topics at the Arizona GOP State of the Party meeting on Saturday.

"If you've been watching at all, I'm sure you think it's more painful than having major dental surgery," Sen. Martha McSally said in a video sent in from Washington.

Trump's impeachment trial has been going on all week, starting with opening arguments from the democratic side.

"The constitution demands the removal of Donald J. Trump as President of the United States," says Sen. Adam Schiff, in a marathon of House managers condemning the President and his actions.

Trump's team started their defense Saturday morning and they could finish presenting their case Monday, when the trial resumes.