Dozens of Arizona firefighters who worked in the rubble at ground zero suffer from lung sicknesses. 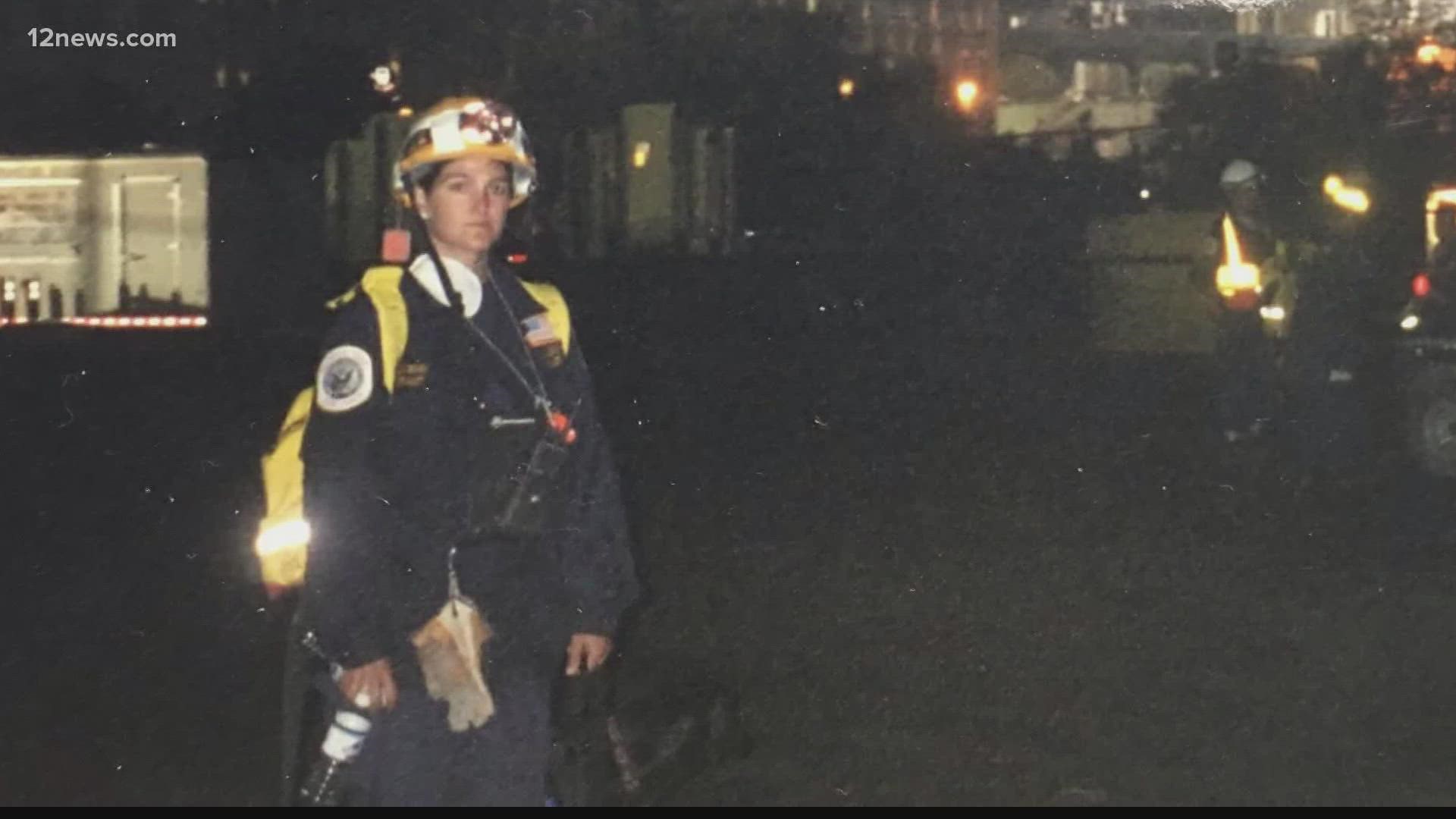 PHOENIX — Even 20 years after the 9/11 attacks, dozens of Arizona firefighters who worked in the rubble at ground zero suffer from lung sicknesses and even cancers believed to be connected to toxins at the site.

"I think about it every morning. Because every morning from the day I got back, I cough,” said Reeny Shannon, a retired Captain from the Peoria Fire Department.

Shannon suffers from what’s often referred to as the World Trade Center Cough. She now works part-time at a northern Arizona fire department and volunteers as a wilderness rescue K-9 guide.

More than 60 first responders from Arizona dug away debris and worked in the proximity of ground zero for 10 days. The site was still smoldering and considered an active pile when firefighters arrived there several days after the Sept. 11 attacks.

A leader of that task force tells 12 News that like Shannon, many of them still have coughing problems and several were diagnosed with cancers family members believed are linked to toxins at the site. At least three of those firefighters have died from cancer.

“There are a lot of people who have had respiratory issues since then and they definitely see that event as a marker in time as when their lives changed,” said Jay Strebeck, a retired Deputy Chief Phoenix Firefighter.

Strebeck was a rescue squad leader in the task force.

Arizona Task Force 1 was made up of 62 members, primarily Phoenix firefighters. It included police officers, doctors and dog handlers. The team was designed to be self-sufficient in the first 72 hours of any emergency anywhere in the country.

Shannon said she uses an inhaler every morning to alleviate her coughing fits. She takes supplements, does not eat meat and maintains an exercise regimen to stay in good health. She also gets annual check-ups through the World Trade Center Health Program.

“I don’t regret going. But I regret not taking on all the precautions that were available to me, not knowing how serious the atmosphere was,” Shannon said.

RELATED: My first day as a TV reporter was on 9/11. Now I’m covering its 20th anniversary

She wants other firefighters to learn from her experience.

“When you go to those types of disasters, wear your PPE. Not just on the pile, or in the tunnel, but when you are in the perimeter. When you take a break, go as far away as you can where there is clear air because it’s real,” Shannon said.

The K-9 Shannon used at ground zero, Everest is now deceased and is memorialized in a book of paintings that honors 9/11 K-9s.

“Oh, that was the best dog ever. She was my first search dog,” Shannon said.

Shannon has two K-9’s, Molly and Sully. Molly is close to retirement and Sully is a 16-month-old Belgian Malinois being trained for future wilderness search and rescue efforts.