Joshua Eugin died last October after he participated in a “blackout drill" with his fellow Saint David Fire District firefighters. 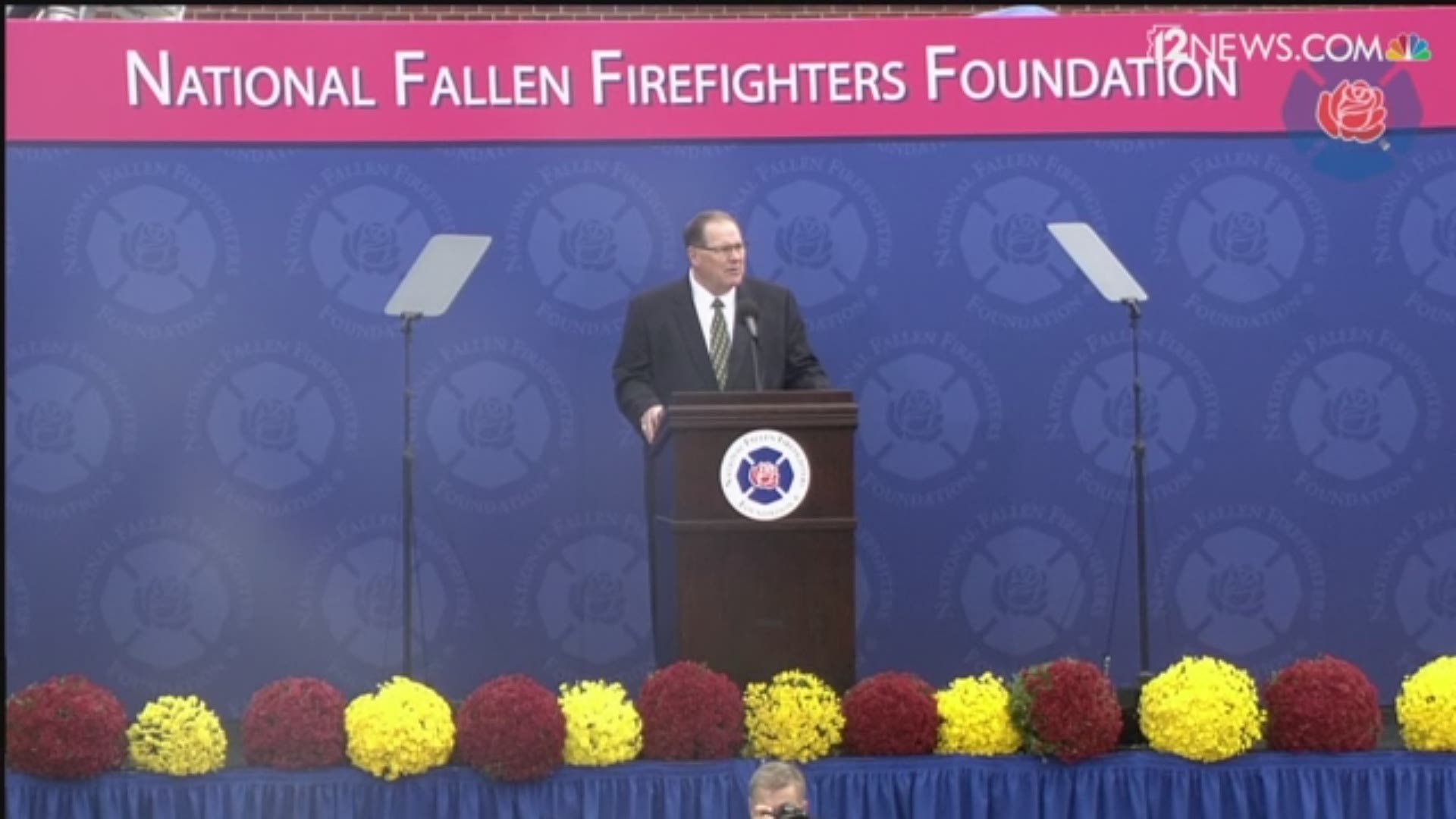 An Arizona firefighter who died in the line of duty last year after he collapsed during a training drill was honored during a national memorial on Sunday.

Joshua Eugin was one of 92 firefighters who died in the line of duty in 2018, according to the National Fallen Firefighters Foundation.

He was remembered during the official national service at the National Fire Academy in Emmitsburg, Maryland, on Sunday.

Eugin's name will be added to the National Fallen Firefighters Memorial on the Academy grounds.

Eugin died last October after he participated in a so-called “blackout drill" with his fellow Saint David Fire District firefighters.

Eugin collapsed in front of about a dozen people, according to Fire Chief Loyal Gephart.

CPR was administered and Eugin was taken to a local hospital, where he later died.

Eugin had been with the department for 11 months. He also had military experience.