Phoenix, Mesa and Tucson and other cities and tribes declared states of emergency in response to the coronavirus outbreak. 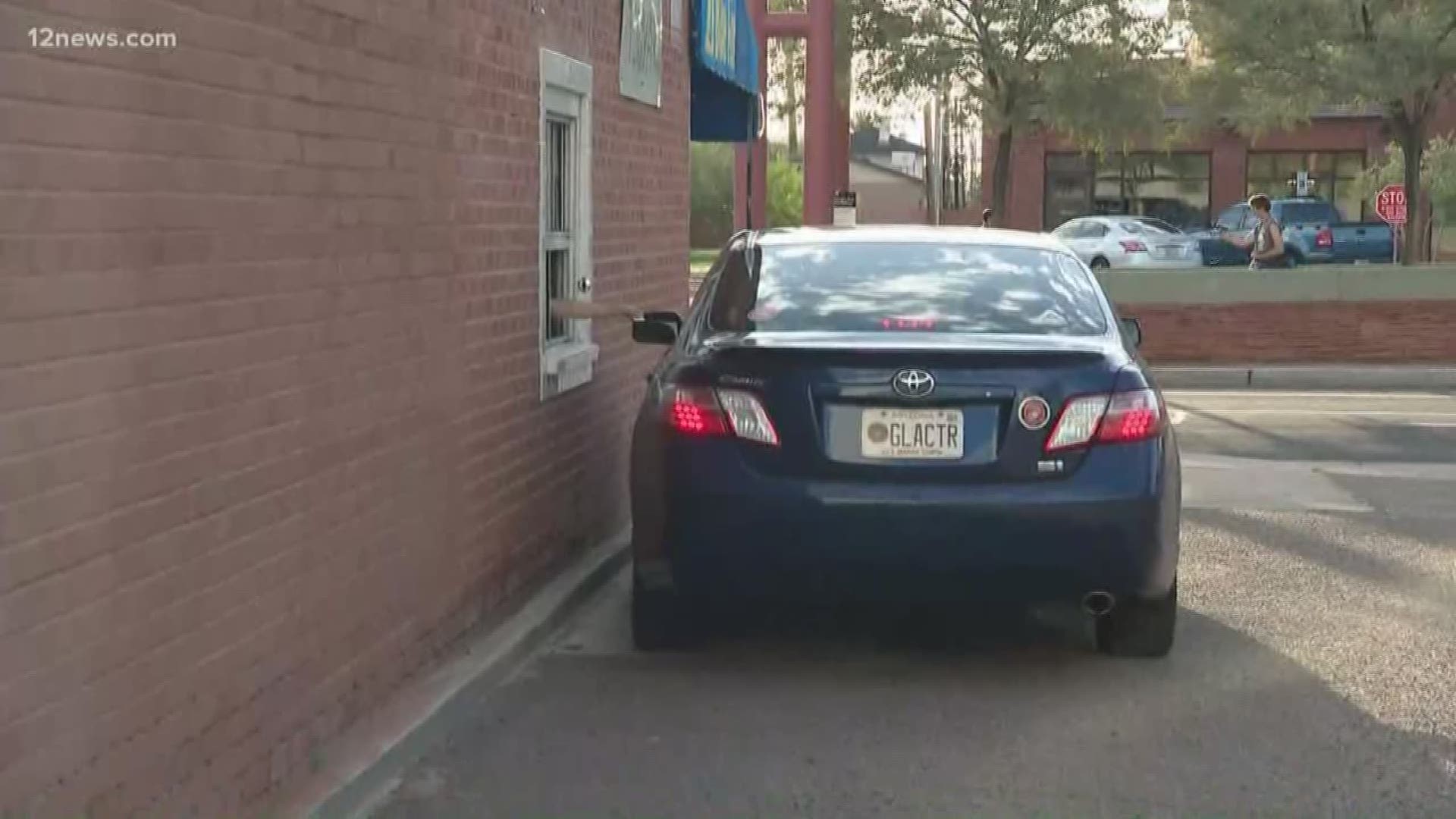 PHOENIX — Cities and tribes in Arizona have been passing ordinances or declaring emergencies amid the coronavirus pandemic stretching across the globe.

Mayor Kate Gallego tweeted she was declaring a state of emergency in Phoenix on Tuesday March 17.

All bars will have to close and restaurants may only offer takeout, delivery or drive-thru services beginning at 8 p.m. Tuesday.

In a video posted to social media, Gallego described the outbreak in alarming terms.

"What (health experts) have told me," the mayor said, "is that right now they are preparing to treat people in tents because they don't have enough beds, that we expect doctors to have to make heartbreaking decisions about who gets a ventilator and who doesn't.

"They said that by declaring an emergency, we at the City of Phoenix can help them save lives."

"This is a very difficult time for our country and our city, but we are trying to do our best we can to support our health care system, and give them a fighting chance."

The county board declared a local emergency for the entirety of the county Wednesday, March 18.

Chairman Clint Hickman signed a Proclamation of a Local Emergency in Maricopa County.

This will provide additional resources to assist the county with coordinating response measures during the coronavirus outbreak.

The county opened its Emergency Operations Center to manage and prepare for suspected or confirmed cases in Maricopa County and to implement measures to mitigate the spread of the virus.

Mayor Giles said city departments have been asked to work from home except those that provide services like trash pick-up, utilities and public safety.

The state of emergency in Mesa will likely last through the end of April, Mayor Giles said.

Restaurants, bars, gyms, places of worship and businesses that may have gatherings of 10 or more people are not being closed, but city officials are encouraging them to adhere to CDC recommendations of social distancing.

The declaration will let the city use emergency funds to get supplies and materials and to request financial and other forms of assistance from federal, state and county authorities to help prevent the spread of the virus in the city.

Mayor Kevin Hartke signed an emergency declaration that gives him and the city council the authority to impose necessary regulations.

Businesses aren't being forced to close down, but they are "strongly encouraged" to follow CDC guidelines.

Libraries, recreation centers, senior centers, and aquatic centers and pools are closed to the public through March 31. All events on city property through April 30 have been postponed or canceled.

The declaration allows the city to request funds and support from the county, state and federal governments.

Businesses are not being forced to close, and restaurants are not forced to curtail their service just yet. However, if they are not responsive to public health guidelines, the mayor said he would take further action.

"We have always had a great relationship with our business community, and I am confident that they will do the right thing, as they always have," Mayor Weiers said in a recorded statement.

The city manager has been asked to temporarily relax zoning codes and other restrictions to accommodate takeout and drive-thru services.

Mayor Georgia Lord issued an emergency declaration Thursday to get financial aid from the state and federal government.

It remains in effect until the mayor ends it.

City of Maricopa - State of Emergency

Mayor Christian Price issued an emergency declaration on Friday to ensure city officials can act swiftly and the city can access additional funds if needed to respond to the coronavirus outbreak.

The Havasupai Tribe Council declared a State of Emergency for the tribe Friday night. The tribe sought to request access to federal funds to fight the spread of the coronavirus.

There will only be one site operating in the county due to a deficit of supplies. It will run from 10 a.m.- 3 p.m. at the Coconino Community College East Campus on Fourth Street in Flagstaff.

The Coconino County Board of Supervisors issued a State of Emergency. The declaration takes effect March 19 and is to continue through April 1.

The county has also detected community transition, or when a source of exposure cannot be directly traced back, of the virus.

Peoria Mayor Cathy Carlat has declared a state of local emergency in response to the coronavirus outbreak.

This allows the city to deploy emergency management measures as necessary within the city and makes sure the city can readily access state and federal assistance as it is made available.

Peoria has closed the city hall and all other city buildings to the public. All city meetings, including City Council and Planning and Zoning meetings, will be streamed on the City of Peoria's Youtube page for citizens to view.

The City of Sedona updated its emergency proclamation to prohibit anything but to-go service at restaurants, food courts, cafes and similar businesses.

Bars, theaters, museums, gyms, bingo halls and other entertainment facilities are being forced to close. The Sedona Visitor Center is closing as well.

The emergency proclamation does not affect rooming services at Sedona hotels and resorts, although the Enchantment Resort and Mi Amo Spa announced it will close as of March 22.

The mayor's office has not yet given specifics on the full details of what this ordinance entails.

The City of Tempe passed an emergency ordinance on Wednesday declaring an emergency affecting life, health, property, or the public peace.

Tempe Mayor Mark Mitchell issued a proclamation on Thursday to order the closure of Tempe bars, in-restaurant dining, and recreational and entertainment venues at 8 p.m. Thursday.

Restaurants, bars and clubs would only be allowed to offer takeout or curbside pick-up service.

Gyms and workout studios in Tempe were closed as of 1 p.m. Thursday.

This is the document for the city council agenda item.

The City of Flagstaff issued a similar emergency declaration Monday night. Restaurants, food courts and other similar businesses could not serve food on-premises. Performance venues, gyms, libraries and recreation buildings like bowling rinks would not be permitted to operate either.

There will only be one site operating in Coconino County due to a deficit of supplies. It will run from 10 a.m.- 3 p.m. at the Coconino Community College East Campus on Fourth Street in Flagstaff.

The proclamation allows the Mayor to direct the City Manager to take quick action in coordinating emergency operations to manage the spread of COVID-19 and have access to funding without convening a formal council meeting.

Mayor Anna Tovar issued a proclamation to close a number of businesses to the public. It went into effect March 17 at 8 p.m. and will last through April 1.

El Mirage declared a state of emergency through April 3. Special events and community workshops are canceled through May 10.

A state of emergency allows governments to implement policies and get access to aid to better deal with a crisis.

As the number of coronavirus cases in Arizona rises state and local officials have heeded the recommendations of the CDC to keep people from spreading the virus. Health officials at both federal and state levels are telling people to avoid large gatherings and to limit their interactions with others.

Some states and other cities around the country have already ordered bars to close and restaurants to stop dine-in services.

Surprise declared a state of emergency starting at 5 p.m. Thursday.

The announcement was made in an "effort to preserve public health."

Starting at 5 p.m. Thursday, city facilities will be closed to public until further notice. City business will continue to be conducted.

Core services will not be affected, including fire-medical, police, trash, water and other essential city services. The city is also suspending all water customer shutoffs through May 10.

The city has already canceled city-sponsored events, programs and sports through May 10, and changed how public comment is taken at City Council and Planning and Zoning Meetings, accommodating remote participation.

Yuma Mayor Douglas Nicholls issued a proclamation amendment to close all bars, movie theaters, gyms and fitness centers, and to have restaurants serve the public only through pick-up, delivery, and drive-thru operations.

Restaurants will also be allowed to sell beer, wine and spirituous liquor off-site in sealed containers for individuals over the age of 21 through pickup, delivery, and drive-through operations.

It would go into effect on Friday.

Mayor Al Gameros announced a proclamation closing all bars in the City of Globe starting on March 26 at 8 pm.

All on-site dining in restaurants, cafes, and coffeehouses in Globe would also be closed.

Gila County has not yet had any confirmed cases of COVID-19.

RELATED: There are now 327 cases of coronavirus in Arizona, 6 deaths 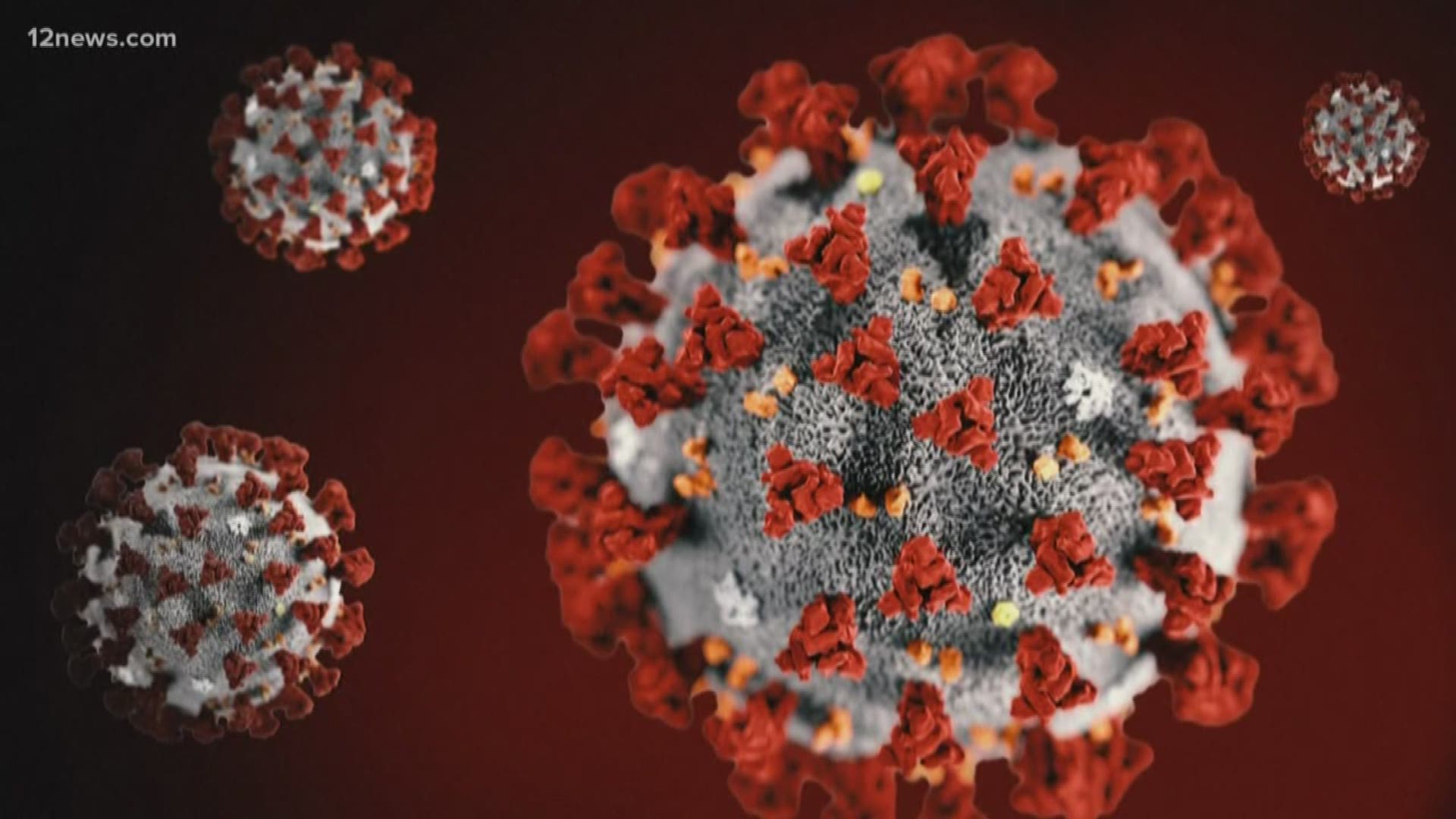