Senate Bill 1503 would no longer allow things like social media and private messaging between school employees and their students. 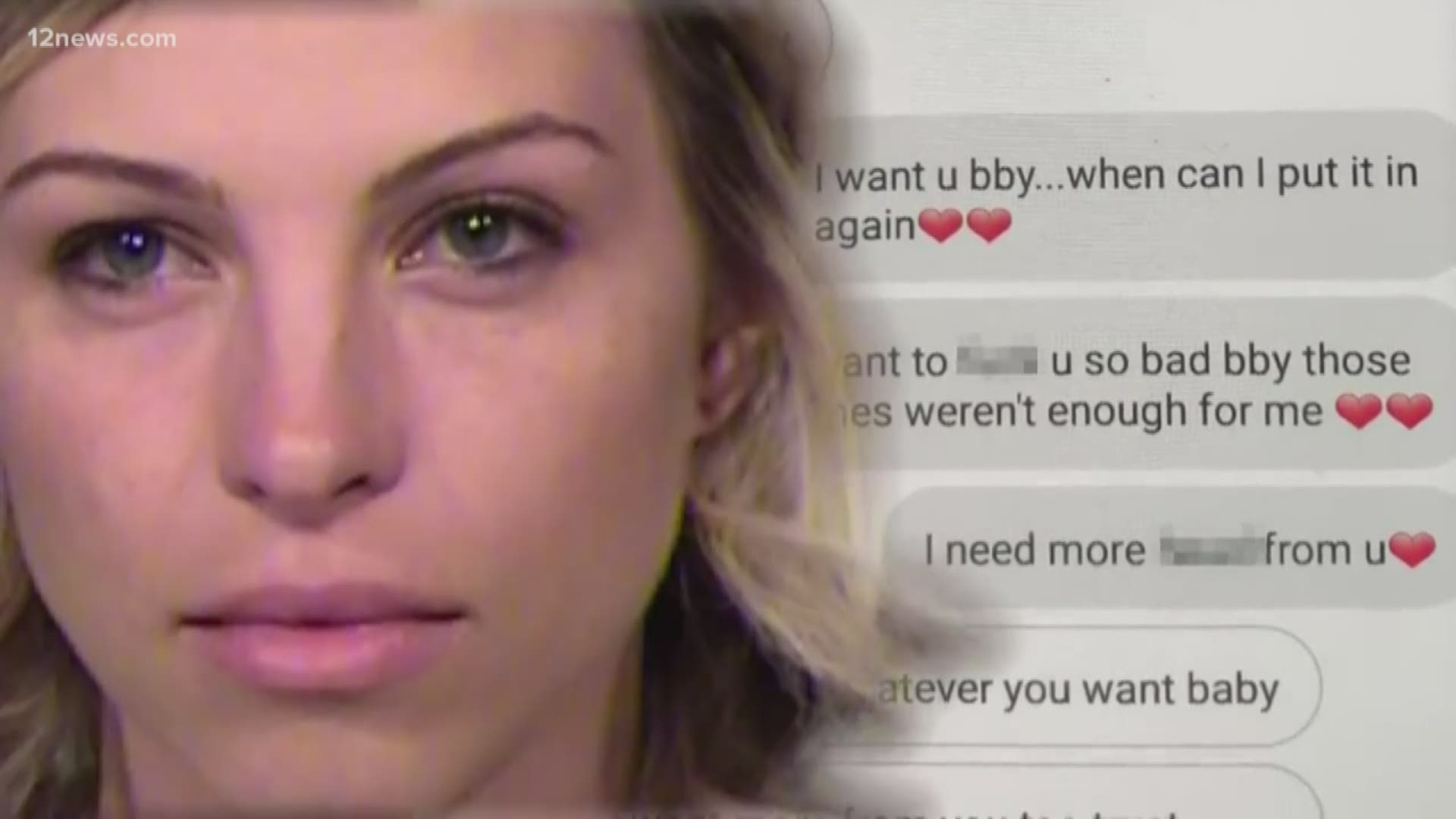 ARIZONA, USA — A bill moving through the Arizona State Legislature is trying to limit the communication teachers have with their students.

Senate Bill 1503 would no longer allow things like social media and private messaging between school employees and their students. The idea is to keep communication on school-approved platforms.

"Whether it's a teacher, or whether it's a janitor, anybody who works at a school, that you can't private message a child," State Senator Paul Boyer (R), the sponsor of the bill, said.

According to the Arizona State Board of Education, from 2012-2019 they heard 800 educator discipline cases. While that only equals half a percent of certified teachers in Arizona, 40 percent of those 800 cases were related to sexual misconduct.

Just last year, former Las Brisas Academy teacher Brittany Zamora was sentenced to 20 years after she pleaded guilty for sexual contact with a 13-year-old student. Investigators say messages started between Zamora and the student on a classroom messaging app, then moved to Instagram, where they became explicit and led to sexual encounters.

While Boyer said most schools and districts do have a policy in place limiting the communication between teachers and students, he says more needs to be done.

"There's always going to be bad actors but we at least need a system in place where we say now it's state law where you cannot communicate this way with a child," Boyer said.

However, State Senator Martin Quezada (D) says the bill goes too far, and students, especially in lower-income neighborhoods, need a stable adult to talk about things other than school.

"I think it goes too far to assume that every adult out there that's working in our educational system is going to be a predator in that way," Quezada said.

The bill would allow for permission to be granted by a parent for their student to communicate with an adult in a school district. But Quezada says that's creating unnecessary work for districts.

"I think there's enough oversight there to ensure that you know the adults that are working in their schools are really following the right guidelines and are not going too far with their communications with students," Quezada said.

The measure has passed the Arizona State Senate and is supposed to head to the House. However, Boyer is concerned whether there will ever actually be a hearing because so far it has not been placed on any calendar.