The ordinance has been stayed from going into effect on Feb. 1 so the Arizona Supreme Court can make a ruling on its constitutionality. 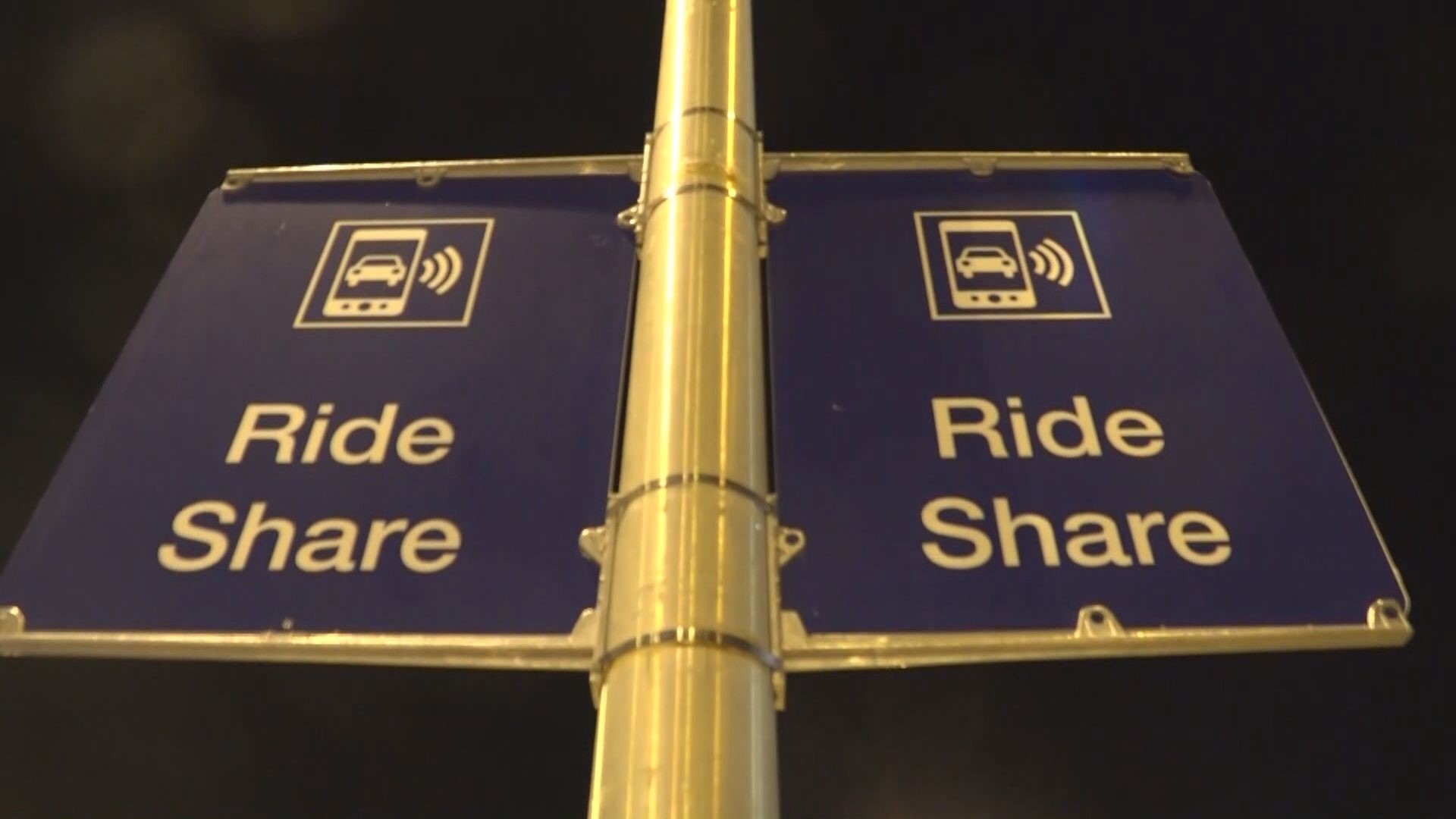 PHOENIX — The rideshare fee increase at Phoenix Sky Harbor Airport won't be going into effect in February as the Arizona Attorney General is asking the state supreme court to strike down the ordinance.

Attorney General Mark Brnovich said he believes the City of Phoenix may have violated the state constitution with its new ordinance, which instituted a $4 fee for rideshare companies to pick up and drop off passengers at the airport this year.

The tax rate was set to increase 25 cents each year until it reached $5 for pick-ups and drop-offs by 2024.

Lyft stopped service at the airport this month over the increase, and Uber announced it would stop operations at Sky Harbor on Jan. 31.

MORE: Lyft to end service at Sky Harbor in January

Brnovich's office requested the Arizona Supreme Court stop the ordinance from going into effect on Feb. 1.

Less than 24 hours later, the city agreed to hold off on the ordinance until the court has a chance to rule on its constitutionality. The state then withdrew its motion for the stay as moot.

Brnovich said the city’s decision to increase fees violates Proposition 126, which was passed by voters in 2018.

With the passage of the proposition, the state constitution was amended to prohibit cities from imposing or increasing taxes or fees on a person or business for providing a service in Arizona.

"It is my belief, this office's belief, that unless the City of Phoenix rescinds those new fees, new taxes on rideshare companies, that they will be breaking the law, and we will be seeing them at the state supreme court," Brnovich said.

According to the investigation report, the city argues that it did not violate the constitution because there "is no 'element of compulsion or coercion' associated with the 'trip fees' here."

The city contends the fees are "voluntarily paid" and therefore have not been "imposed."

Phoenix also argues that it is not taxing the rideshare service itself, but the use of limited airport curb space.

Brnovich and his office aren't convinced by the city's arguments, calling them "perplexing" in the investigation report.

"By the City's logic, a city income tax, or road tax, or practically any other tax would be voluntary in nature ... because state residents could always leave the City and never enter in the first place," the report reads.

RELATED: How rideshare and shuttle changes at Sky Harbor could impact your travel and wallet

As for the curb use argument, the attorney general's office contends that the language of the ordinance does not say anything about the fees being facility-related.

"Not only do I believe what the city is doing is dumb, I also believe it's unconstitutional. And as the attorney general, that means I'm going to take the city to court and stop them from assessing any of these fees or taxes," Brnovich said.

The City of Phoenix said in a statement Thursday that it will not rescind the fee increase.

"The City of Phoenix stands by its ordinance and legal position. We are confident that the Arizona Supreme Court will properly interpret the law of Arizona and uphold the constitutionality of the city ordinance," said city spokesperson Julie Watters.

Phoenix Mayor Kate Gallego said the city was acting within its authority when it approved the new fees.

"The Phoenix approach of ensuring that companies profiting from the airport pay their fair share is smart – and legal. This fee is no different from the fee every other vendor has paid at our airport since its creation. Lyft and Uber have been paying access fees since they began operations at Sky Harbor, the same fees they pay at most every other airport of our size. As our response demonstrated, and as AG Brnovich’s report acknowledges, Arizona state law gives cities the right to condition commercial access to airports with the payment of a fee. Despite this being the law of the land, political pressure has led the AG to punt this issue to the Arizona Supreme Court.

Phoenix Sky Harbor is one of the best airports in the nation and an incredible economic driver for our entire state. We refuse to allow state officials playing politics to condemn its success."

The Arizona Attorney General's office said it will file two actions on Tuesday: One to strike down the fee and a motion to stop the collection of fees if the city does not rescind the ordinance before it is set to take effect on Feb. 1.

If the Arizona Supreme Court agrees with the attorney general’s office, the new rideshare fees will be void.

"I'm very confident in our case that what we did was the right thing, and that clearly what the City of Phoenix did is inconsistent with the state constitution," Brnovich said.