After boat overturns in San Diego, Arizonans rush to help 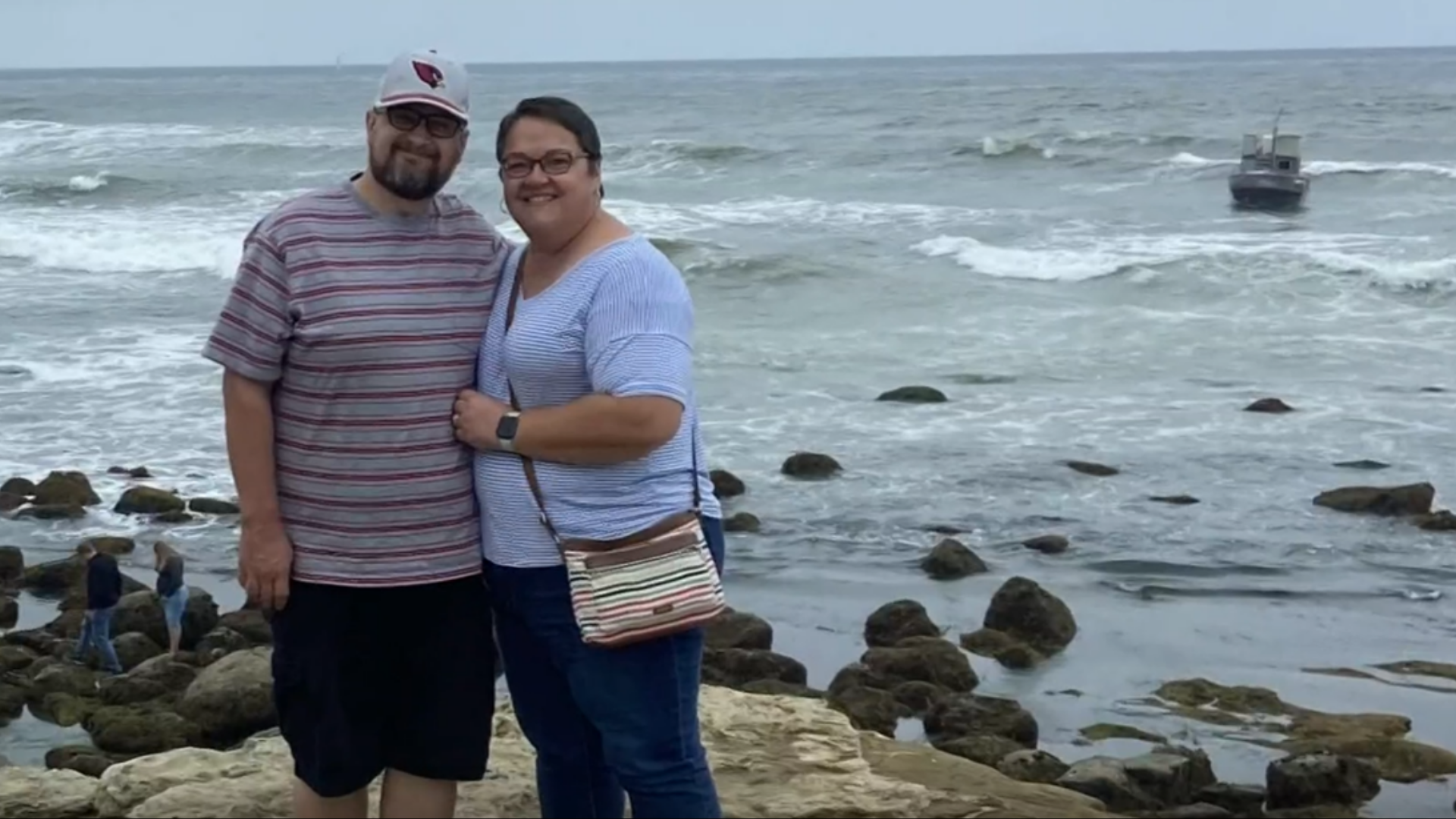 SAN DIEGO — James and Sarah Slavinsky were on an anniversary trip when they needed to help with a rescue mission.

The two Chandler residents were in San Diego to celebrate their 25th anniversary.

They decided to go by Point Loma near Cabrillo National Monument. There they saw a boat struggling.

The boat would soon crash against a reef and start to split a part. First three people jumped in the water, followed by dozens more.

"The door opened and all of these people just started jumping off and jumping off," Sarah said.

The two said that more than 20 people were more than 100 yards off shore. Some would scream for help as Sarah and James went below to the tide pools to try and help.

"They were holding onto anything they could to keep them afloat," James said.

Authorities described conditions during the rescues as rough with five to six feet of surf, wind gusts and water temperatures around 60 degrees

James, a Navy veteran, waded in the water to help whoever he could.

The couple was not alone, as other folks on the shore chipped in to help rescue those fleeing from the boat.

While some tried to drag folks to shore, others took care of people on the beaches as first responders arrived.

In all, more than 20 people were sent to the hospital and four people have died.

Authorities said the boat was smuggling people across the border.

According to 12 News' sister station:

Jeffery Stephenson of the Customs and Border Protection Public Affairs Office said the agency had every indication that the boat was a smuggling vessel being used to bring people into the United States illegally.

He described the boat as "severely overcrowded."

"[Smugglers] don't care about the people they're exploiting," Stephenson said.

According to San Diego lifeguard officials, lifeguards pulled seven of the 30 people from the water and performed one cliff-side rescue while the other surviving occupants from the boat swam to shore on their own.

James and Sarah said that they have heard about human smuggling and the dangers in reports, but experiencing the reality face-to-face was eye opening.

"It’s a humanity thing to me now," James said. "As a fellow human being, I'd do it again. I would injure myself more. It doesn’t bother me."

Want more inspiring stories of people doing good and supporting those in their communities across Arizona? Watch our 12 News YouTube Playlist here.