After Arizona's summer of dangerous ATV accidents, experts advise how to stay safe

The recent rescue of a 10-year-old boy from a submerged ATV in west Phoenix has prompted experts to explain how locals can stay safe while driving on rough terrain. 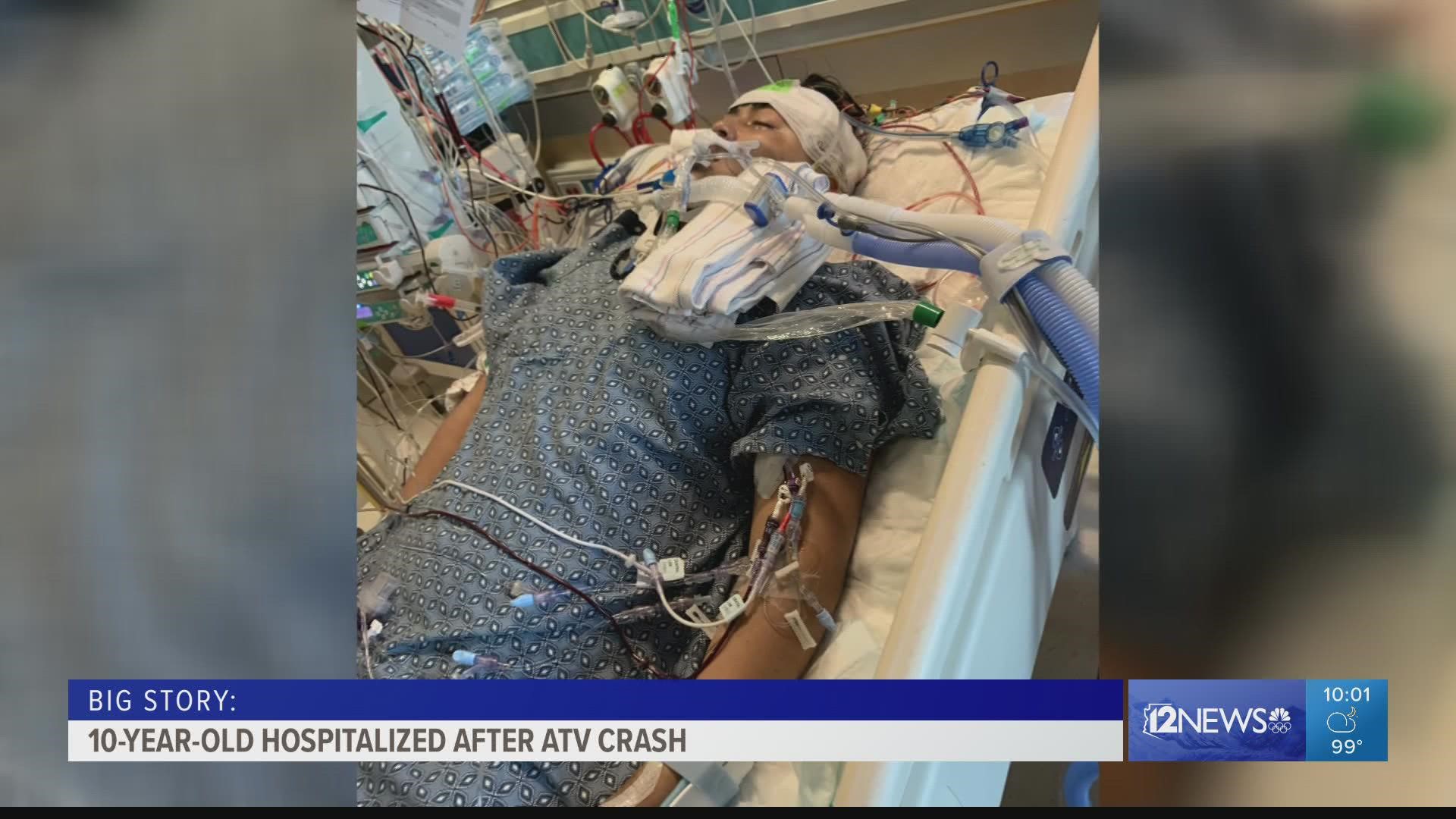 PHOENIX — A 10-year-old boy is still recovering after he was rescued from a submerged ATV at the bottom of a river bed in West Phoenix on Saturday.

Fire crews are now offering a few safety tips when it comes to utilizing off-road vehicles. Phoenix tactical rescue teams responded to a rare rescue after a razor-style ATV tipped over with a young boy trapped underneath.

"It had rolled over, there was water in place, and our technical rescue teams made it down and began providing care as quickly as possible," said Capt. Jake Van Hook, as he detailed the incident that occurred near 71st Avenue and Roeser Road.

He said crews worked quickly with other agencies to get the occupants out from under the submerged ATV. Van Hook said even when motorists take every safety precaution, accidents can still happen.

The best ways to stay safe in an ATV are to:

- Use harnesses or seat belts.

- Know the terrain before heading out

Crews have actively been making rescues over the summer, especially amidst the heavy monsoon activity. Professionals like Van Hook hope those heading outdoors will exercise extra caution while exploring Arizona's rough terrain.

RELATED: Two found dead after ATV washed away by flooding near Camp Creek

RELATED: Phoenix firefighters rescue worker who passed out on 3-story building due to heat