Lack of funding, representation are at stake for all Arizonans, but will be felt more acutely in the state's Latino and tribal communities. 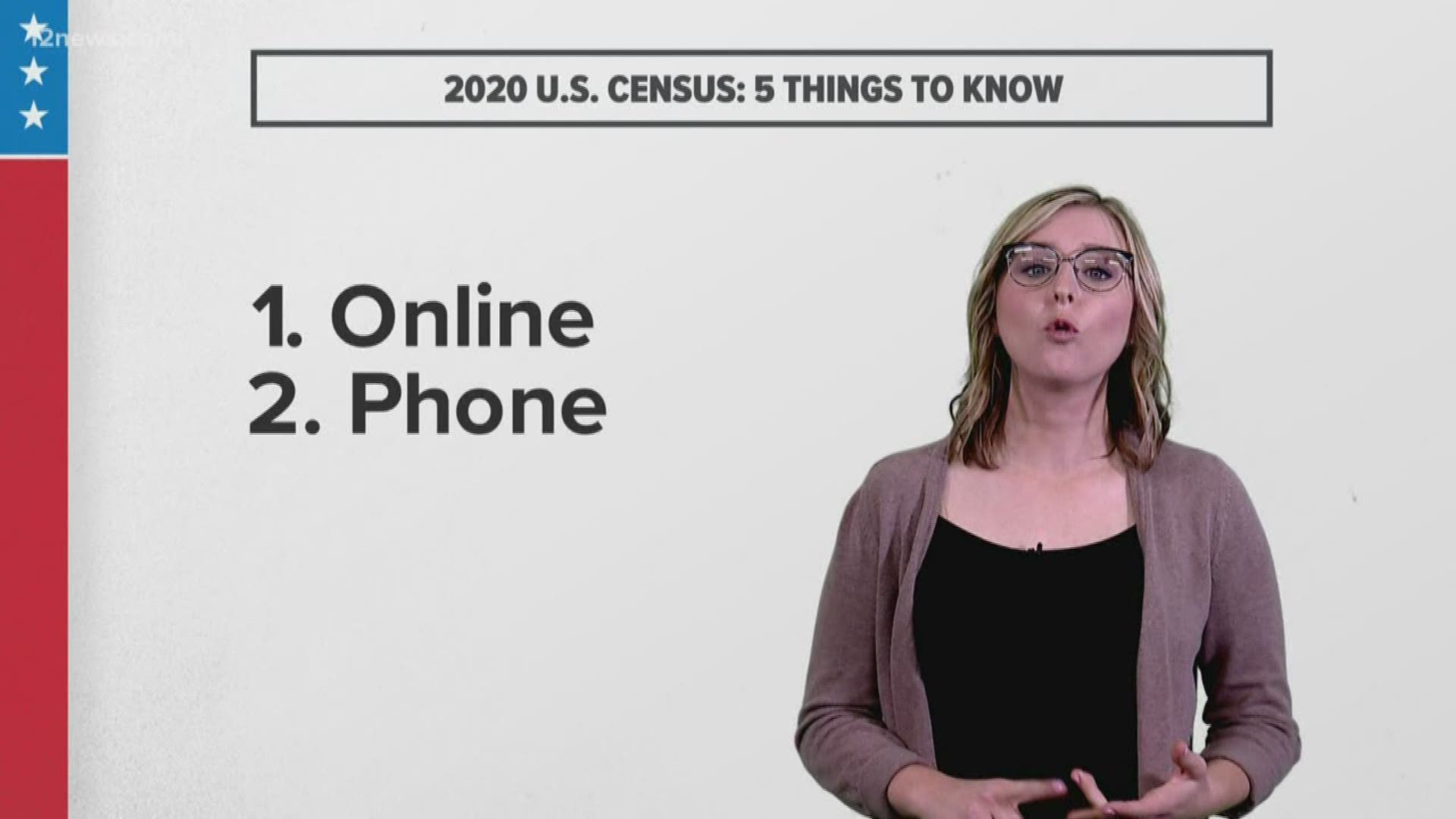 ARIZONA, USA — There are no door knocks anymore. And that's becoming a problem.

In pre-pandemic times, Census takers on the Navajo Reservation would knock on a house's door and have a conversation with the occupants. They'd explain what they were doing and what was in the packet. Then they'd leave the packet behind.

Now, there are no knocks. No conversations. No explanations. Just the packet left hanging from the doorknob.

And that simple missing doorknock may affect a generation of Arizonans -- not just Navajos, but also other tribes and Latinos.

The 2020 Census has gotten complicated, between COVID-19, controversial questions and changing deadlines. Those complications could cost some of the state's most marginalized populations Congressional representation and federal funding.

“We know that folks know the importance of filling out the census and being counted, but we are still seeing a lagging in hard to count communities where we see a heavily dense Latino population,” said Anakarina Rodriguez, the Arizona Regional Census Manager for the NALEO Educational Fund, a non-profit that "facilitates full Latino participation in the American political process."

During a counting year, the U.S. Census Bureau sends a form to every residence and asks simple questions like how many people live in the home and what the ages, sexes and races are for each individual resident.

Outreach is a major part

The issue of a potential citizenship question on the 2020 census has also complicated efforts to get an accurate count of Arizona’s Latino population, Rodriguez said.

“We continue to highlight that the citizenship question is not on the questionnaire. It has created a lot of hesitation and fear for our Latino communities.”

“Funding is so crucial and important for the Latino community. Specifically, for women, mothers who depend on WIC (the Special Supplemental Nutrition Program for Women, Infants and Children) and SNAP (the Supplemental Nutrition Assistance Program)," Rodriguez said. "For children who are in public education. Funding for school resource programs, for programs that can advance higher education for our students as well as school lunch programs."

Also at stake: Funding that would provide medical assistance to the Latino immigrant community.

“There are health clinics that depend on federal funding that can provide services for the undocumented community,” said Rodriguez.

How do you send Census forms to people with no addresses?

At one point in the pandemic, the death rate on the Navajo Nation matched that of New York City. It complicated the already difficult task of accurately counting tribal members. Most homes on the nation do not have street addresses, so questionnaires must be delivered by census workers to each home. However, the traditional interaction of having a census worker explain to the resident what needs to be done was lost.

“Because of COVID we couldn’t knock on the door," said Arbin Mitchell, the tribal partnership specialist on the Navajo Nation for the U.S. Census Bureau.  "We just left the questionnaire on the door handle. But the proper way of doing this in our Native tradition is you have a friendly exchange and then you give them the packet and say, ‘This is what this is, this is how you fill it out, this how you do it.’”

The pandemic also reduced the Census's temporary workforce.  Mitchell estimates that they had close to 4,000 people signed up to work before the pandemic hit in March. It's been difficult to get people back on board to work since operations started up again in June.

Simple things are different than they used to be. Trying to train a large group of people, for example.

“You can only have 10 or less for gatherings so it was hard to have a lot of people at one time," Mitchell said. Most of the trainings were online. "We just on-boarded the employees, gave them the equipment and sent them home."

As with the Latino communities, an undercount on the Navajo Nation would lessen funding and representation.

“A lot comes from the federal government," Mitchell said.  "The roads that we travel, the schools that are being built, all the other necessities that Indian Country depends on. They’re not handouts, it’s getting your fair share. As Navajo, we cover three states and 11 counties, so if we have a good count, we impact representation,” said Mitchell.

Because of the setbacks in getting an accurate count caused by the coronavirus, the Navajo Nation, along with some non-profits, city and county governments and the Gila River Indian Community, is suing the U.S. Census Bureau and the Department of Commerce. They allege that the curtailed deadline threatens non-response follow up which could cause a severe undercount of minority populations.

There is also a sense from NALEO that the Trump administration is benefiting from the shortened deadline.

“The current administration is not allowing the Census Bureau to have the appropriate time to have an accurate count of our Latino community," Rodriguez said. "We could have more representation here in Arizona if we had an accurate count, but now with the shortened deadline we might not be able to see that tenth Congressional district seat that would continue to represent our Latino community in Arizona,” said Rodriguez.

The U.S. Census Bureau has responded to the lawsuit by saying they will comply with a temporary restraining order placed on the Aug. 3 announcement to shorten the deadline. The Bureau’s full statement can be found here.

To see Arizona’s most current response rate to the census you can head here.

2020 is the first year that you can complete the census online, by mail, or over the phone. If you have not filled out the census yet, you can head here.

For non-English and non-Spanish speakers here is a list of numbers that you can call to speak to a representative at the U.S. Census Bureau in 12 different languages.