Officials with the National Park Service are looking for the public's help as they investigate the vandalism near the Scenic Trailhead area. 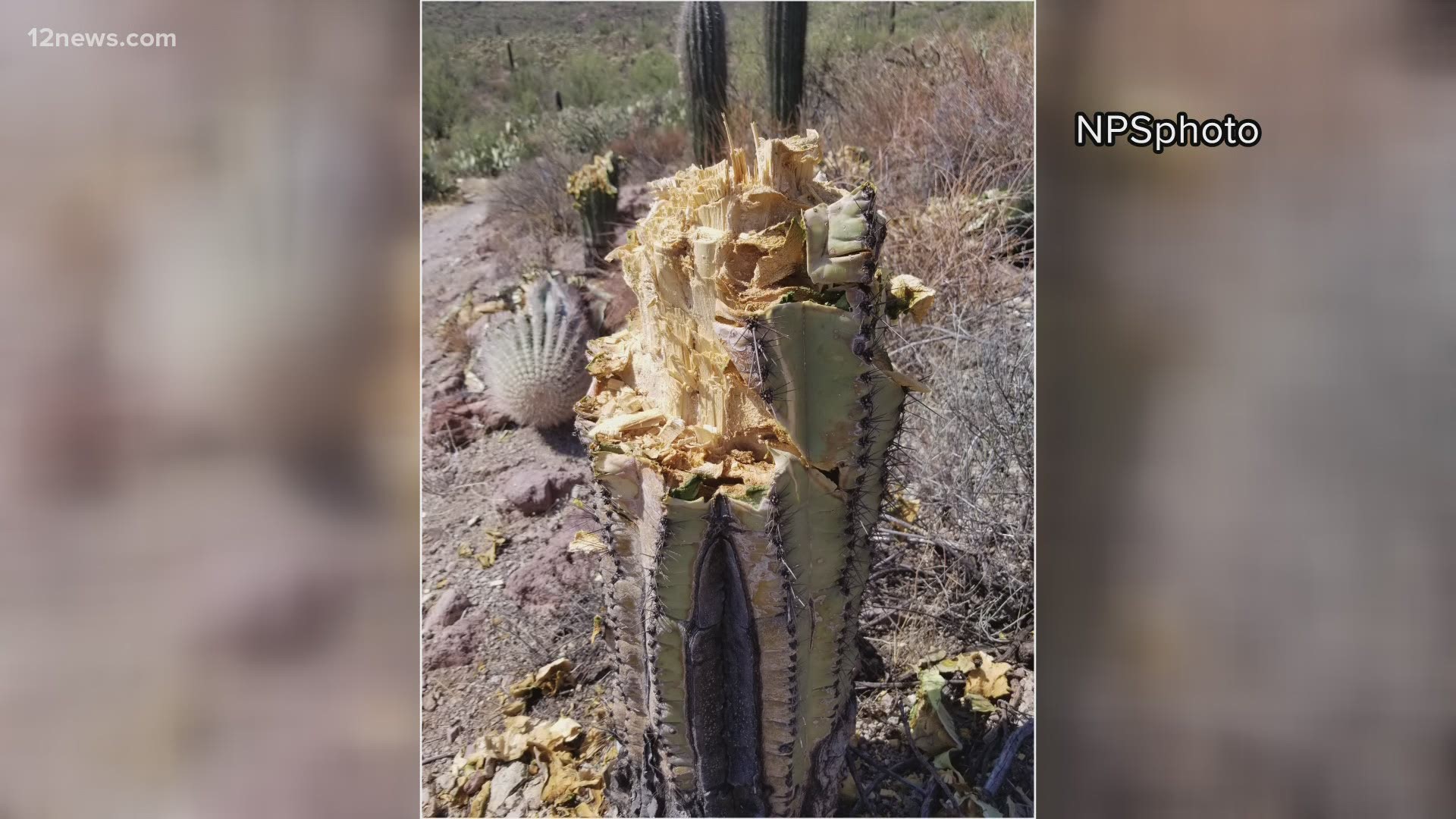 PHOENIX — National park officials are searching for information after eight saguaro cacti were found cut down in Saguaro National Park earlier this month.

“You can ask anybody in the world what a cactus looks like and they automatically put their arms up," said Andy L. Fisher, public information officer for the Saguaro National Park.

“Saguaro cactus have a special place in just about everybody’s heart that lives here in Arizona.”

Officials with the National Park Service announced Wednesday that they were looking for the public's help as they investigate the vandalism near the Scenic Trailhead area.

The eight saguaros of various ages were cut down and left laying along the Scenic Trail, officials said.

“Using some kind of a sharp instrument, they were cut down as they were going along the trail," Fisher said.

"What’s really unfortunate about it is that some of the cactus were upwards of ten feet tall, which easily makes them about a hundred years old."

Rangers responded to a report that multiple saguaro cacti were cut down along the Scenic Trail and found the saguaros ranging in height from one foot to 10 feet tall slashed or cut down.

The damage is believed to have occurred on or around Oct. 3.

"All plants, animals, and resources in the national park are protected,” Superintendent Leah McGinnis said in the release.

“Damage to saguaro cacti is especially disheartening because they are the reason for the park’s establishment."

This isn't the first time these protected Arizona treasures have been at the center of a crime.

In 2016, again at the Saguaro National Park, several cacti were found chopped and slashed.

“Everything found here in the national park is protected. The saguaro cactus as well also has state protection so it is a crime," Fisher said.

"People feel very strong connections to their saguaros so it’s always disheartening when we see a senseless act of vandalism damage the resources in this way.”

Anyone who has visited the Scenic Trail, Passey Loop Trails or the Scenic Drive Trailhead around Oct. 3 is asked to call the investigative services branch tipline at 888-653-0009, email nps_isb@nps.gov, or submit a tip online. 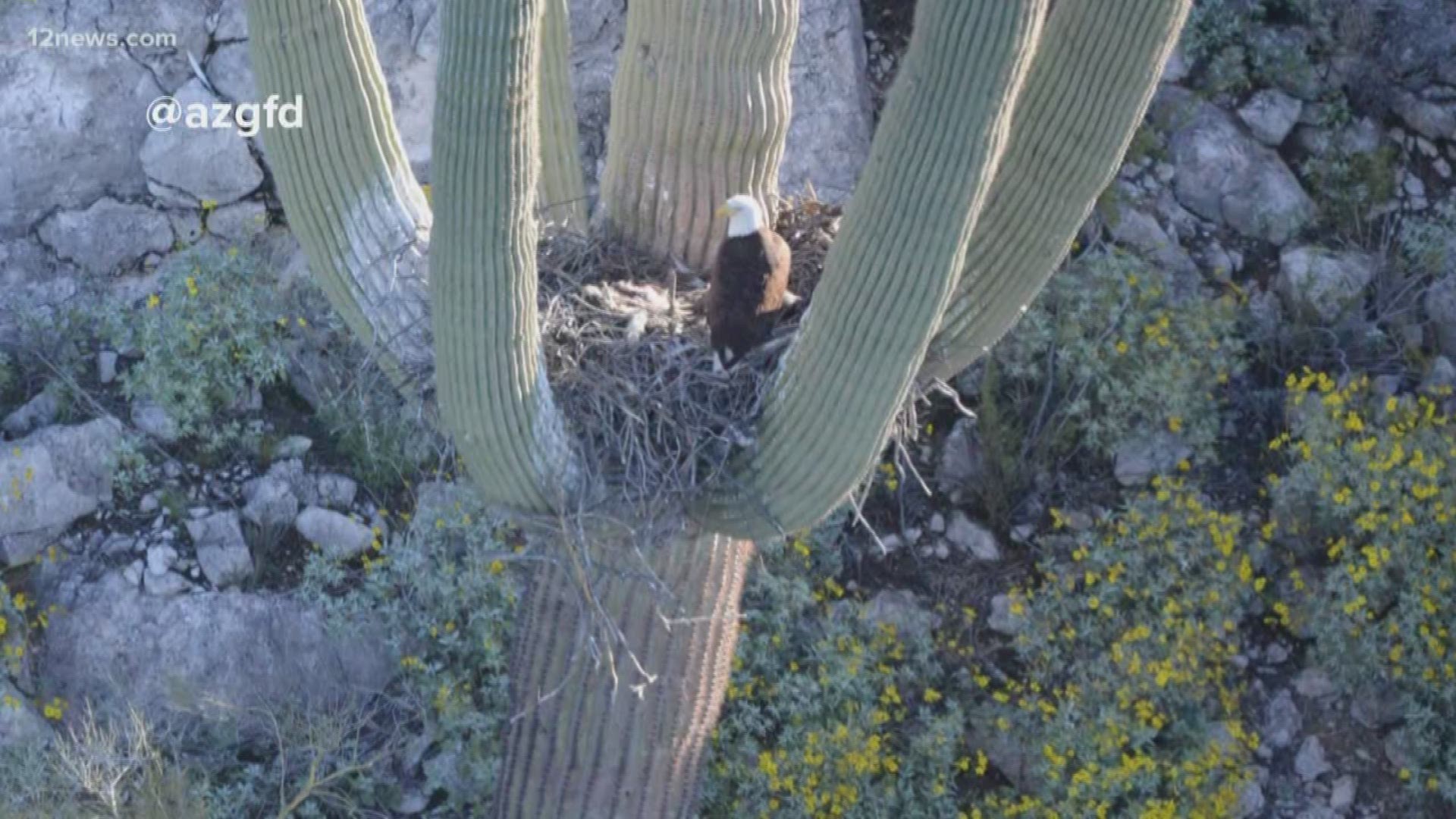