4 things to know about the Arizona-Mexico border wall

Video shows open gates without security at the US-Mexico border. 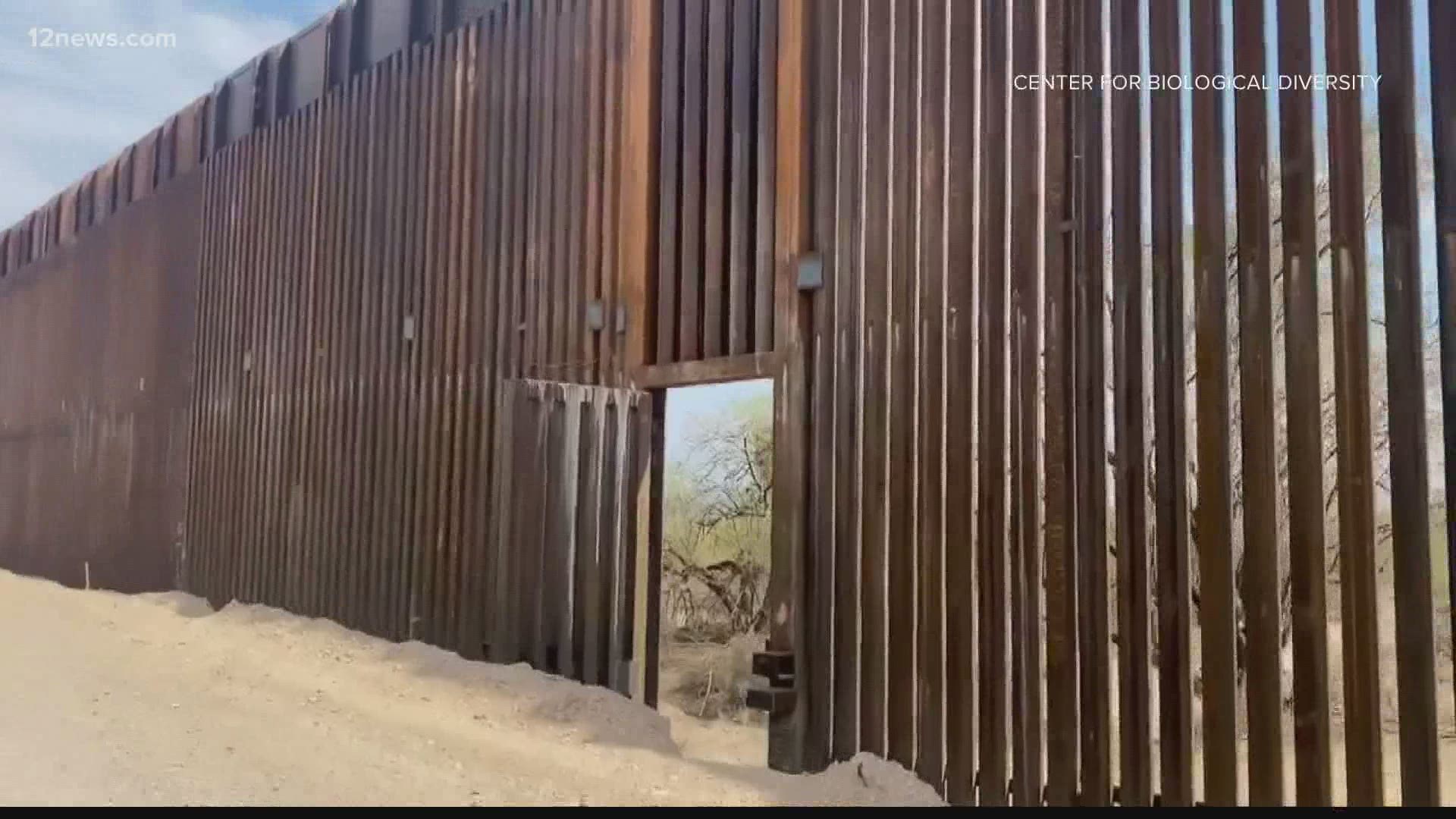 PHOENIX — A border wall built to keep migrants out has its gates wide open. It’s a common practice during Arizona’s monsoon season that anti-wall activists argue shows that the wall is little more than a political stunt.

A video taken by the Center for Biological Diversity shows one of many open gates along the US-Mexico.

Open Gates on the border

Multiple videos taken along the US-Mexico border shows an open gate in Arizona’s the border wall.

In it, there is neither a migrant nor border patrol agent in sight. Almost every mile of the border wall there are open gates,” said Laiken Jordahl with the Center for Biological Diversity.

The gates are left open during the summer to prevent flooding.

Allegations that it is damaging Arizona’s ecosystem

The Center for Biological Diversity has sued the federal government and said the border wall does too much damage to the natural desert landscape.

This includes the area near the Organ Pipe Cactus National Monument. CBD argues these open gates only highlight the problem. Jordahl calls it a political stunt.

“If the point of the wall is to keep people out with all these doors open it’s not going to do that,” said Jordahl.

Flooding concerns at the border

For more than a decade flooding concerns at the border have been raised. At first it was with the fence.

This picture shows 2008 flooding in Lukeville, Arizona where storm debris was trapped.

In 2011 even stronger fencing toppled over during summer storms. Since the Trump administration put up the much taller gates built of steel  concerns have worsened.

“We’re extremely concerned that water will build up behind the structure, enough pressure will build and it will,” said Jordahl.

The Biden administration has since paused construction on the wall, but questions about its impact remains.

RELATED: 'Unusually large number of migrants' who died in Arizona’s borderlands being recovered amid record temps.

Neither Border Patrol or Homeland Security responded to 12 News questions to find out why there doesn’t appear to be anyone monitoring the open gates.

We haven’t heard back yet, but will update you when we do.