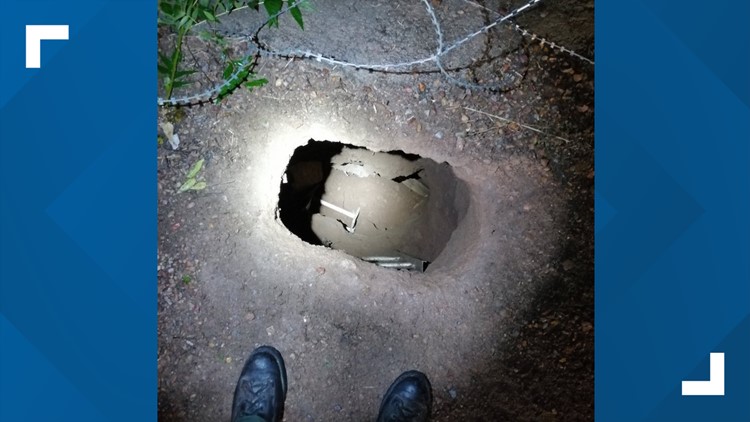 125th cross-border tunnel discovered in Nogales, 2nd in less than a week

NOGALES, Ariz. — The U.S. Customs and Border Protection discovered another tunnel under the border in Nogales on Monday, and this is the second one less than a week.

CBP said Tucson sector agents discovered the tunnel west of the pedestrian port of entry, Deconcini, only 50 yards east of the tunnel discovered a few days before.

The tunnel was 10 feet deep and followed the footer of the international boundary fence, crossing underneath it and came up about 5” north of the fence, according to CBP.

Authorities said this is the 125th tunnel discovered by the Tucson sector since 1990.

RELATED: Look inside a drug tunnel that Border Patrol agents are training to detect

The border patrol work in partnership with authorities from Mexico to conduct joint operations affecting border security, CBP said. “These efforts aim to prevent the movement of illegal contraband or persons across the border.”

RELATED: Incomplete tunnel discovered under a parking lot in Nogales