77-year-old movie captures the sights of a bygone Austin

We witness scenes of an Austin skyline from a time when the State Capitol dominated the landscape and only a few buildings were more than 10 stories tall. 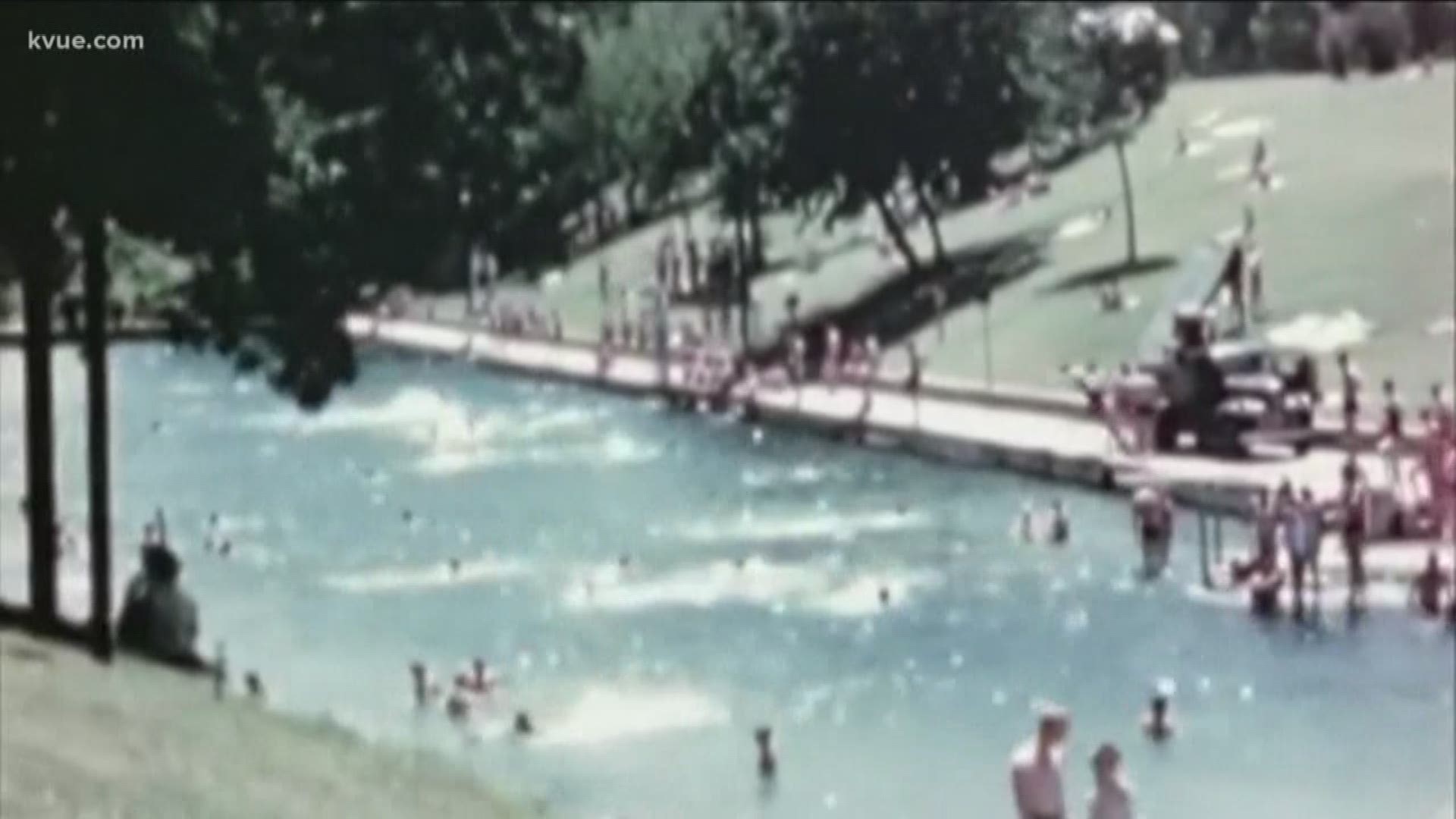 AUSTIN, Texas — These days it doesn’t take much to encourage people to move to Austin, a city that consistently ranks among the best places to live in the U.S.

But long ago, the Austin Chamber of Commerce had to encourage people to come here. It produced a promotional film 77 years ago that, thanks to the Austin History Center’s preservation, offers us a visual time capsule from 1943.

The film follows a family who had recently moved to Austin when it was home to just over 88,000 people. Today’s estimated population is just under 965,000.

We witness scenes of an Austin skyline from a time when the State Capitol dominated the landscape and only a few buildings were more than 10 stories tall.

To promote the city, the film focused on several buildings and structures, some of which are familiar to us today, from the moonlight towers (only 15 of the original 31 remain) to a surprisingly small Texas Memorial Stadium at UT, to the Main Building at St. Edward’s University when it was an all-male institution.

When the goddess took flight: The saga of Austin’s best-known statue

The film shows a few things we might not have known, such as 15th Street near downtown when it was a scenic, winding, tree-lined boulevard. In another scene, the off-camera narrator explains how a cow pasture was turned into an elegant, divided boulevard called East Avenue. Today, we know that road as Interstate Highway 35.

Austin's moonlight towers: Was a serial killer really behind their construction?

There was no indication the Austin of 1943 had to deal with traffic congestion, or that affordable housing would become out of reach for many of us.

But as a city of trees, lakes and public spaces open to all, some things shown in the movie remain virtually unchanged: Zilker Park, Barton Springs and the Treaty Oak.

As the movie ends with a shot of the 1943 Austin skyline as seen from Mount Bonnell, the narrator intones: “As this friendly city glows in the light of the setting sun, you’ll feel that it was all you intended for Austin to be your permanent home.”

For many of us, that’s as true now as it was then.

Coronavirus cancellations and closures: Here's what's been called off for COVID-19 concerns