Police said the suspect fired off "multiple rounds" into the three people before shooting himself. 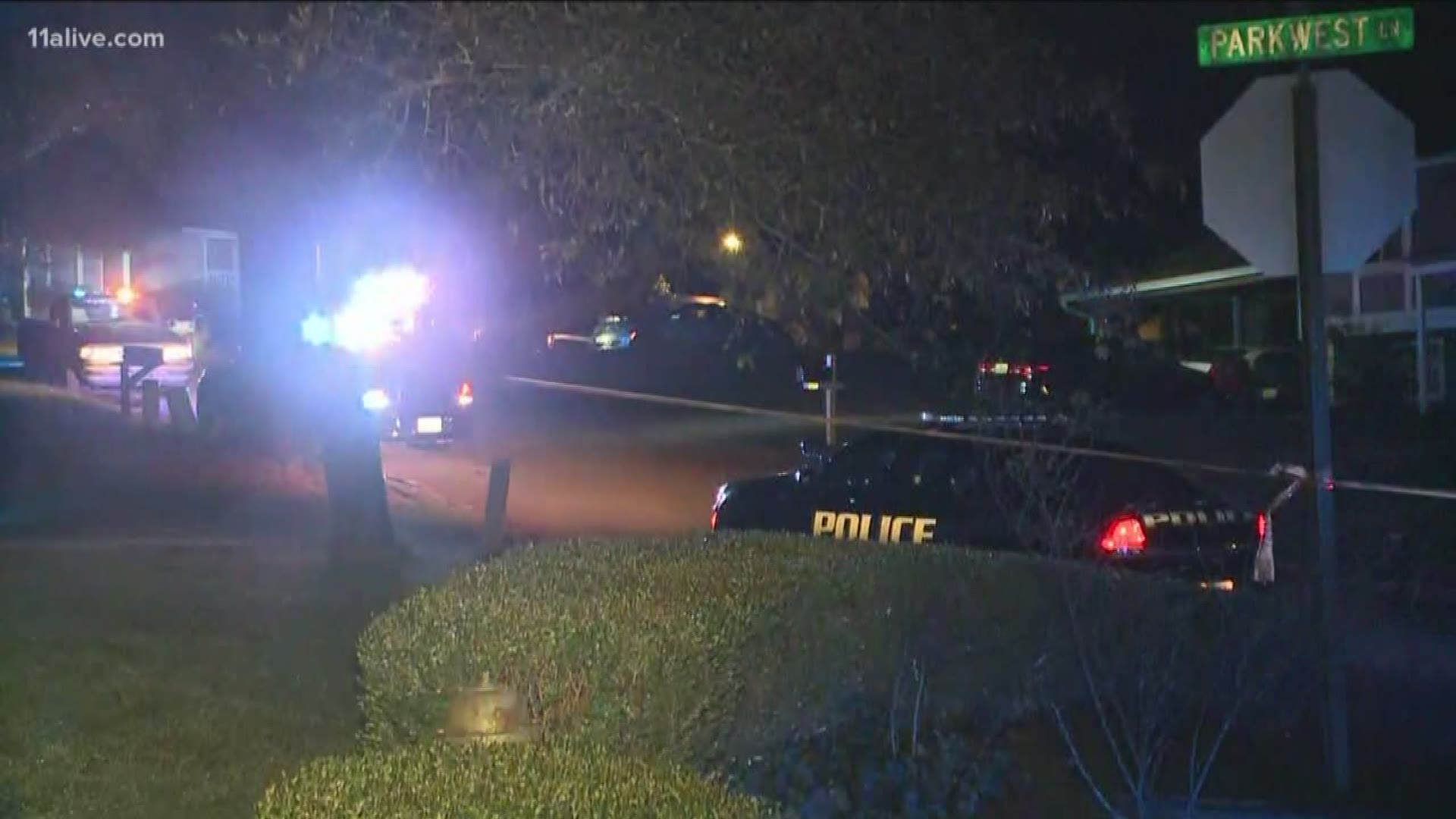 DEKALB COUNTY, Ga. — Police confirm four people are dead after what police are calling a triple murder-suicide near the Stone Mountain area.

It happened Tuesday night at a home off Isle Royal Court near Parkwest Lane.

According to DeKalb Police, four people, including the shooter, were found dead at the home. Police said the suspect fired off "multiple rounds" into the three people - two adult women and an adult man - before shooting himself.

Maj. Jerry Lewis with the DeKalb County Police department said officers got the call to respond to a home in the 400 block around 9:15 p.m., Tuesday. The victims, police said, were found dead outside in the driveway and the carport.

Lewis said a witness met with officers and told them he saw the suspect leaving in his vehicle and he knew who the suspect was. Police went after him, but found him already dead from a self-inflicted gunshot wound, at a separate location less than two miles away.

RELATED: Here's what we know about the four dead in apparent triple murder-suicide near Stone Mountain

While police don't know the motive, they can say the shooting started possibly as a domestic dispute - and they believe the victims were targeted.

"This was not a random incident," Lewis said.

He said the people involved in the shooting knew each other, though he could not yet say how they were related to each other. He added that there is no imminent threat to the community, and that "all parties in the incident are accounted for."

Police are in the process of identifying the victims and notifying their families.

The fatal shooting comes on "National Night Out," a yearly event when police and the community come together. Lewis said representatives of the department were already out with their community partners, trying to improve their communities and keep them safe.

"We work hard to keep the community safe," Lewis said. "It's unfortunate with an incident like this that kind of puts a damper on everything. But, I pray for the families - that they have peace."

He needed a kidney. His coworker and long-time friend turned out to be a 100% match.