3 generations talk about what Juneteenth means to them

"If we can be honest about it, then we can move forward," said Lisa A. Groom. 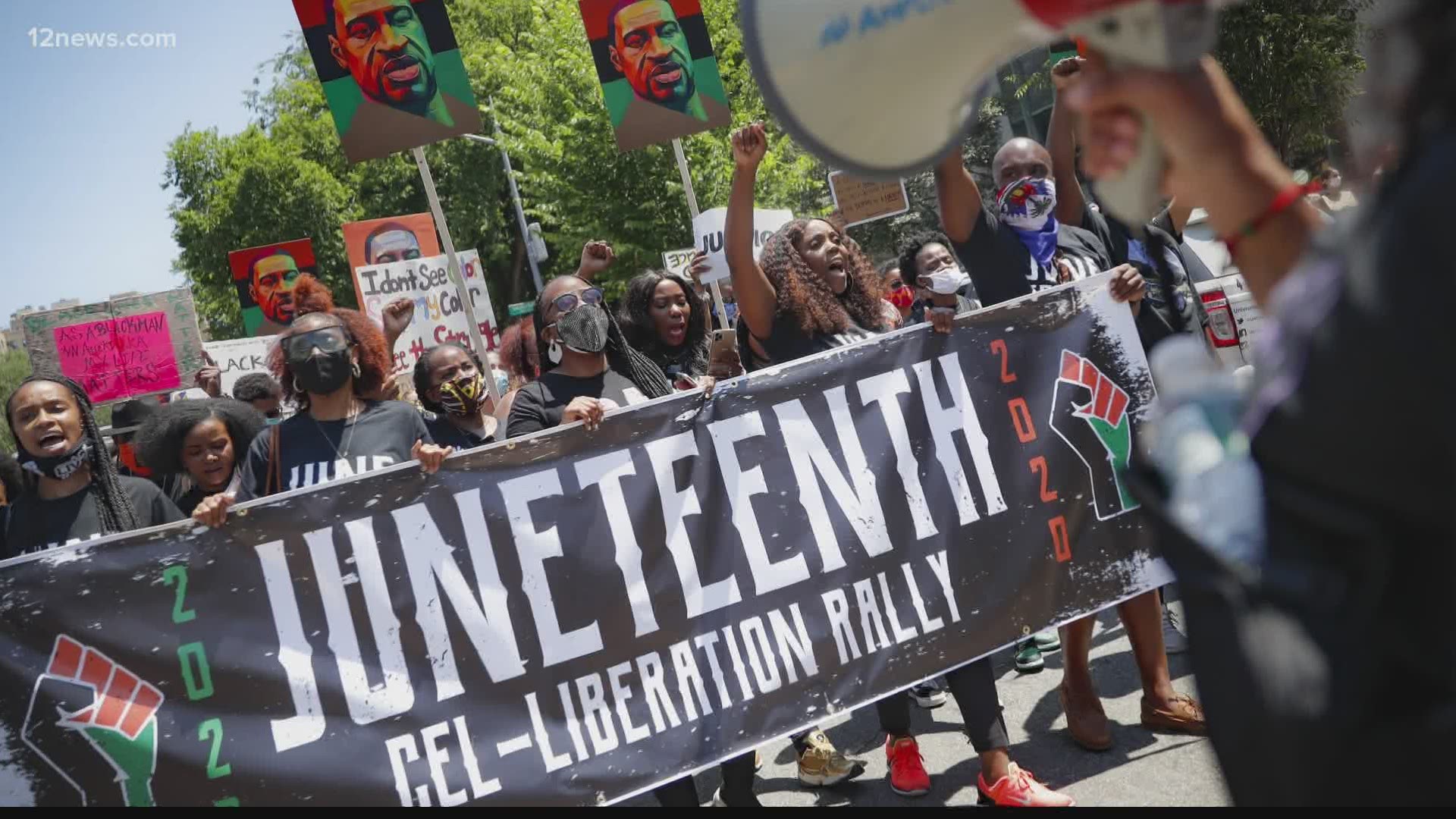 Juneteenth commemorates the end of slavery and it's the first new federal holiday since Martin Luther King Jr. Day was created in 1983.

In 2020, Juneteenth celebrations were forced to make big changes because of COVID-19. Now, celebrations are returning to the Valley and people from three generations shared what Juneteenth means to them.

Professor Gershom Williams is a historian and a Valley of the Sun Juneteenth committee member. The organization has put on an event for 16 years and he has witnessed the evolution of celebrations first-hand.

Williams said that Juneteenth is a day to gather, eat, drink and be merry.

"We have entertainment. We have food. We feast. We have speeches of remembrance," he said.

The location of the Phoenix Juneteenth celebration is significant.

According to the Valley of the Sun, Eastlake Park opened in 1914. It provided a gathering spot for African American residents during segregation.

"We must remain steadfast," Williams said. "If we don't celebrate our heritage, the good the bad and the ugly, who will?"

In Tempe, another big Juneteenth event is happening at the city's history museum.

Lisa A. Groom is president of the Tempe Black Employee Alliance, which turns one year old on Juneteenth. For her, Juneteenth is a day of hope, thanks to her ancestors.

"I look at that and I think if it weren't for them, I wouldn't be here today," Groom said.  "I'm standing on their shoulders. I am the hope of those slaves and that's what it means to me and that's why I celebrate it."

Meanwhile, up-and-coming generations like E'Nyah Norris-Conley will go to her first Juneteenth celebration this year.

Norris-Conley is an academic scholarship from the Tempe Black Employee Alliance at the city's event. And she is looking forward to celebrating a history that she said was not a big enough part of her education.

"It wasn't really taught to me so, this year now that I've become more familiar with it, it's a celebration, my ancestors, They were in horrible captivity, slavery, so the fact that they were free, they got released they were finally citizens of this country, it's an amazing thing," Norris-Conley said.

While hope weaves through nationwide Juneteenth celebrations this year,  Groom said that everyone needs to keep remembering and teaching.

Check out more stories about Black history and experiences here in the Valley.