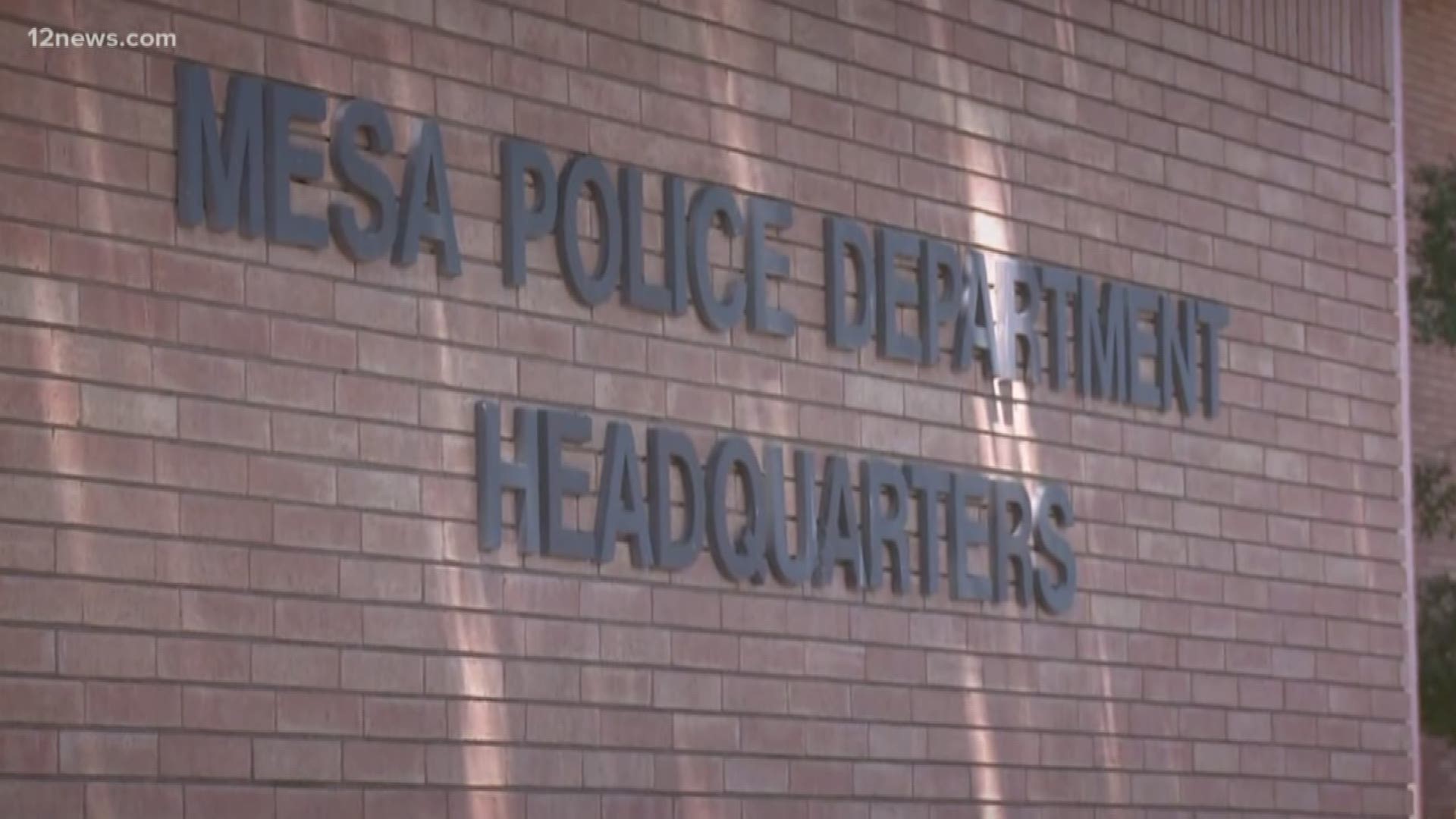 Editor's note: the above video is from July 18, when the notice of claim was announced.

Two additional women have come forward accusing officer Jeffrey Neese of sexual harassment after seven members of the Mesa Police Department and their attorneys announced last week they were filing a notice of claim for alleged sexual harassment and hostile work environment.

The new complaints are from women who do not work for the city, but Mesa Police say their complaints are similar in nature and occurred in 2017 and 2018.  Mesa police said they learned of these allegations on Friday.

Mesa PD said in a statement on Tuesday that they received the first complaint from officers against then-Sergeant Jeffrey Neese on Aug. 8, 2018, resulting in Neese being reassigned to an administrative position.

On Oct. 30, 2018, the City concluded investigations saying four out of five allegations were sustained and determined appropriate discipline, according to Mesa PD.

Then on March 9, 2019, a new complaint was received with similar allegations against Neese, and Mesa police opened a new investigation.

On July 10, Mesa PD said Neese was disciplined by demotion and disciplinary probation.

Neese was demoted to patrol officer assigned to a different district where he wouldn’t have contact with any of the victims, according to Mesa PD.

Mesa PD said officer Neese has received the same sexual harassment training that the rest of the employees receive and additional one-on-one training during 2018, after the first complaint.

Since learning of the additional complaints on Friday, Mesa police said that officer Neese has been reassigned to his home pending the outcome of this new investigation.

The attorney representing his accusers released a statement Tuesday saying the decision by the City of Mesa comes "far too late:"

"Today’s decision by the City of Mesa to assign Jeffrey Neese to home duty comes far too late to remedy the hostile work environment that several officers have felt for the last nine months. We still don’t understand why he’s being paid while on home duty. How many victims does it take for the City to follow it’s zero tolerance policy?  After these first seven victims came forward at the press conference last week, several more victims have stepped forward and shared their story with the City.  These victims are not just within the Police Department, but around the City where Sgt. Neese found his victims while performing off-duty jobs secured through the Police Department while wearing uniforms identifying him as a Mesa Police Officer and City of Mesa employee.

How many more victims will continue stepping forward, now as the victim list continues to grow?

It begs the question of if the City was aware of of Neese’s predatory behavior prior to these officers coming forward. Had the City and Police Department acted sooner than today, the officers would not have been forced to work in a hostile work environment fearful of retribution."