They said this will not stop them from fighting for justice and protesting in Louisville. 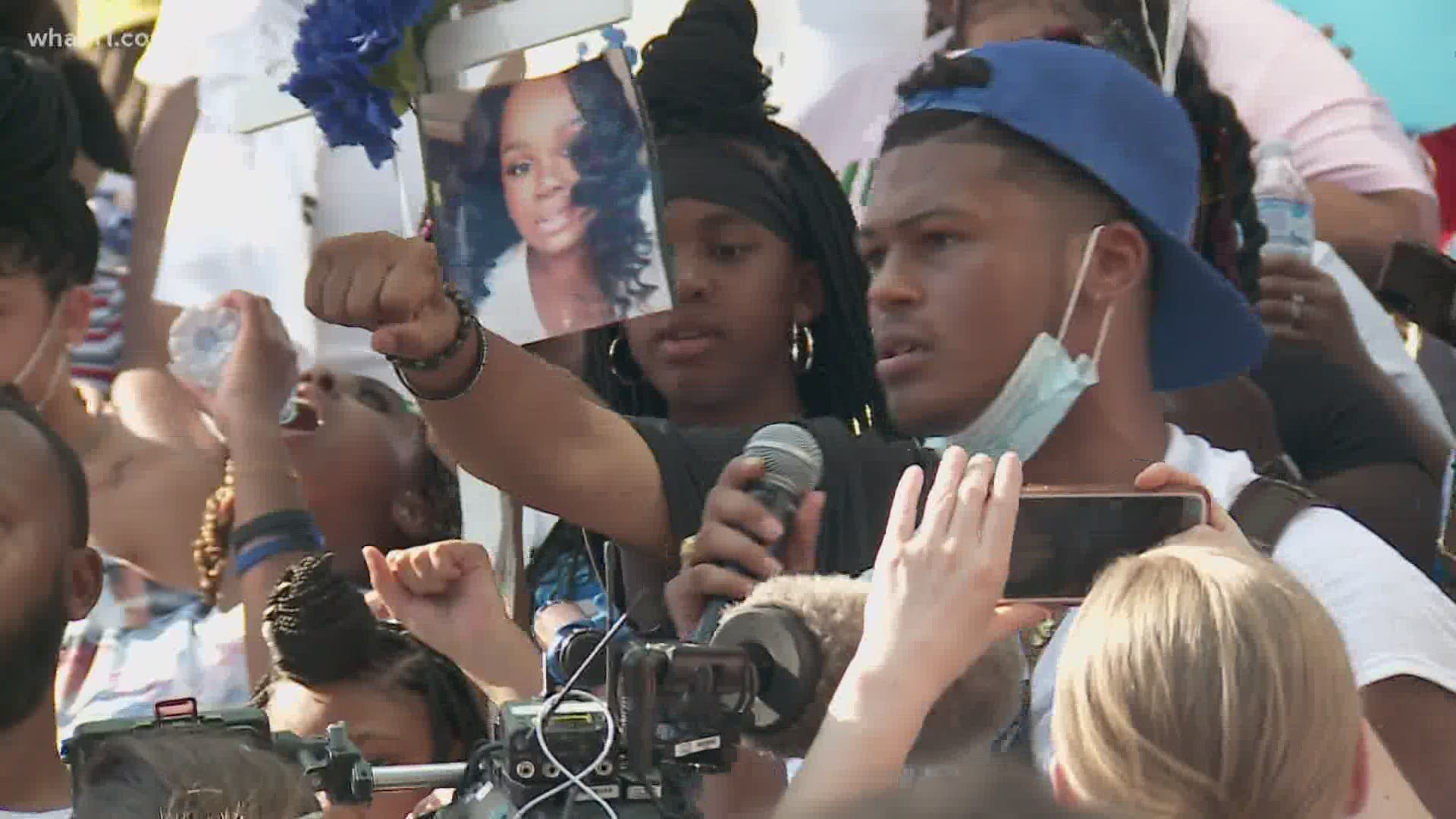 LOUISVILLE, Ky. — In light of the $12 million settlement made between the city and Breonna Taylor's family, protesters who have spent 111 days fighting for justice in the streets of Louisville said this does not change their process.

Tamika Palmer, Breonna's mother, stood in front of a crowd inside of Metro Hall and said we must have lose focus on what the real drive is; getting criminal charges for all three officers who fired shots the night Breonna was killed.

"As significant as today is, it's only the beginning of getting justice for Breonna," Palmer said.

Many of the protesters who have been out here since day one said they are not going anywhere until they get the proper justice for Breonna, but it also goes beyond that. It includes real, true systematic change that provides a more equal tomorrow for Black Louisvillians.

"We're far from done," said Carmen Jones, who has been protesting since the beginning. "Just because you give the family $12 million doesn't mean the rest of us don't have something to fight for."

"By no means is this money going to stop us from speaking out or stopping us from holding folks in power accountable," said Shauntrice Martin, a protester involved with Black Lives Matter Louisville. "It is absolutely essential that we continue this work so that all of this is not in vain."

"I've never seen nothing like this in my life," said Derek, a protester at Jefferson Square Park. He said it's important to acknowledge that the fight is much bigger than a single person. Breonna Taylor's life and death sparked a new movement in Louisville. "That was really the catalyst toward where Black people are really going."

"It's not a moment, it's a movement," said Rhonda Mathies, a community activist. "The eyes are on Louisville and what is going to happen."

This settlement comes just days before a possible decision from Attorney General Daniel Cameron in the Breonna Taylor case. Today, Lanita Baker, who is one of the lawyers that represents the Taylor family, confirmed involvement with the grand jury.

"In Kentucky right now we're like a boiling pot and the lid is doing that, it's steaming. This is their attempt at softening the blow for the lack of justice that I think they are going to serve," Jones said.

The settlement was something these protesters weren't expecting, but they have been getting prepared for the announcement.

"And I think this just gave everybody a lot of momentum," said Chanelle Helm, the founder of Black Lives Matter Louisville.

Helm said we can't ask what's next, because the current moment is still happening.

"The question is what is this city going to do about it's failed leadership," Helm said.

"We still don't have justice if the system doesn't change," Jones said.