A 12 News I-Team investigation has found that even crimes against children won't keep some offenders from living near schools. 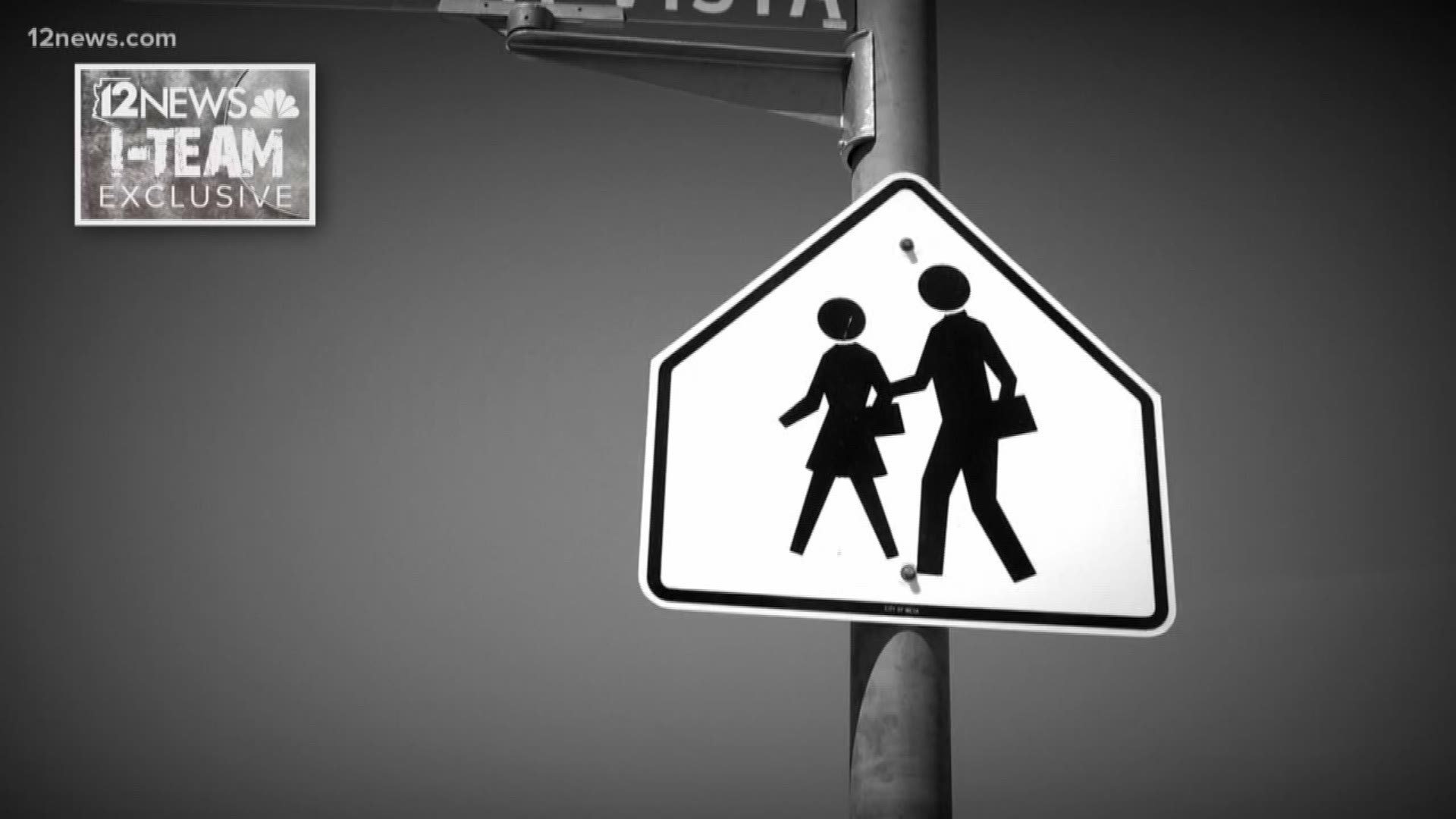 PHOENIX - A loophole in Arizona law allows sex offenders to live near schools, in some cases just feet away from campus.

Per state law, it’s only illegal for a sex offender to live within 1,000 feet of a school if that person has been convicted of a dangerous crime against children.

According to the state sex offender registry, one sex offender in Mesa lives steps away from two schools, Ishikawa Elementary School and Stapley Junior High. The Maricopa County Adult Probation says his victims were adults, not children.

We combed through the registry and found dozens of similar cases.

RELATED: Here's why hundreds of sex offenders may be going untracked in Phoenix

But it doesn't end there. It turns out the law isn't actually that cut-and-dry. A 12 News I-Team investigation has found that even crimes against children won’t keep some offenders from living near schools.

In one case, Loma Linda Elementary School in Phoenix can be seen from this offenders front yard. He was convicted of raping a child under the age of 16 in Massachusetts. His probation ended in September of last year, allowing him to live wherever he wants.

While some parents are shocked people with this type of criminal history can live so close to schools, some people are calling what they call rational laws.

Directors of Arizonans for Rational Sex Offense Laws Terry and Patricia Borden say sex offenders already have a hard enough time finding a place to live after they’re convicted, and that it would be wrong to forbid them from living near schools.

Their message to concerned parents?

Regardless, the fact that these sex offenders living near schools are legally doing so doesn't make the news any easier to swallow for parents.