A newly unsealed police document concludes, "[h]ad these offenses been properly reported it is probable that many of the sexual assaults would not have occurred." 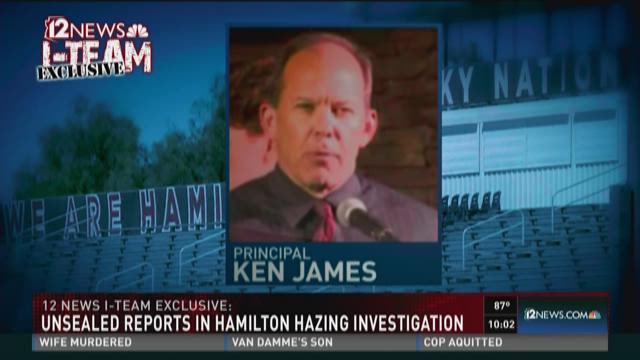 The missteps just revealed in the unsealed documents include allegations administrators deleted the initial voicemail tipping them off to the sexual abuse, a coach allegedly walking into a room where an assault was occurring, and attempts by the coaching staff to keep the scandal from spreading outside the program.

Coaches also told players not to speak to the media and alluded to avoiding police interviews, according to the documents.

One police document concludes, "[h]ad these offenses been properly reported it is probable that many of the sexual assaults would not have occurred."

The coach who allegedly walked into the locker room during an assault did not report it to police.

A player told police he was standing outside the locker room in a group of players during an assault and assistant coach Manny Palomarez asked what they were doing. The player said they did not want to go into the locker room. Palomarez went in briefly before exiting, saying nothing. Shortly after he left, the player said a victim came out of the room in tears.

Two parents told investigators that head football coach Steve Belles told players early in the 2016 season to stop the sexual hazing “because it was gay,” calling them “a bunch of Sanduskys,” in an apparent reference to former Penn State coach Jerry Sandusky convicted of sexually abusing children.

One boy’s parents met with Belles and informed him of hazing on the freshman football team, per the report. The parents told police his response was to inform them the freshman team was not his responsibility.

The police report states that after news of the investigation broke and Belles was removed as coach of the team -- he is still employed by the Chandler Unified School District -- coaches told players to come to them with any concerns rather than reaching out to an outside source.

“They cautioned against providing interviews, specifically towards the media, but alluding to the police investigation as well,” according to the documents. 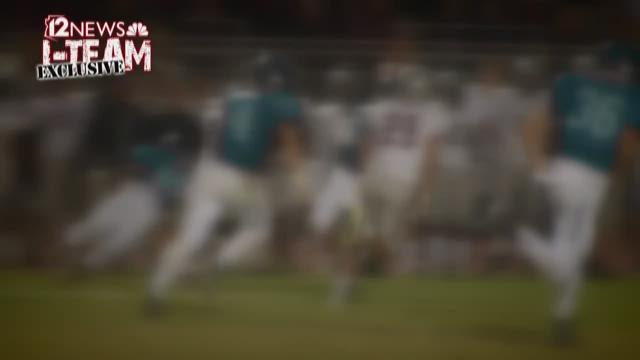 Police documents also state that three parents told investigators they’d had conversations with principal Ken James about inappropriate behavior, including one player’s parents who specifically told him “that the assaults involved holding a boy on the ground and sticking fingers and other objects in his mouth and anus,” according to the police report.

Initially, James told police he hadn’t heard of any initiations happening at Hamilton, before later describing a conversation with a parent about her son being harassed in the locker room in October 2016.

Athletic director Shawn Rustad received an anonymous call in January of this year reporting sexual hazing by varsity football players against freshmen brought up to play for the varsity team.

Documents say Rustad reached out to James, who told him to tell Belles, but Belles told investigators he never received word from administrators about the situation.

Rustad told police he interviewed several players after receiving the call, but he did not provide any documentation of those discussions. He said normally parents would be told about a conversation with administrative staff, but in this case parents were not notified, per James’ instructions to him.

Investigators served a search warrant on the school June 1 and seized computers used by James, Belles, Palomarez, Rustad and others.

Though the email system used by the school purges emails older than 90 days, investigators found two pieces of evidence in emails: a March 2017 message from Belles to James documenting a meeting with a player who said he was hazed by three suspects in the case; and another from Rustad to Belles with a link about how adults should handle hazing and telling him to have another talk with players about it.

According to the documents, Hamilton High School officials knew of reports of sexual hazing within the football team as early as 2015, but did not report any allegations to police until 2017.

In the meantime, the documents state Belles spoke to the team multiple times -- in May 2016 and at least once in the fall of that year -- warning players to stop hazing one another with sexual acts.

In an interview, Belles told police he did not know anything about the hazing until he was told police were investigating. That investigation began in February, several weeks after an anonymous female caller left a voicemail with the assistant athletic director alerting him to the situation. According to the documents, that voicemail was shared with James, then deleted.

Palomarez told investigators that Belles met with players in May 2016, telling them to stop the sexual harassment under threat of being removed from the team. One player said Belles specifically addressed the sexual hazing with the team during the 2015-16 year, while others confirmed to police that Belles spoke more generally against hazing during the spring of that school year or the summer following.

Hamilton administrators and football staff said the layout of the school’s fieldhouse, which contains the locker room, made it difficult to keep an eye on the team at all times.

Six players were arrested and three face charges in the case, including 17-year-old Nathaniel Thomas, who is being tried as an adult.

Chandler police have recommended charges against Belles, James and Rustad.

Families of alleged victims have filed paperwork notifying the state they intend to sue the Chandler Unified School District for damages in the hazing case. 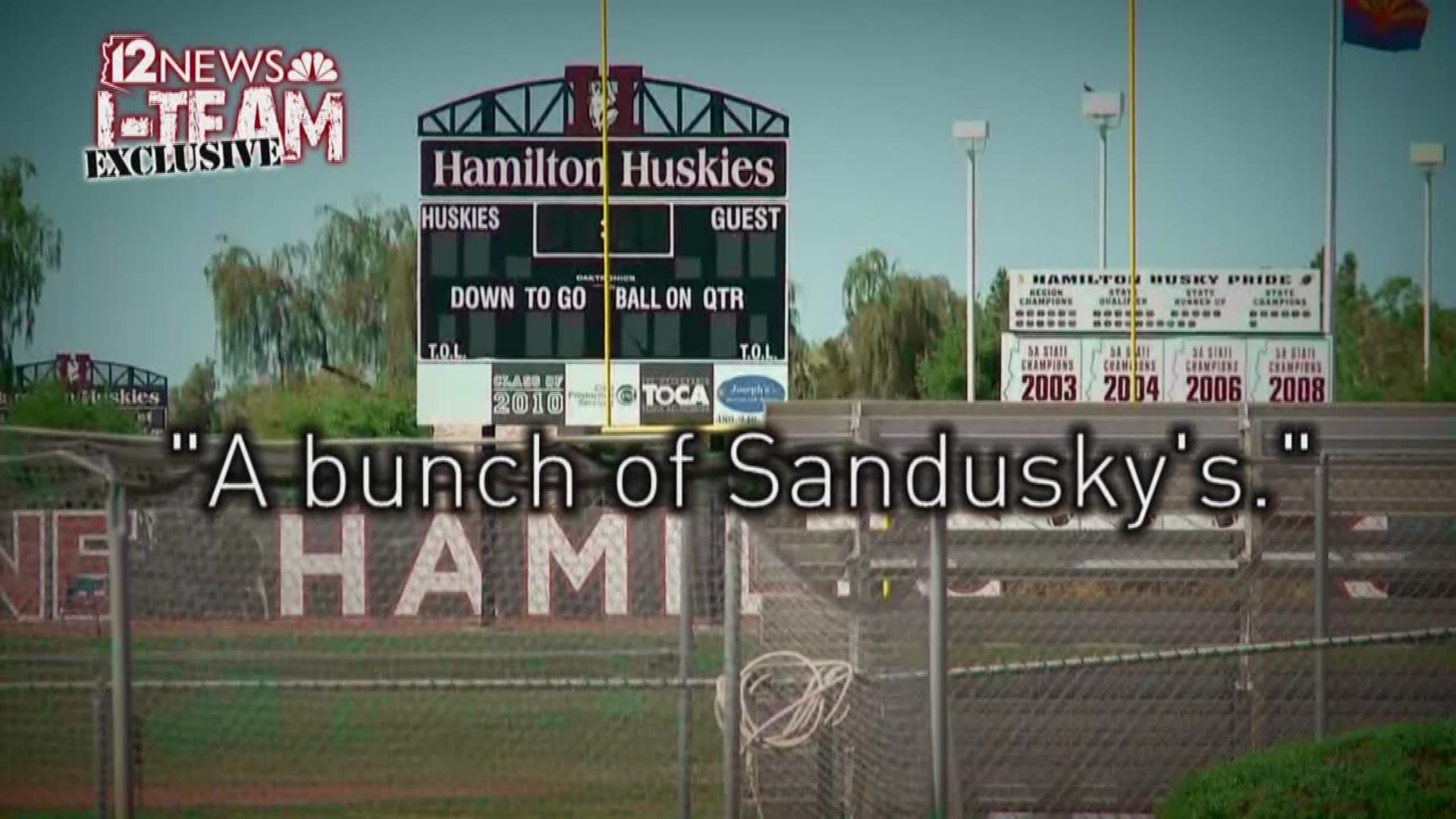