Man who slapped Harvey Weinstein is no angel

He has theft and robbery convictions and has owed back child support to two women. 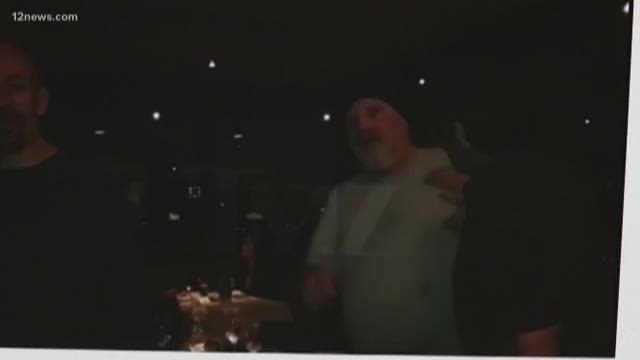 PHOENIX, Ariz.- After TMZ published a video showing a man slapping Harvey Weinstein, 12 News tracked who he was and it turns out he’s no angel either.

Court records obtained by the 12 News I-Team show he was found guilty and placed on probation for stealing a $2,600 motorized beach cruiser from the Tommy Bahama store at the Kierland Commons in Phoenix, and then tried to sell it online. Salamone also has felony convictions for theft in 1990 and robbery in 1991.

It doesn’t end there. The man who allegedly slapped Weinstein has owed back child support to two different women, who he never married. 12 News spoke to one of them, who says Salamone now owes her more than $60,000 in child support and has paid less than $1,000 over the years.

Salomone’s father provided Team 12 with his cell phone number. The convicted criminal told 12 News in a text message the following:

“Google my name you’ll see my entire criminal history. child support shop lifting yeah that’s how I’ve been living. Everyone knows me in Scottsdale. People like you unforgiving makes it hard for me to move forward.”

“The only interviews I do are paid interviews…!!”

Weinstein did not file a police report, so Salamone will not face charges for the slap.