No coach or administrator will be charged in Hamilton hazing case, county attorney says

Speaking at a press briefing Wednesday morning, County Attorney Bill Montgomery said there was not enough evidence to proceed with a criminal case at this time. 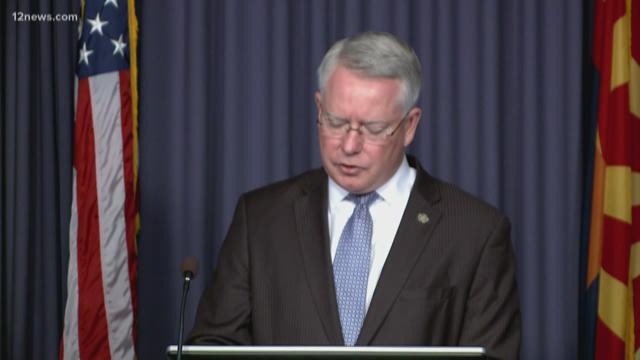 "The lack of cooperation from players with first-hand information needed to corroborate allegations detailed through the Chandler Police Department investigation we are unable to file charges beyond the three cases we have prosecuted so far," said County Attorney Bill Montgomery. 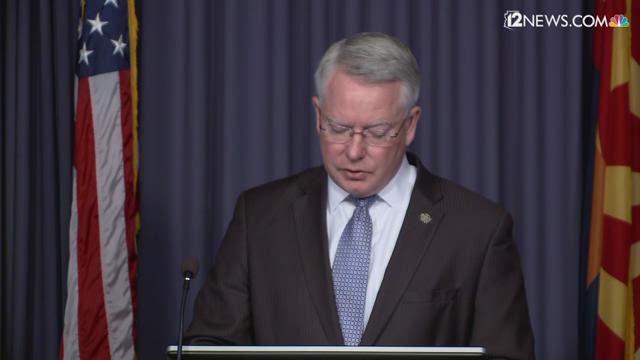 In March of 2017, six football players were arrested in connection with what police called a hazing initiation. According to court documents, members of Hamilton High School’s football team allegedly participated in sexual hazing that victims claim took place on school grounds between September 2015 and January 2017.

So far, six alleged victims have come forward to police.

Over the course of the investigation, court and police documents revealed parents called coaches and school employees with concerns, victims and witnesses told coaches about instances of alleged hazing, and also suggest Hamilton officials knew of allegations but did not report them to police.

Police have even cited interviews with players who claim Belles, on several occasions, warned the players against hazing -- allegedly telling them to "stop raping each other."

"Steve Belles never knew what was going on there," said Jack Wilenchik, Belles' attorney. "There's never been that kind of evidence there to say that he did."

Belles was removed from his coaching duties during the course of the subsequent police investigation, but is still a district employee.

All three men were reassigned to different off-campus duties back in September. According to Wilenchik, Belles plans to move on from Hamilton at the end of the school year.

During Wednesday's press conference, Montgomery assured parents who did speak up during the investigation that they had done the right thing.

“While the allegations are sufficiently detailed for me to be able to personally conclude that they happened, it is insufficient for us to be able to present that information to a jury," Montgomery said.

Montgomery wanted parents to know that he is not walking away from the investigation.

"The decision announced today does not mean that people with information cannot come forward today, tomorrow, next week, next month or even next year," he said.

According to Montgomery, the County Attorney's Office will continue to review any further information to the extent and frequency necessary to file a case if there is sufficient evidence.

After Montgomery's briefing, Hamilton High School sent a letter to parents saying the district and the school will "focus their time and attention to move the community forward."

The letter listed remedial measures to promote safety already in place at the school, including remodeled locker rooms, increased staff supervision and an online survey for students and parents to complete at the end of each athletic season.

We are committed to diligently investigating any additional leads in this case as they become available. We continue to encourage potential victims, witnesses, and their parents to come forward with any additional information pertaining to the Hamilton High School case.

Football player Nathaniel Thomas was charged as an adult, and it appears he may now take a plea deal in the case.

12 News has confirmed cases against two other suspects, both charged as juveniles, have been settled, and the court documents are sealed.