Who's Spying on You? Dressing rooms and bathrooms

It's a shocking invasion of privacy, but technology has made it easier than ever for criminals to spy on you. ​​We had a forensic investigator show us how. 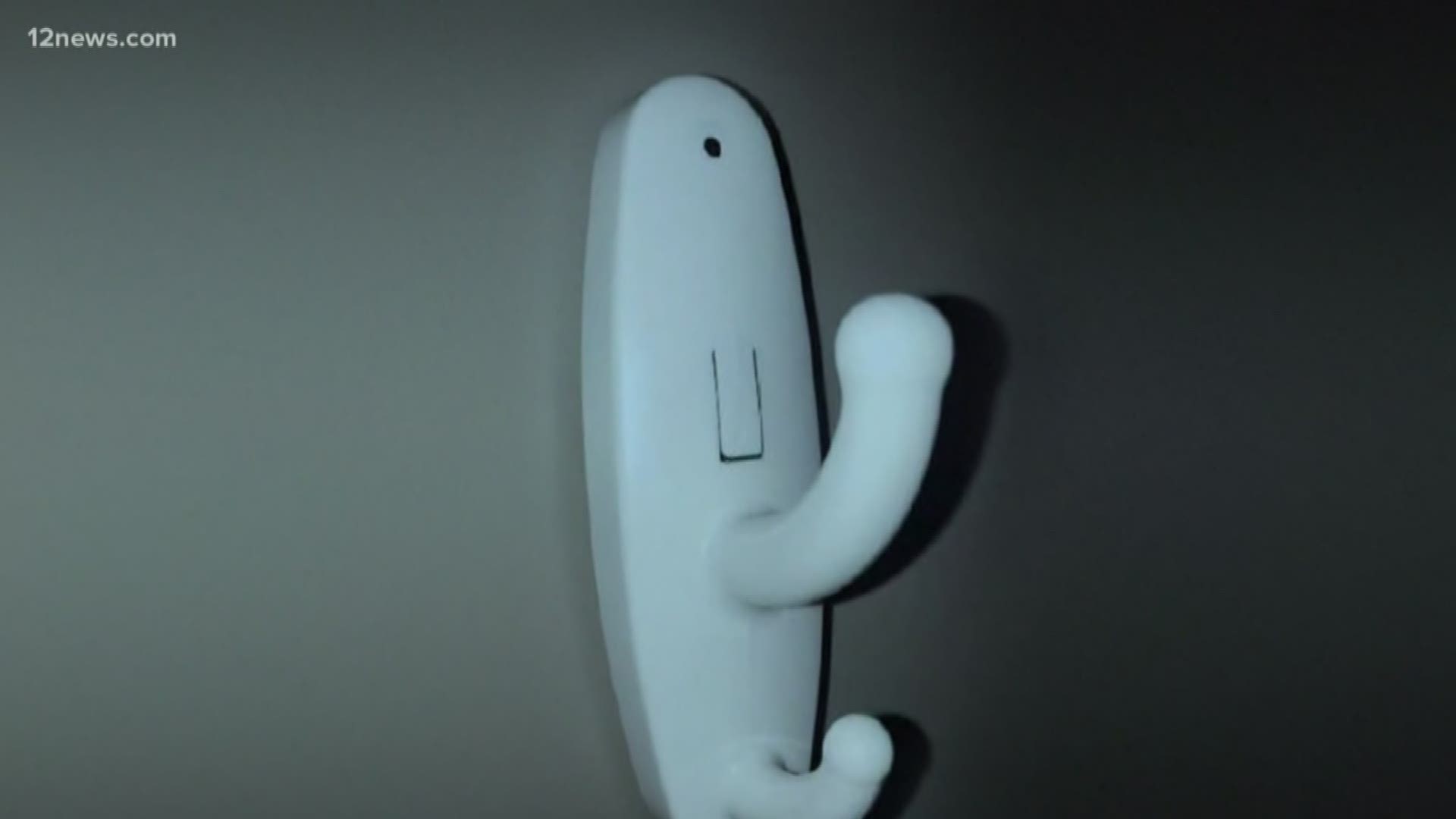 PHOENIX — We've all heard the creepy stories of peeping Toms getting arrested and people being spied on in hotel rooms and dressing rooms.

It’s a scary thought, but cameras are so tiny and cheap nowadays they can be watching you anytime, anywhere.

It's a shocking invasion of privacy – but technology has made it easier than ever for criminals to spy on you.

Lonnie Dworkin is a forensic investigator.

He sees first-hand how criminals misuse hidden cameras – and where they hide them.

We’re putting me to the test to see if I can spot the cameras that Dworkin hides in dressing rooms and bathrooms.

Kiss Me Kate Boutique in Phoenix allowed us in for this experiment – letting our investigator set up cameras — without me knowing me knowing where.

And I had a tough time -- which wasn’t comforting.

"Based on the cases I've worked both in state and out of state, generally they're looking for voyeur angles, which might be from floor up or from high down,” Dworkin said.

Dworkin says these criminals usually will place cameras that look from the floor up or from high angles down.

“The most intrusive would be from floor up, so I would look for equipment that doesn't belong on the floor,” he said.

“They just have to place the device and walk away,” Dworkin said.

The spy cameras nowadays are small, hard to see and connect to smartphones so they can be watched remotely. Then, the criminal could come back hours later to retrieve the camera and no one would ever know, Dworkin said.

MORE: How to spot hidden cameras in hotels, vacation rentals

I didn’t find either camera in the dressing room.

“[The cameras] are also located in a space most people don't look at,” Dworkin said. “When you walk into a dressing room, you don't look up and around, you look at the mirror and want to try the clothes on.”

Next, Dworkin set up a camera in a bathroom at 12 News, where I work. A bathroom that I’m used to. And still, it was difficult to find the camera he had placed in an air refresher that he brought in and stuck to the wall.

Often times, as with the dressing room, the criminal could bring in something that matches the room, or seemingly belongs, but place a camera inside of it.

In bathroom stalls, he warns that you should be aware. If something looks like it doesn’t belong, it likely doesn’t.

While these cases are rare, they do happen. The big takeaway here is that you can never be too alert and aware.