'What comes in here ends up all over the country.' Pinal County deputies work undercover to stop drug smuggling in Arizona

In a stretch of desert in Pinal County, more than 70 miles north of the U.S.-Mexico border, law enforcement officers work under complete darkness to stop drugs from being smuggled into the U.S. 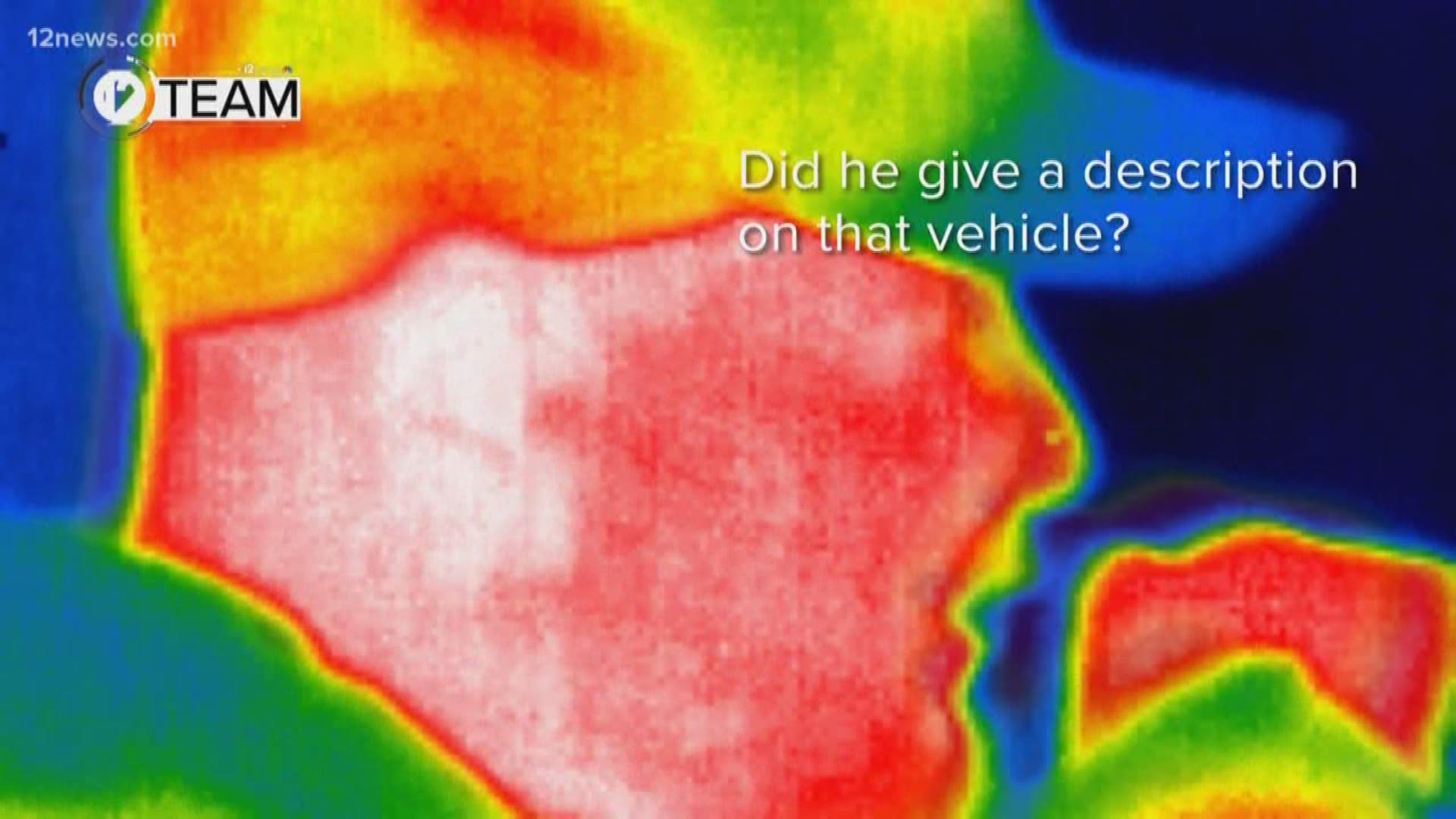 It’s just past 8 p.m., and the desert in Pinal County seems quiet. But for Sgt. Christopher Martin of the Pinal County Sheriff’s Office, it’s the start of a busy night.

He’s part of the anti-smuggling unit, which works alongside the Arizona Department of Public Safety, Customs and Border Protection, Immigration and Customs Enforcement and the Department of Homeland Security searching for drug smugglers—in this area more than 70 miles north of the U.S.-Mexico border.

The operation is aimed at stopping drugs from entering Arizona and ending up all over the rest of the country.

Operations like this happen overnight, so they’re working in complete darkness with the aid of night vision.

We used our own thermal imaging camera to capture the action.

It doesn’t take long before a group is spotted loading into a car.

“Group is on the move, they appear to be heading west,” Martin said into his radio.

In only a matter of minutes, law enforcement officials noticed some suspicious activity and have four people detained.

PCSO said this first stop of the night involved undocumented immigrants picked up by a driver who is a U.S. citizen. This time, there are no drugs.

As this group is detained, we’re on the move again. Another group is spotted.

This time, law enforcement officers find a personal amount of cocaine and a gun.

“You just assume everybody’s armed and or dangerous, and when they’re not, that’s just better,” Martin said.

According to sheriff’s officials, this desert area just 20 minutes south of Maricopa, along what’s known as the I-8 corridor, is one of the areas with the most drug trafficking activity in the Southwest.

“What comes in here ends up all over the country," Martin said.

Before making it into Arizona, those crossing the southern border illegally typically must cross the cartel first. Carrying drugs is the fee they pay to be allowed to keep going.

“They can’t just walk through the desert because the cartels own that portion of the corridor, and if they want permission to come, that’s how they’re paying for passage. It’s really horrible if you think about it," Martin said.

This stretch of desert is the first piece of U.S. soil that is not Native American land, meaning it’s the first opportunity for local law enforcement to step in.

Those who make it this far have been on foot for six days, oftentimes carrying bags of drugs weighing up to 40 pounds.

“Once that contraband gets out of our county and it’s into the Phoenix metropolitan area, it’s really a lot more difficult for that to be interdicted or keep out of our communities," Martin said. "This is really kind of a bottleneck or a place where we can actually have an effect on what’s coming in.”

The most common drug passing through here is marijuana, but law enforcement experts say after many states have legalized the drug, the cartel is changing its business.

“I think it’s slowed down a little bit, and I think there’s more narcotics and fentanyl and methamphetamines coming through the desert than maybe we had in the past," Martin said.

Looking at the area in the daytime is when you find supplies.

"Here's the carpet shoes. They just put them over top their boots," said Pinal County Sheriff Mark Lamb as he walked with us through the area.

He said there are spotters working with the cartel hiding in nearly every mountain surrounding this desert.

It’s not just law enforcement the cartels are watching, there’s a problem with what are known as “rip crews”—local drug dealers who try to steal the cartel’s load.

“Forty percent of all drugs in the United States come through Arizona," Lamb said.

Back during the night of the operation, police head off to track down a third group. This time, officers detain seven undocumented immigrants.

A fourth group was able to get away but left several bundles of marijuana behind.

And he says they will continue their operations until that stops.

“Why is it so important for you guys to be out here consistently making these types of stops?” we asked Sgt. Christopher Martin.

“That’s a big question. I mean, honestly, the people that bring the marijuana bring the hard drugs and other things, and all you gotta do is watch the news to see the type of devastation it brings to our communities," he answered.

Once those groups were detained, they were turned over to the federal government’s custody.

12 News reached out to Border Patrol to find out what they will be charged with, but so far, we have not heard back.