Lynwood Jennet has pleaded guilty to theft and conspiracy and has agreed to cooperate with investigators. Petersen has pleaded not guilty to all charges. 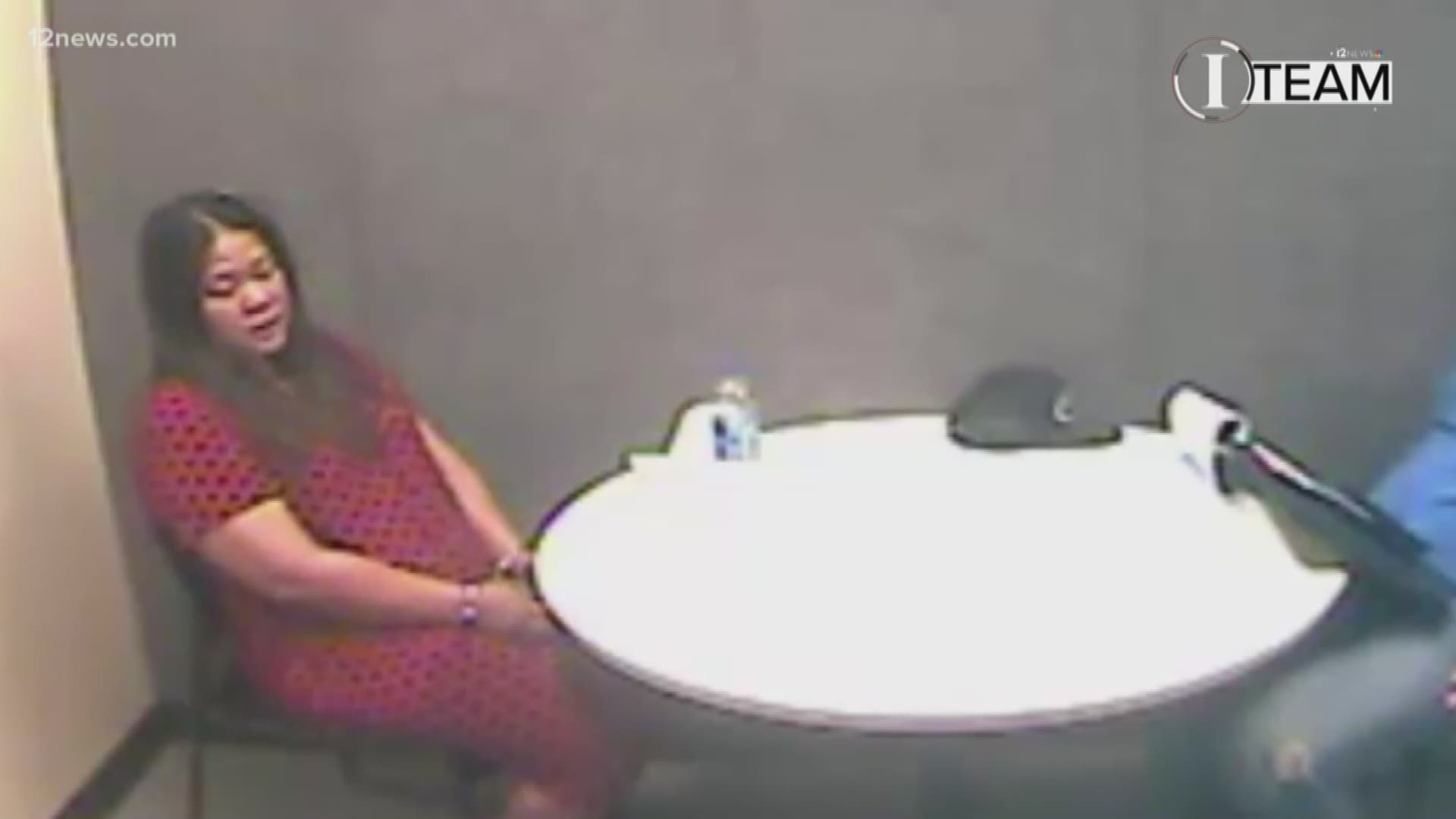 The 12 News I-Team has obtained a copy of Lynwood Jennet’s initial interview with investigators. Jennet was charged alongside former Maricopa County Assessor Paul Petersen in an alleged international adoption scheme. She has since pleaded guilty to conspiracy and theft.

“This is about my work, isn’t it? Or what I do for Paul?” asked Lynwood Jennet in an August interview with Homeland Security Investigations agents and DPS investigators.

Two months before Petersen’s arrest, the woman accused of helping him opened up to investigators.

"Anything you say can and will be used against you," read an HSI special agent.

Jennet, originally from the Marshall Islands, said she first met Petersen after he helped her put two of her own children up for adoption.

"After that, people, friends or family, reached out to me and asked me who I gave my – what agency or what attorney I went through with my adoption and I told them that it was Paul," Jennet said.

From there, Jennet started working for Petersen and over the course of six or seven years, she claimed she helped him bring expectant mothers from the Marshall Islands to Arizona.

Documents say there were more than two dozen women. Jennet said she then watched after them in a Mesa apartment owned by Petersen until the women gave birth then gave their babies up for adoption.

"How much do you pay them?" an investigator asked.

"Do you know how much he pays?" an investigator asked.

"He gives them a thousand dollars," Jennet said.

"A month?" an investigator asked.

According to an agreement between the United States and the Marshall Islands, it is illegal for Marshallese women to come to the United States for the sole purpose of adoption. Jennet told an investigator she knew about the compact and said the women were coming here for a better life.

"They want to leave because they’re struggling back home," Jennet said.

According to Jennet, part of the struggle was a prostitution camp in the Marshall Islands where she said many of the pregnant women she and Petersen worked with came from. Jennet claimed either businessmen or the Marshallese government ran the camp.

"How young are they when they get in there?" the DPS investigator asked.

"It goes from 15, 16 until little girls that get sent from the other islands," Jennet said.

"Is Paul involved in any of these camps?" he asked.

"No? OK," the investigator said.

"The reason I was referring to those camps is because it’s just sad," Jennet said. 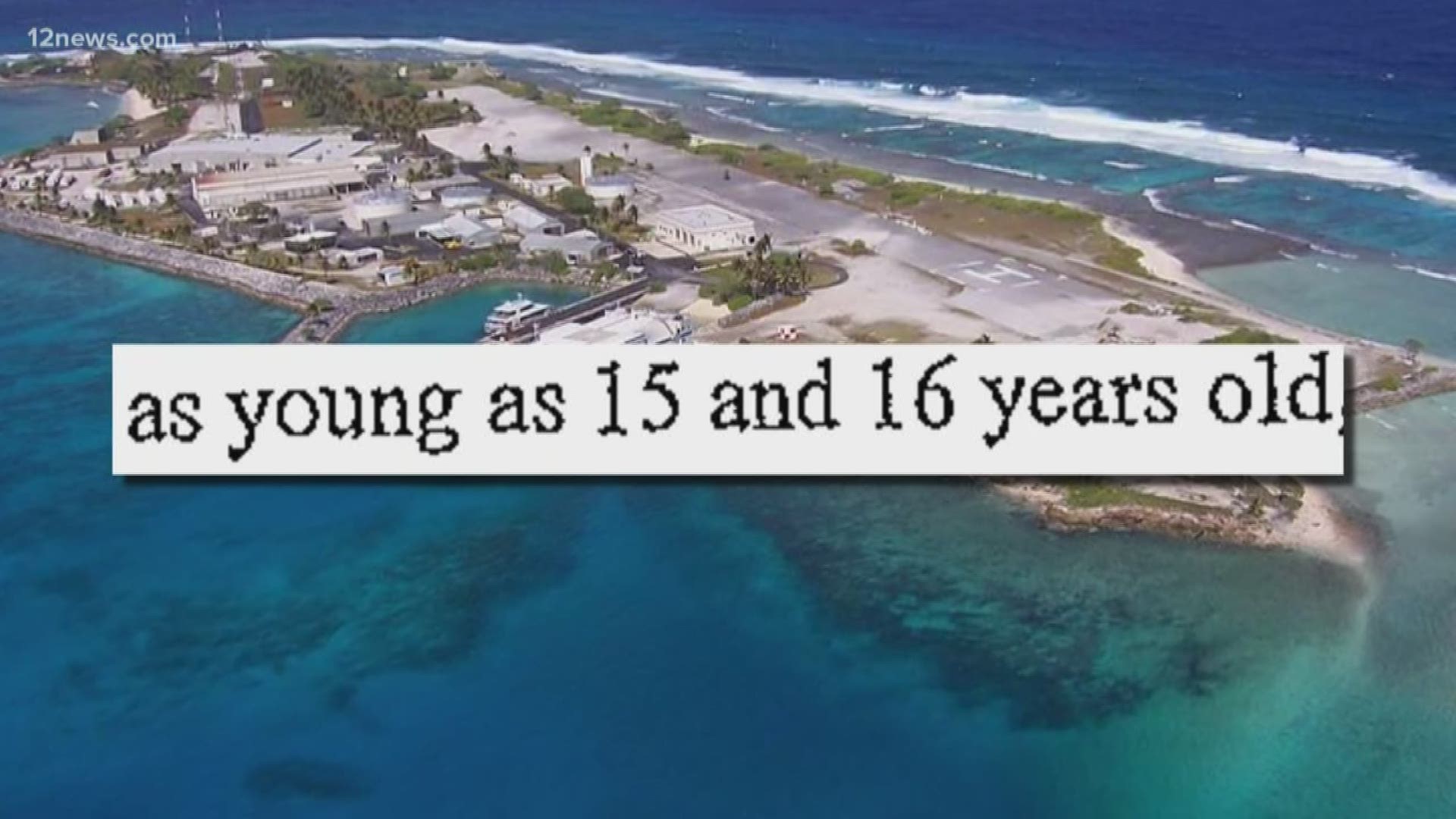 In Utah and Arkansas, Petersen faces charges related to human smuggling but alleged Medicaid fraud is the crux of Arizona’s investigation. Petersen and Jennet are accused of falsely claiming the Marshallese women were Arizona residents so they could obtain healthcare benefits throughout their pregnancies.

Many of those AHCCCS documents name Lynwood Jennet as each woman’s caretaker and main contact.

"Has Paul also told you to do the AHCCCS for the girls?" an investigator asked.

"OK. Why?" the investigator said.

"Why do the AHCCCS?" Jennet said.

"Because he cannot cover the hospital bills," Jennet said.

"That’s what he said?" the investigator asked.

"That’s what you just said," the investigator said.

"I said I guess he doesn’t want to cover the hospital bills because they’re too expensive. I don’t know,  but that’s what I’m told to do. To apply for the AHCCCS," Jennet said.

After nearly three hours of testimony, where investigators make it clear they are going after Petersen, authorities released Jennet.

"As promised, you’re being released," the HSI investigator said.

Petersen has pleaded not guilty to all charges. He is due in court in Utah in mid-June for a three-day preliminary hearing. 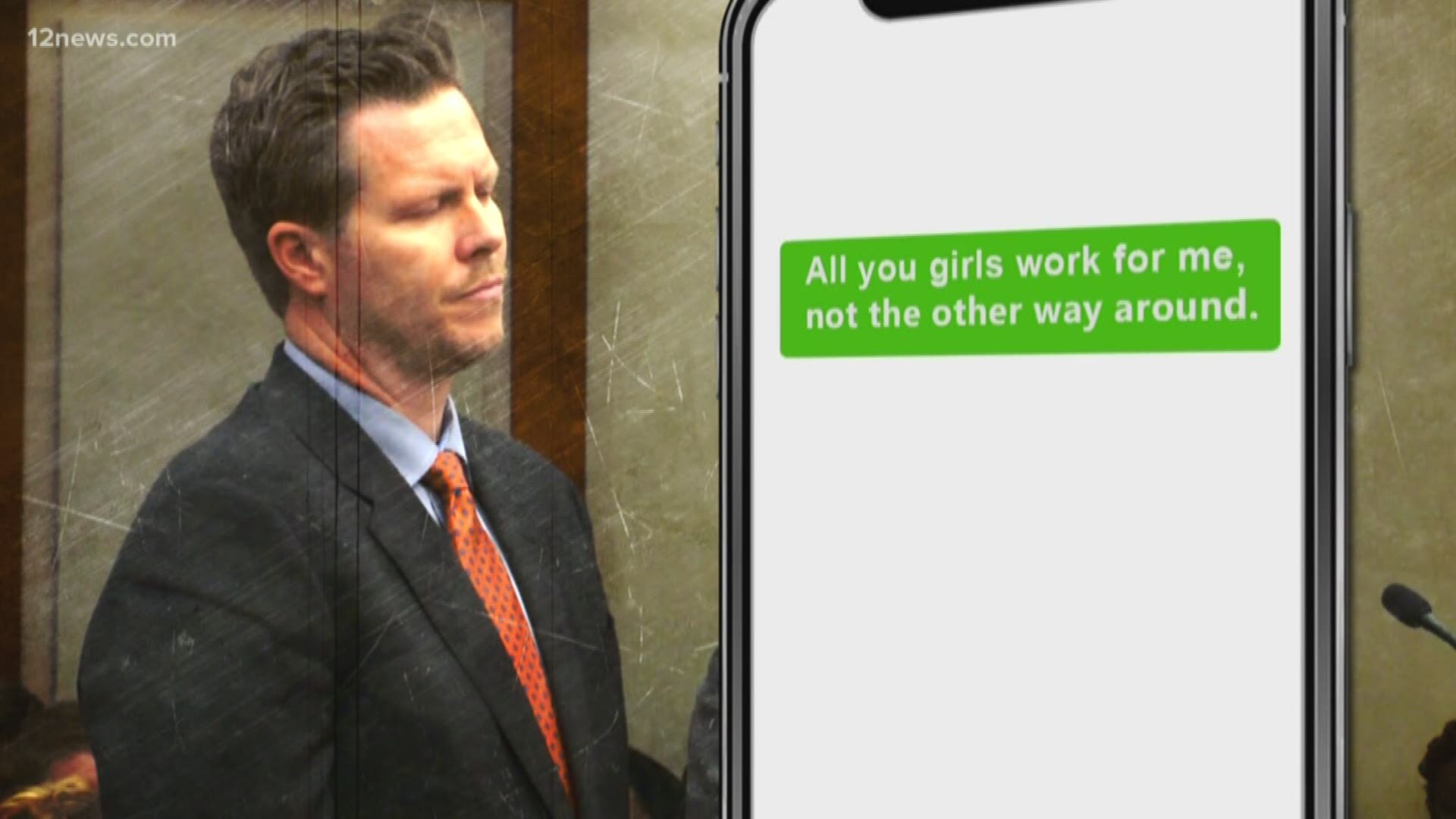