The 12 News I-Team uncovered in police records that a school employee reported the Vallow family to DCS in Feb. 2019, but the agency did not open an investigation. 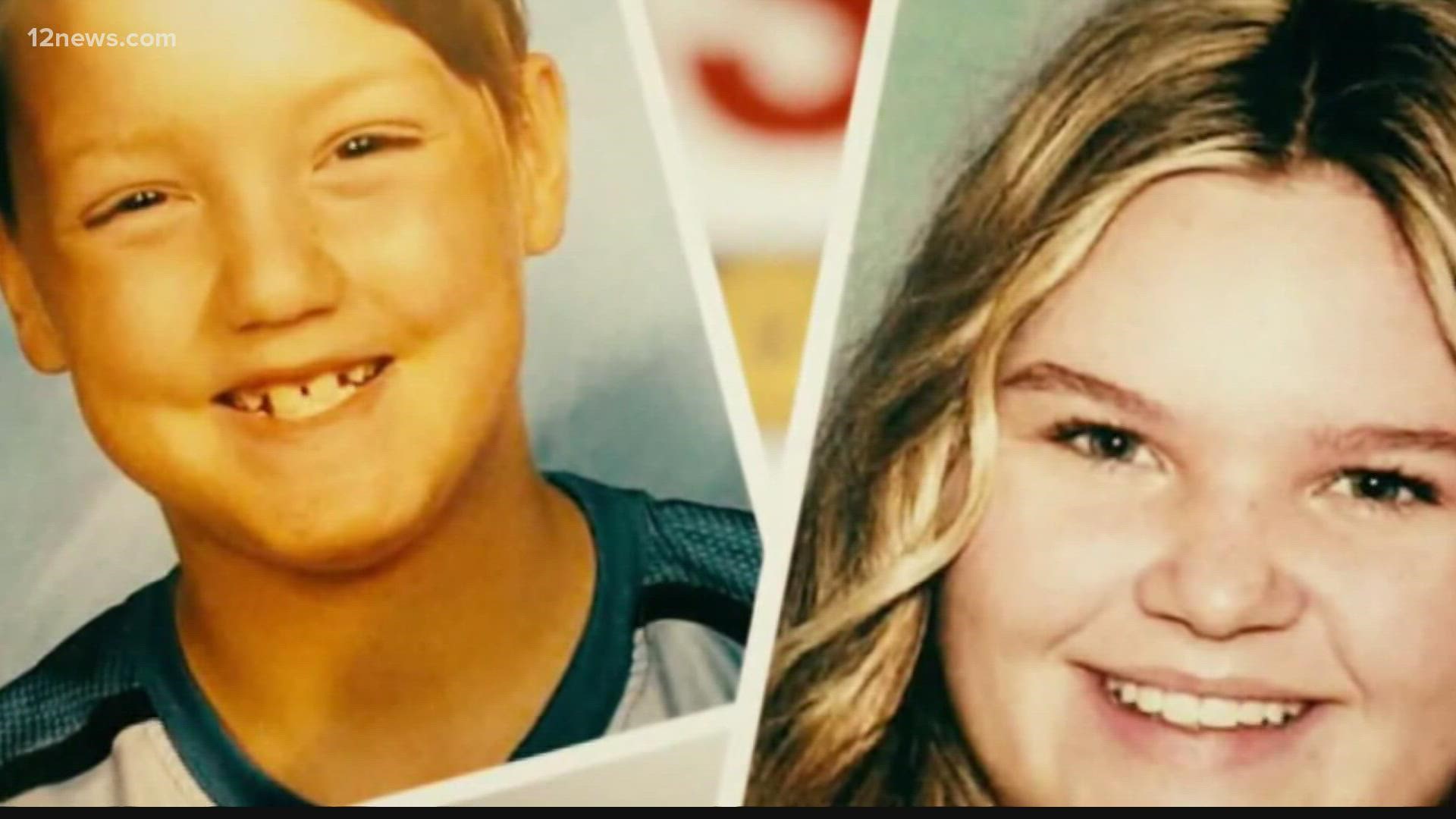 PHOENIX — In a case that has gripped the nation, new details reveal reports to the Arizona Department of Child Safety were never investigated prior to the deaths of a former Valley woman's two children.

Lori Vallow Daybell and her husband, Chad Daybell, are both accused of killing Lori's children, JJ Vallow and Tylee Ryan. The children, who used to live in the Valley, disappeared in September 2019. Their bodies were found buried in Chad Daybell's Idaho backyard in June 2020.

Lori and Chad Daybell have been charged with first-degree murder in their deaths, along with numerous other felonies.

For the past two years, investigators have been piecing together this complex case.  And the 12 News I-Team uncovered in recently-released police records that a school employee reported the Vallow family to the Arizona Department of Child Safety in February 2019, but DCS did not open an investigation.

JJ Vallow and Ryan were last seen alive in September 2019 in Idaho. Lori Vallow Daybell moved them from Arizona to Rexburg after her brother, Alex Cox, shot and killed Lori's then-husband Charles Vallow in July 2019.

Court records show the marriage between Lori Vallow Daybell and Charles Vallow grew rocky by the end of 2018.

At the end of January 2019, Charles Vallow called Gilbert police after he returned home from a business trip and told officers he thought Lori's religious beliefs turned radical and that he feared for his own life and their children.

Emails released by the Chandler Police Department indicate that Charles Vallow shared his concerns with staff at L.I.F.E. Academy in Gilbert, where JJ Vallow attended school, and noted he had to file an order of protection against his wife.

In February 2019, emails show the school told police they reported to child services “to ensure we were doing our due diligence in protecting JJ.”

Other emails between Chandler police and the FBI in December 2019 indicate DCS had another report about the family.

DCS confirms it received two communications about the Vallow family in 2019 but claims that neither resulted in an investigation because there was no showing of abuse or neglect.

An attorney for DCS and a spokesperson declined to tell the I-Team how the agency came to these conclusions and refused to release any records requested by 12 News.

"We cannot comment on the specifics of this case due to confidentiality laws," said spokesperson Darren DaRonco in an email.

DCS did provide a checklist of criteria it uses to determine whether the agency initiates an investigation.  For DCS to file a report, a source must allege that:

Lori moves the children to Idaho and marries Chad Daybell

In October 2019, Tammy Daybell died in the Rexburg home she shared with Chad Daybell. Her death was originally attributed to natural causes, but she was later exhumed and investigators announced charges in her murder in May 2021.

Less than two weeks after her death in November, Lori Vallow Daybell and Chad Daybell would marry in Hawaii. It was around this time that JJ Vallow's grandparents, Kay and Larry Woodcock, were starting to worry. They contacted Gilbert police to see if they could do a welfare check on the kids, not realizing Lori Vallow Daybell took them to Idaho.

Eventually, investigators tracked Lori Vallow Daybell down in Rexburg but were unable to find the children after they first questioned her about their whereabouts.

When police in Idaho went to circle back with Lori Vallow Daybell, she was nowhere to be found. Investigators eventually tracked her and Chad down in Hawaii, where she was arrested in February 2020 for failing to produce her kids. She was extradited back to Idaho in March where she's been in custody ever since.

In June 2020, investigators discovered and JJ Vallow and Ryan's bodies buried in Chad Daybell's backyard. He was arrested later that day and has been in the Fremont County Jail ever since.

In May, the couple was indicted on several felony charges connected to the deaths of the children and Chad Daybell's first wife Tammy Daybell.

Cox, Lori Vallow Daybell's brother, was also listed in Idaho court documents as someone who was involved in the kids' deaths.

Investigators said it was pings from Cox's cellphone that ultimately led them to discover the children's bodies. The records show his phone was in the yard for several hours during the time each child was believed to have been buried.

Cox is also accused of shooting at the ex-husband of Lori Vallow Daybell's niece in Gilbert and attempting to shoot Tammy Daybell in the days leading up to her death. He's not been charged in either of those cases.

What's next in the case

A few weeks later in Arizona, Lori Vallow Daybell was charged with conspiracy to commit murder in Charles' death.

Chad Daybell is slated for trial in November 2021 while Lori Vallow Daybell's case is on pause. Her attorney filed a motion earlier this year that she was not competent to stand trial. She's currently being treated in Idaho and will need a mental health evaluation before her case can proceed. She's due in court Wednesday when a judge is expected to rule on whether she is fit for trial or if she should continue mental health treatment.

The case in Idaho would need to wrap up before Lori would go to court in Arizona for the conspiracy charge in Maricopa County.