According to medical board documents, Dr. Ming-Jai Liu admitted to having sexual contact with his patient but says it was consensual. 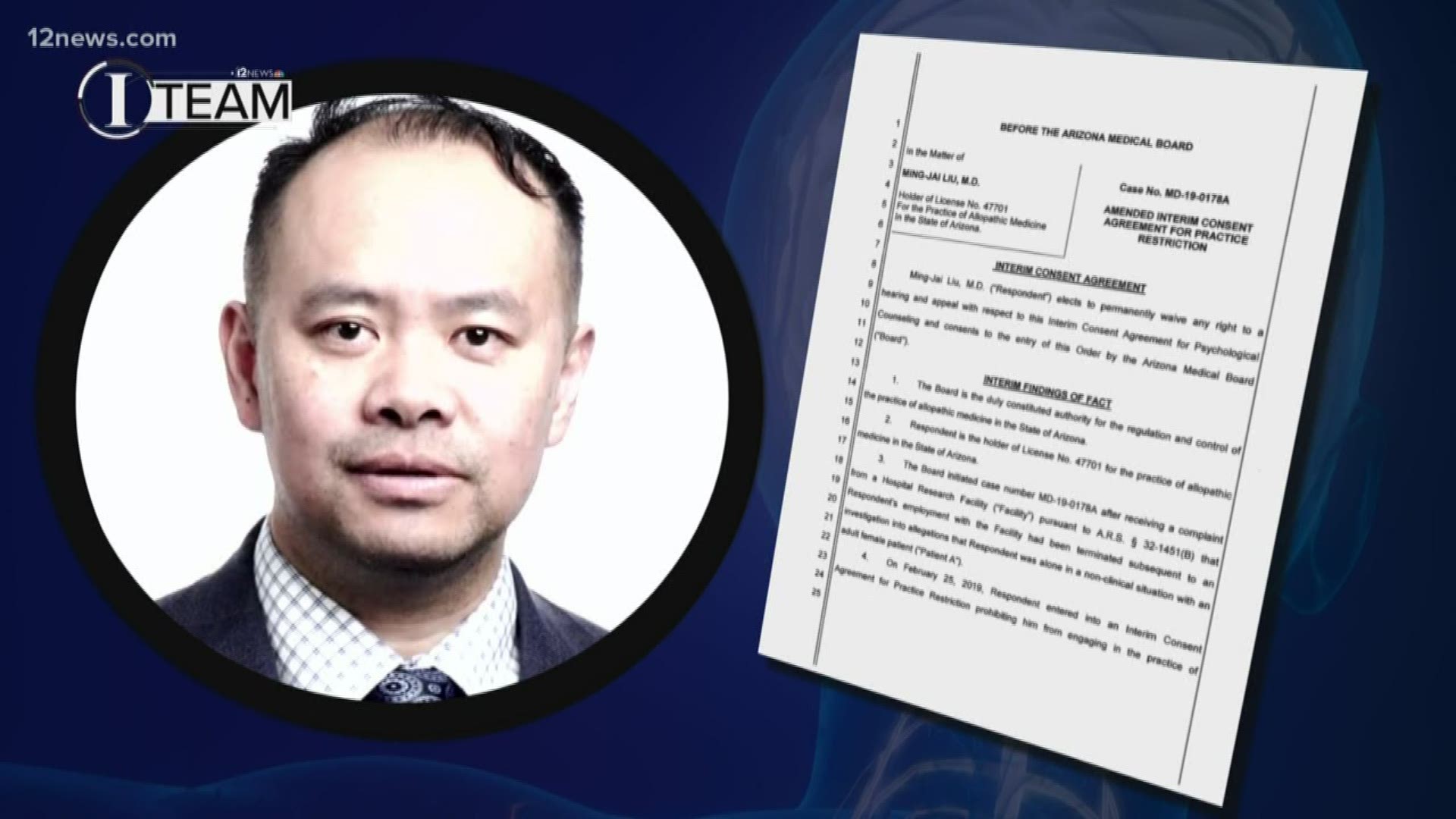 PHOENIX — After his license was suspended, a Valley doctor accused of sexually assaulting a patient is allowed to return to work.

It's a story the 12 News I-Team broke back in April when they sat down with the woman at the center of the allegations.

“I felt embarrassed. I felt hurt," said a woman who 12 News is calling MW to protect her privacy.

MW described an instance when she says she was assaulted by her doctor, Ming-Jai Liu. Liu has not been charged with a crime.

"He said, 'Do you want me to help you? I can help you get medicines and stuff and help,'" said MW.

MW has a functional movement disorder and went to Dr. Liu, who worked for Banner as a neurologist at the time, for treatment.

"Our client could not have consented," said Joseph D'Aguanno, MW's attorney. "The doctor utilized his power over the patient by promising her he would help her."

After MW reported the alleged assaults to Banner, Liu was fired and the Arizona Medical Board launched an investigation and suspended Liu's medical license.

Now, in a newly filed decision, the board reinstated him. Since February, Liu underwent a psychosexual evaluation, took an ethics course and enrolled in therapy.

After previously denying all of MW's allegations through his attorney, Liu admitted to the board that he had sexual conduct with her more than once and claimed it was consensual.

With continued therapy and a "boundary plan," Liu's medical license is once again active as the board continues to investigate.

D'Aguanno released the following statement to 12 News in light of the board's action:

"We are happy the Arizona Medical Board took our client seriously, investigated the abuse she suffered, and took steps to prevent this from happening to future patients of Dr. Liu. However, we are disappointed that Dr. Liu did not take ownership of his actions and characterized his abuse of our client as consensual."

12 News reached out to the Arizona Medical Board's executive director. She advised she is prohibited by statute from discussing a pending investigation.

12 News was unable to reach Liu or his attorney for comment.