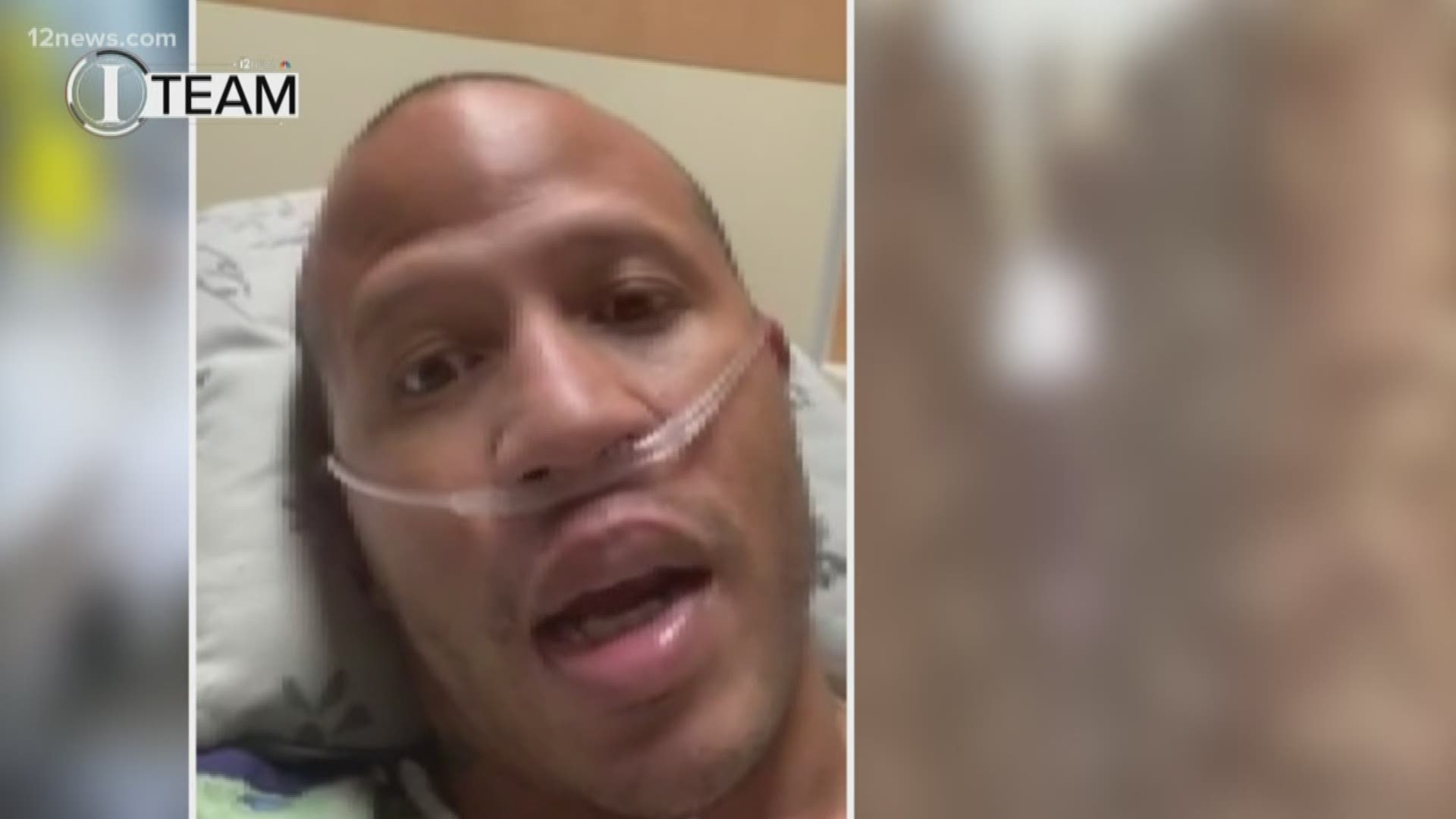 Bus drivers are designated essential workers by the Arizona governor and have continued working throughout the pandemic. However, they did not always have access to protective equipment and many expressed concerns about unsanitary conditions on city buses.

As the city initiated a series of measures to increase social distancing and safety on the buses, Taylor became ill and tested positive for the coronavirus, ultimately becoming hospitalized and even spending time in the intensive care unit at Banner Estrella.

All the while, Taylor would not get paid.

“If you need me on this bus to move the city around the way you need me to move it, then treat me with some respect,” Taylor said. “I’m out here on the front lines.”

RELATED: 'Please do something for us.' Sick Valley bus driver pleads for more protection

The FFCRA is a federal law that requires certain employers to provide additional sick leave for COVID-19 related problems. The law applies to some public employers and private employers with fewer than 500 employees.

In Phoenix, transit drivers are not considered city employees and did not receive these emergency benefits. Instead, the City of Phoenix contracts with private companies, First Transit, Transdev and MV Transportation to operate city buses. Those private contractors have more than 500 employees and were not compelled to expand sick leave under the FFCRA.

Instead, Transdev and MV Transportation replied to 12 News stating that sick drivers could use their accrued paid time off, including holidays and vacation time – or could take unpaid leave.

“At the present time, we cannot provide more paid time off to deal with issues related to COVID-19 than the number of days of accumulated sick time, vacation time and other paid time off an individual employee has aggregated,” Mitun Seguin, the vice president of Marketing and Communications for Transdev North America said in an email on April 10. “We are continuing to explore all options with our labor partners, to review possible options that could arise from the CARES act, and to work with our client, the City of Phoenix.”

“They can draw from their available paid time off or take time off without pay,” Jeff Womack, the chief marketing officer at MV Transportation said in an email on April 9.

For weeks, Taylor had no options and no pay, as he remained ill much longer than the accruals allowed. Doctors have told him to expect to stay in the hospital for weeks.

However, on Friday, First Transit confirmed to 12 News that Markell Taylor would receive 100% of his scheduled wages. The company said in an email on April 24, “During this unprecedented event, we are working with each employee situation on a case-by-case basis.”

Taylor and his family, want to see all transit workers protected.

“What do you mean by case-by-case basis? What other stipulations is that? If you’re going to do it for one, one of my coworkers, you should blanket and do it for all of them.”

Taylor is still fighting the virus while hospitalized and learned that his daughter has also tested positive or the virus.

If you have a tip for the 12 News I-Team, we want to hear from you. Connect with us at iteam@12news.com 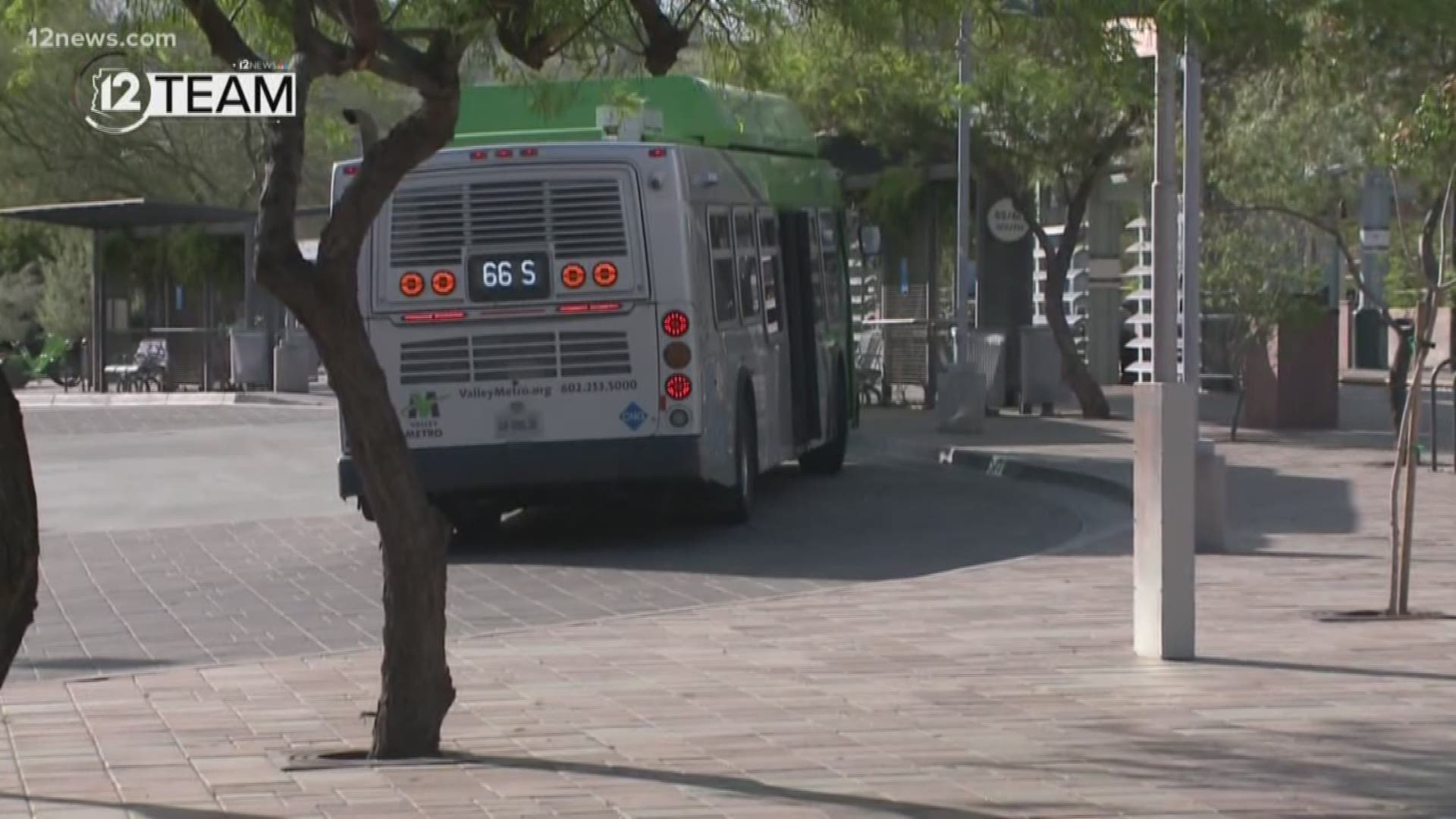