Before he dies, a witness is sharing what he knows about The Atlanta Child Murders 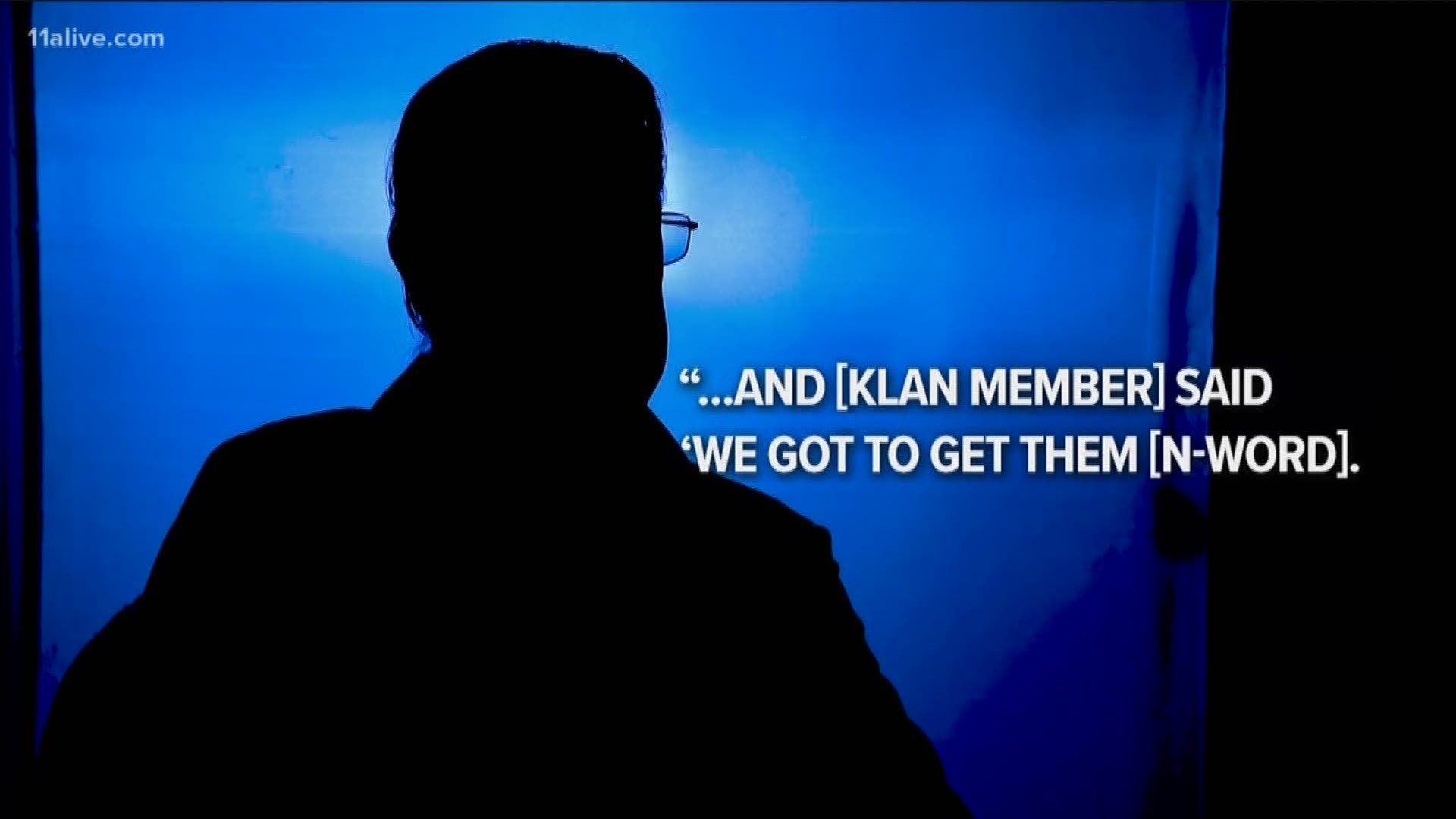 ATLANTA -- Twenty-nine children and young adults were killed or went missing in Atlanta over a three-year period. The one thing they all had in common is that they were black. The Atlanta Child Murders were a time in the city’s history where fear gripped black neighborhoods as child after child was found dead or never found at all.

Since the 1980s, the infamous killings have been blamed on one man. A man that has never stood trial for the child murders and a man who has not confessed.

Williams is the only suspect investigators made known publicly. But he wasn’t the only one.

In 1986, 11Alive obtained exclusive documents from a secret investigation into a deadly group of racist murders, the Klu Klux Klan.

Those documents are called the 8100 File.

Nearly 40 years ago, investigators explored if the Klan could be responsible for some the Atlanta Child Murders.

After the City of Atlanta announced they were reexamining evidence from The Atlanta Child Murders cases, 11Alive reporter Neima Abdulahi took a fresh look at the 8100 File that former reporter Paul Crawley obtained in 1986. To see those original reports, click here.

The investigation lasted for two months and ended a month before Williams was considered a suspect, according to the documents.

After our exclusive report highlighting the KKK investigation aired, Neima got a call from a man claiming he was the informant in that investigation. After extensively vetting his identity, he sat down to share his story for the first time.

The man we’ll call Larry believes the Atlanta Child Murders investigation is far from over. We’ve decided to keep his identity private because he fears retribution.

Larry said he’s coming forward now because, “I’m getting ready to die. It’s that simple. I would like to see closures come to families.”

Coming forward wasn’t easy for him. Even after contacting Neima, he was hesitant because he’s still fearful for his life. Convincing him to speak on camera took days.

He lived a double life as a Klan member during the top-secret KKK investigation and said he didn’t believe in their ideology. Documents show that investigators had at least two strategically placed sources in the organization. Larry said he became one of them after a Klan member approached him.

“He asked me if I wanted to join the Klan.”

He did, but as an undercover agent.

He said up as white man in the 60’s and 70’s, he was disturbed by the racism and worked as a confidential informant throughout the years on different cases. Of all the investigations he was part of, Larry said this one stuck with him.

Now, as Larry sits in front of a camera, bringing light to thoughts that have haunted him for decades, he’s older, scared and sad about what happened to those kids.

“This is the most heinous crimes committed in the nation. Killing those kids. What harm did they do anybody? None,” he said.

He got emotional during the interview several times, allowing tears to fall as he recalled these haunting memories.

“I hope they find justice,” he said.

“They’re still human. They bleed and they hurt.”

During his interview he outlined details and information about the Klansmen profiled in the KKK Investigation. At one point, he was the bodyguard for the grand dragon.

“After four or five meetings, the missing and murdered children came up. And (name edited out) said ‘we got to get them n-words. We’ve got to start a war,” he said with a Southern drawl.

That's exactly what the 8100 file details. Within the documents, law enforcement officials explained that the investigation was kept secret and sealed away from the public due to fears it would cause a race riot.

“The Klans wasn’t after girls. They were after males. Because males could cause a lot of problem when they got big, when they growed up,” Larry said.

Credit: Quote from Klansman as transcribed in the 8100 File

He said wore an audio recorder which could record up to 10 hours. Those recordings may never come to light.

“You’re going to find a lot of records was intentionally destroyed by these agencies. They didn’t want the public to know.”

11Alive confirmed that all audio recordings were destroyed. The GBI helped lead the original KKK investigation. A spokesperson said they destroyed the evidence once agents dismissed a link to the Klan.

Larry also shared details about a boy who was mentioned in the file, Lubie Geter.

One day while out riding, the story goes Geter bumped his go-cart into a Klan member’s car.

“They referred to him as the n-word kid, had run into a car or truck or something with a four-wheeler. Or go cart,” Larry said.

A note from the 8100 File from the informant said the Klansman was angered and “admitted that he wanted to kill Geter.”

Two months after the investigation started, the 8100 File said Klansmen were brought in for questioning and given a polygraph test. They passed. According to the documents, that’s when the investigation was considered closed.

Larry said he never witnessed any violent acts, but overhead plans to kill a black child. As for reopening the case, he thinks nothing new will surface.

Credit: WXIA
Lubie Geter, one of the 29 victims of the notorious Atlanta child murders, was 14 years old when he was found strangled.

“I do not believe they’re going to get anywhere,” he said with a quiver in his voice.

Larry said, “Well, I can’t do nothing for them,” as tears start to form, and he motions to turn off the camera.

He’s disappointed that there was never a conviction in any of the children’s cases and said politicians should have done more to identify other potential killers.

One observation that arises when people speculate if there were white people committing the murders, is how they couldn’t go unnoticed in black neighborhoods. Larry said Klan members would blend in as postal workers, carpenters, milk men, and in other professions. They were men with typical jobs, jobs that could make them essentially invisible in these neighborhoods.

He believes Wayne Williams was a scapegoat.

The 8100 File was clear that investigators didn’t even want the city to know they were looking at the Klan because they didn’t want to start a race riot.

Then, Wayne Williams was named as the suspect but never stood trial for the child murders and didn’t plead guilty on the charges.

Since Atlanta Mayor Keisha Lance Bottoms requested a fresh investigation into the murders, investigators have determined that at least four cases are inconsistent with the rest.

The new look at the cases is ongoing and the family members of the victims have told 11Alive that they’re looking for justice for the little boys and girls who never had to chance to realize their dreams.

11Alive reached out to several law enforcement officials listed in the 8100 File to ask specific questions about the informants that helped with the investigation. With all the time that has since passed, some have passed away. Others declined our request for an interview.

The Atlanta Police Department was also involved in the 8100 file in the 80s. When we asked about their new look into the evidence, they said "our investigators have not encountered any files outlining KKK involvement."

Why was Wayne Williams never tried for any of the Atlanta child murders?

The 7-year-old who escaped Wayne Williams

'Baby, momma got a chance to memorialize your death' | Murdered boy's mother gets wish