'We’re just living a nightmare.' Still no answers for family of Nick Cordova

Ahead of the holidays, a Scottsdale family is still searching for answers in Nick Cordova's death, nearly six months later.

GILBERT, Ariz. — A Scottsdale family will spend their first Thanksgiving without one of their loved ones. Nick Cordova was found dead inside of his Gilbert business back in May, but there are still answers or arrests.

Gilbert police are investigating the incident as a homicide. They’re looking for two possible suspects.

“He was my guy figure growing up," Nick's sister, Cherie Quick said. "The man who was supposed to walk me down the aisle when and if I ever got married, he was just supposed to be there."

The holidays, now making some days without Nick even more challenging, especially for his wife Alysha and their two children.

And his family is offering a $10,000 Silent Witness reward for justice for Nick.

“A little sliver of peace knowing that whoever did this is going to be punished," Alysha said. "They’re going to pay for what they did.”

Private investigator Rich Robertson says six months feels like a long time. But detectives have to be meticulous with evidence.

And since we still don’t know who the suspects are, the community could play a big role in finding answers.

“People think that law enforcement has the ability to enter all of this information into a massive computer that suddenly spits out the picture and biography of the person who's in the picture," Robertson said. "And that just isn't a reality. And you do need public assistance at times to identify who those people are.”

Things as simple as being aware of Nick’s case, the surveillance photos and listening for any chatter that may lead to clues around them. All with the goal of eventually leading to some closure for the Cordova’s. 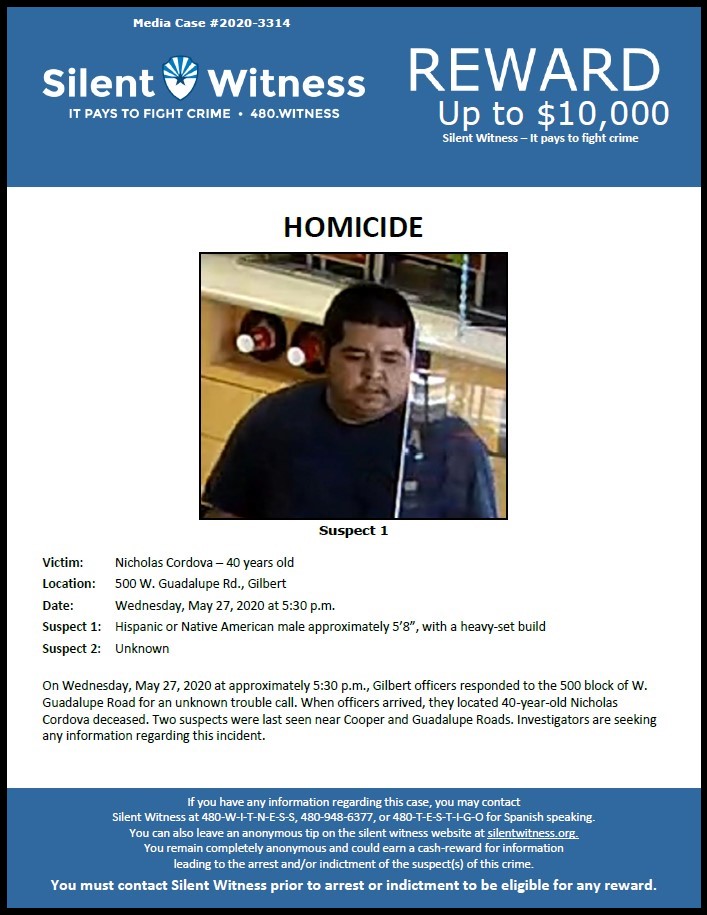