Nearly 15% of registered sex offenders in Phoenix only list intersections as their address. 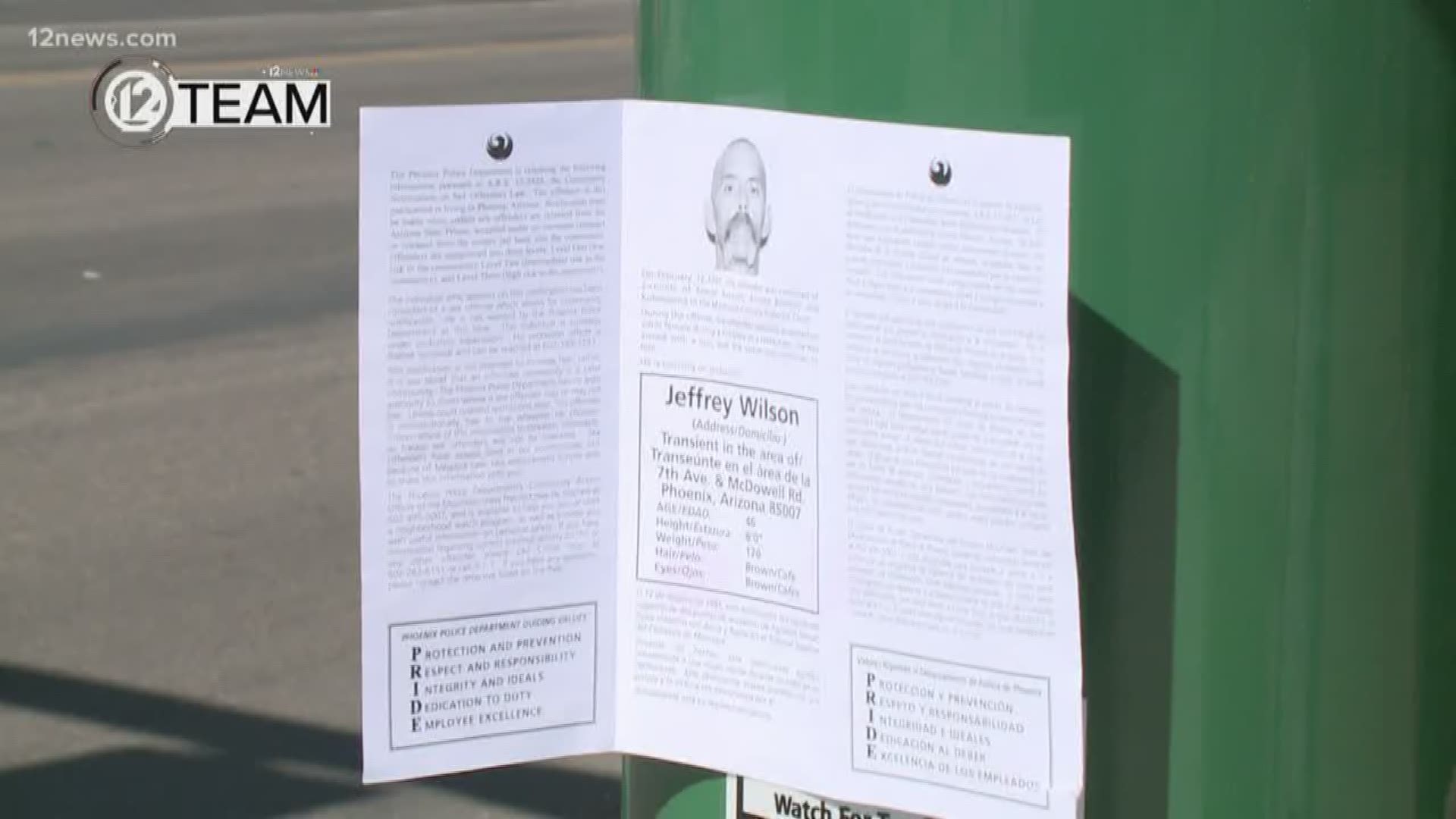 PHOENIX — There’s a flaw in the state’s sex offender registry system: Nearly 15% of registered sex offenders in Phoenix don’t have an address listed. They just gave intersections instead.

12 News found that more than 600 of Arizona’s nearly 8,000 sex offenders are registered to live at intersections, and 371 of them are considered Level 3 sex offenders; they’ve committed the most serious violations.

Of Phoenix’s sex offender population, 366 are registered at an intersection and 221 of them are level three offenders.

There are 700 more offenders considered “absconders” – meaning the state has no idea where they are since they haven’t registered their addresses.

Jeffery Wilson is a Level Three sex offender – the most serious kind of offender. He was convicted of sexually assaulting a stranger with a gun in 1991. He’s also an example of the flaw in the state’s system. The address he gave the state? Seventh Avenue and McDowell Road. If you go there you’ll see restaurants and a gas station. Not really any place to live.

Neighbors like Tami Monk got a notification about Wilson in the mail, but instead of listing a specific address like most notifications, it says Wilson is transient staying at 7th Avenue and McDowell.

“They need to have a permanent address, I believe,” Monk said.

Wilson is not alone. There are dozens of intersections listed as home to offenders, according to the database.

Over 40 sex offenders have vague cross streets that Google maps was not able to find.

Credit: 12 News
Google maps was not able to plug in over 40 if the almost 650 sex offenders registered under an intersection. Some have vague directions instead of specific cross streets.

16th Street and Buckeye Road is where 15 sex offenders are registered and supposed to be living there.

Some intersections make sense because they are located near homeless shelters. But others are more random -- like 35th Avenue and Glendale, where three more offenders are registered.

When 12 News first uncovered the problem in 2018, we sat down with a level two sex offender who used to be homeless. He spoke with 12 News on the condition of anonymity because he feared retaliation.

He said law enforcement officials never checked in on him.

“When I was homeless, I had to go ahead and go down to the sheriff’s officer and get on the corner. At first, I didn’t understand when the lady said, ‘Hey just give me a corner.’ And I gave her a corner,” he said.

It’s been difficult to get a direct answer on who is responsible for checking on these cases.

INTERACTIVE: Explore the map of intersections by tapping here