'We begged them not to release him': Mother pleads for drastic changes in Arizona's behavioral health system

The 12 News I-Team takes a deep dive into the state's behavioral health system's shortcomings and the proposals to fix them. 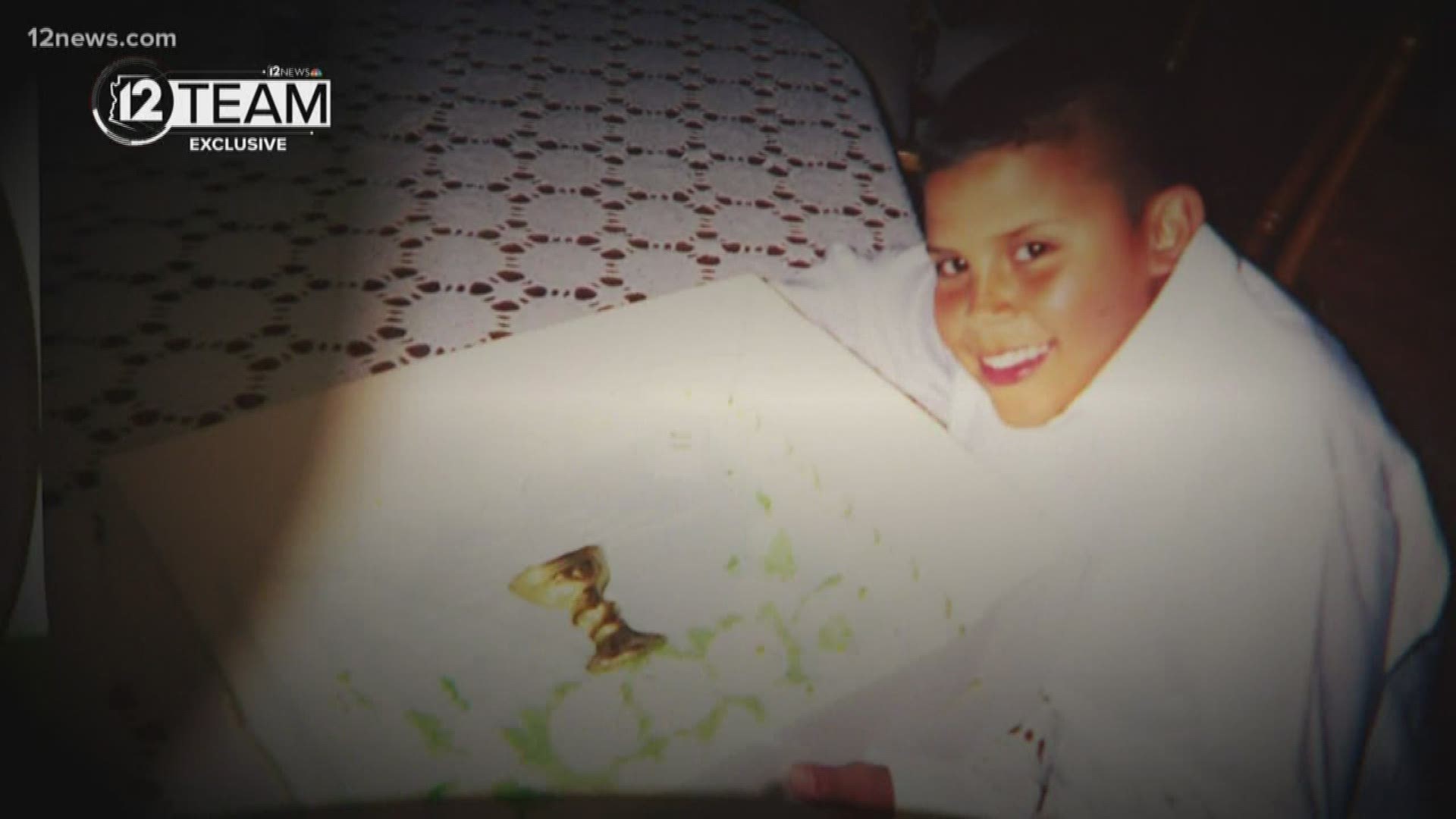 ARIZONA, USA — What happens when a mentally ill person is released from treatment?

As one Valley mother has found out, in many cases, they are released to the streets and in most cases, they end up back where they started or in jail.

Monica Arroyo lights up when she talks about her son, Angelo De Leon.

“He’s so loving he has a beautiful smile.”

But that’s not the Angelo she and her family usually see.

“It’s kind of like a Jekyll and Hyde,” said Monica.

Monica says Angelo was diagnosed with bipolar disorder 17 years ago and shortly after that he turned to drugs.

“Right now, his drug of choice is heroin, PCP and meth,” said Monica.

For more than a decade, Angelo’s family sent him to dozens of facilities like half-way houses and behavioral health centers. They were all options Monica saw as short-term solutions.

Over time, Angelo’s behavior got more violent and filled with criminal activity.

“He was one of the most notorious young men for beer runs and they finally got him and he did serve eight months in La Paz,” said Monica.

Most recently, Angelo ended up at Banner Thunderbird for treatment where his mom says he has never looked worse.

“This was a completely different level. This was looking at your child just empty. It’s kind of like seeing someone that’s brain dead,” said Monica.

She learned Banner planned to release him with nowhere to go.

“We begged them not to release him.”

He was discharged November 8.

“You’re gonna allow him to go out? He can harm himself and others. I will never forgive myself,” said Monica. “A mother’s gut feeling tells me we don’t have much time you know? We don’t. And I think that’s the biggest part.”

Her gut feeling was right. Nine days later, Angelo was arrested by Peoria Police. He’s accused of pushing and biting a woman then pointing a loaded gun at her and threatening to kill her. He’s facing charges of aggravated assault and possession of a weapon by a prohibited person.

Representative Nancy Barto says Monica is not alone. She has heard similar stories from countless Arizonans and has a personal experience with the state’s behavioral health system.

“My brother was a paranoid schizophrenic diagnosed years ago and he ended up homeless and eventually being murdered in Tucson,” said Barto.

Barto says Arizona ranks worst in the nation when it comes to long term housing options for the mentally ill.

According to Mental Health in America, Arizona has one of the highest percentages of adults with mental illness but when it comes to access to care, Arizona ranks in the bottom half at 36th in the country.

RELATED: Lawyer of man accused of killing 17-year-old boy claims he was 'ill-served' by state

“There is no long-term residential treatment available. That facility does not exist in our current system,” said Barto.

Barto says Arizona lawmakers want to change the system and are looking at options like a long-term secured facility. But until that happens, families like Monica’s are left praying that their loved ones don’t get hurt or hurt someone else.

“I’m begging Arizona to hear something has to change with these hospitals. Don’t get me wrong Banner’s doing great things for people but there has to be some type of transition,” said Monica. “The system has to change.”

Monica tells 12 News she is hiring a lawyer and plans on filing a lawsuit against Banner.