‘I need you now more than ever’: Inmate called mom about alleged sex assault days before dying in custody

For the first time, we are seeing and hearing from Jorden Simms in jailhouse interviews and recorded phone calls obtained exclusively by 12 News. 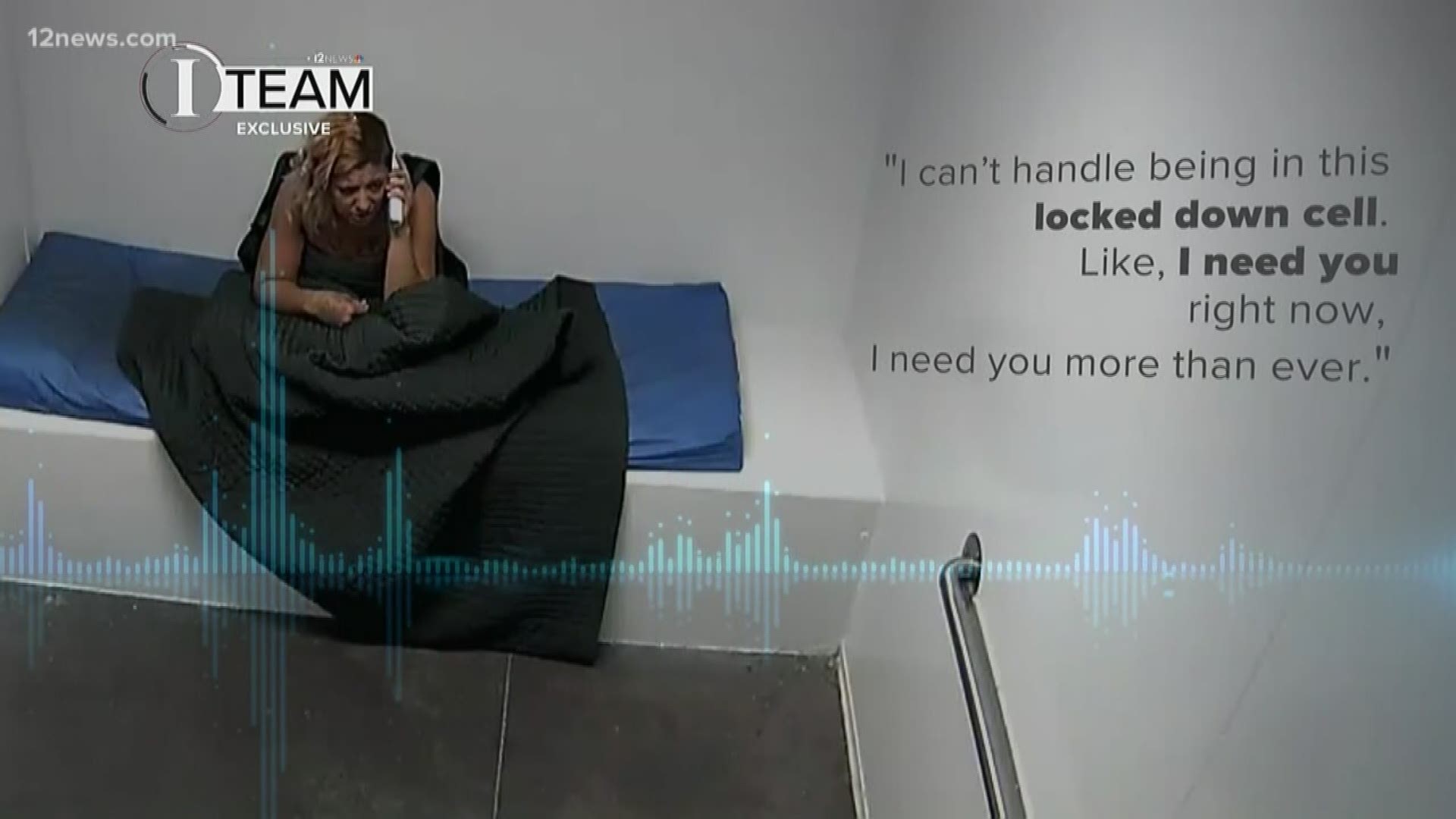 SAFFORD, Ariz. — The day after Christmas, police say an inmate jumped out of a law enforcement vehicle traveling 35 miles per hour.

The inmate was 28-year-old Jorden Simms, who would die from a series of head injuries police said were caused by her falling out of the car.

Just five days before Simms fell out of the police transport, Simms accused her arresting officer of sexually assaulting her.

RELATED: 'I'm scared of being raped in that jail': Officer fired after inmates claim culture of sexual abuse

According to police, Simms escaped handcuffs, a belly chain and ankle restraints before jumping out the back seat of the police transport vehicle two blocks from the Mt. Graham Regional Medical Center.

“We were almost to the hospital and stuff, and all of a sudden, the door opens. These doors aren’t supposed to open from the inside,” the officer who was driving the transport said on body camera footage obtained by 12 News.

Police found later that the child locks meant to keep inmates from opening their own doors, was engaged on the rear passenger side door, but not the driver side door where Simms sat.

Four months after Simms' death in police custody, 12 News has exclusive details on what happened.

After a record request and demand letter from 12 News' attorneys, the Graham County Sheriff's Office handed over jailhouse interviews and phone calls, where Simms described what happened to her in her own words.

“Please listen to me, I need you now more than ever.” Simms said in a jailhouse phone call to Sanchez.

The call came on December 23, two days after her arrest by Safford Police officer Jeremiah French.

French responded, but no shoplifted items were found. Instead, French wrote he discovered Simms had a warrant for her arrest in Yavapai County.

Simms would tell her mother she was sexually assaulted while she was alone in a hospital room with French for up to 30 minutes.

“He just kept telling me, 'It’s going to be OK, it’s going to be OK, just don’t make me look stupid,” Simms said while describing the events during a forensic interview on December 26, just hours before she allegedly jumped out of a police transport.

Simms would then break down during the forensic interview.

French did not have his body camera on during the arrest, according to reports.

Then Officer French would take Simms to the jail.

Video shows Simms tried to make an escape from the jailhouse bay and was wrestled to the ground by French.

"I ran away from the officer that molested me,” Simms said during the forensic interview.

French is on leave and under investigation. His attorney said in a statement that French adamantly denies all allegations against him.

His attorney said the DNA results from a sexual assault exam conducted on Dec. 23 will clear French of wrongdoing.

The exam on December 23 was not provided to 12 News.

After running from the jail, Simms was "red-tagged," which means she was held in solitary confinement, stripped of her clothes and given only a smock and a blanket.

“I need you right now. I can’t be in this lockdown cell,” Simms said in a phone call with her mother.

On Dec. 23, Simms went through her first sexual assault exam.

Simms said when she was brought back to jail, she was assaulted again, this time by a female officer.

"She told me to go ahead and report it because 'No one would ever believe you,'” Simms said in a forensic interview.

Jailhouse video shows Simms being taken into a holding room before walking into the shower room with a female officer.

During that time, Simms says the female officer assaulted her.

The officer denies any wrongdoing.

On Christmas Day, Simms spoke to her mother for what would be the last time.

"I want to know why I haven’t been examined,” Simms said.

The day after Christmas, Simms was taken back to for another sexual assault exam.

The examiner said there was additional bruising but no evidence of sexual assault by the female officer.

But in a phone call, she noted a tear in the genital region had not healed from a previous visit.

During the visit, Simms exhibited stomach pain, and the examiner recommended she be sent to the hospital.

Simms would never make it.

Two blocks from the hospital, Simms reportedly escaped her handcuffs, belly chain and ankle restraints before jumping out of the police transport, allegedly aided by a hotel-sized tube of shower gel.

Simms died as a result of her injuries. 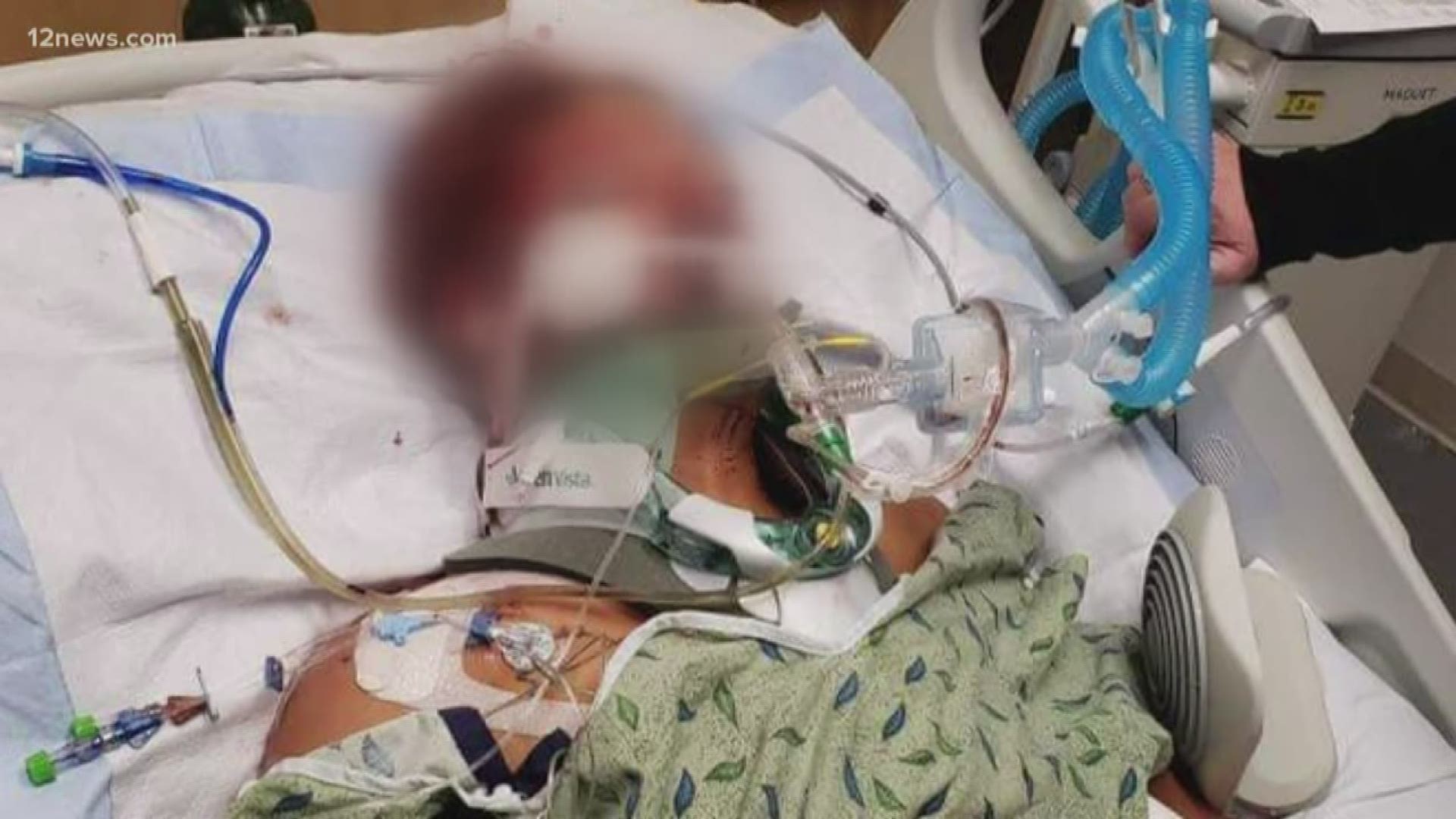