The owner and founder of Head To Toe Therapy in Phoenix tells 12 News she took out loans to handle expenses facing her company and that she is working to pay back any therapists owed money. 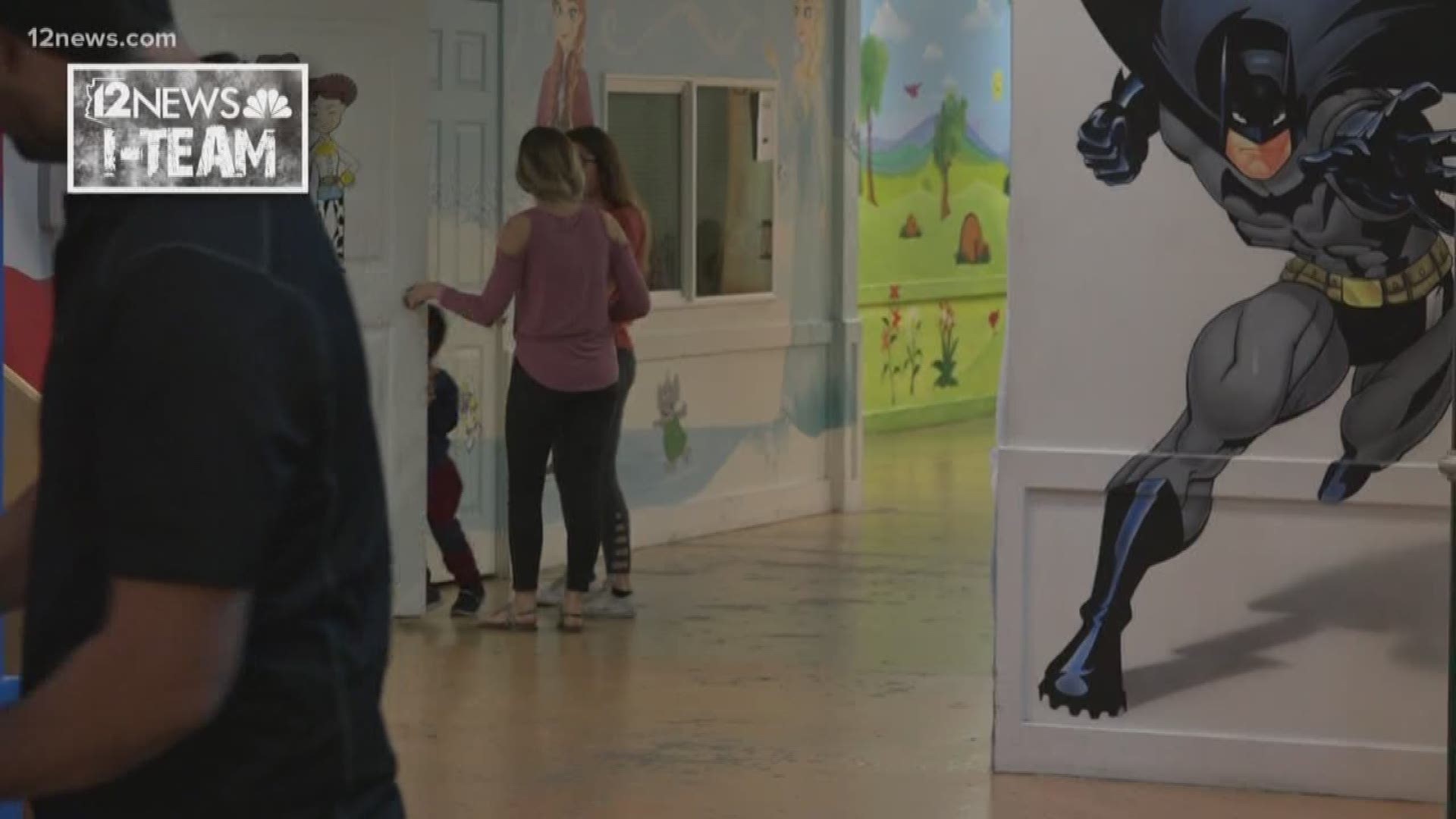 PHOENIX — Faced with financial troubles, the owner of a prominent special needs clinic in Phoenix told a group of therapists in June that she took out loans from people who may have been convicted felons and drug dealers.

The owner of the clinic says her words were taken out of context.  An audio recording of the meeting was provided to 12 News after more than a dozen therapists who worked as independent contractors claimed they were owed amounts ranging from $1,500 to $13,000 for work dating back to earlier this year.

Bridget O’Brien, owner and founder of Head To Toe Therapy, tells 12 News she took out loans to handle expenses facing her company and that she is working to pay back any therapists owed money.  Since 12 News first published a report about the therapists’ claims last month, four therapists say they have been paid all or some of the money owed to them. Several others tell 12 News they are still attempting to collect what is owed to them, with no success.

O’Brien maintains any therapists still owed money simply need to provide the proper documentation that complies with health privacy requirements in order to get paid.

“Being an independent contractor is not a fit for everybody…they also have the responsibility to get us the documentation and all the things we need to be able to receive the funding to be able to pay them,” O’Brien told 12 News during a recent interview.

“I know that my heart is in the right place and I’m doing everything I can within my power," she added.

O’Brien, a speech pathologist and psychologist, started the clinic a decade ago as a one-stop shop for families in the special needs community. Parents and therapists have praised the clinic for filling a vital need in the community.

“Honestly, I think she’s almost a saint with what she’s done. How she first developed Head To Toe Therapy and then to how it has grown into what it is today,” said Dr. Joshua Bitton, a longtime physician at Head To Toe.

The clinic provided 12 News a declaration with more than 200 signatures, stating in part that Head to Toe “was designed to be a place of hope, faith, joy, happiness, healing and a place where miracles can be witnessed on a daily basis.”

“Head To Toe Therapy, Inc. will continue to strive to be a light and an example of how healthcare should be provided to those who are in need,” the statement reads.

But payment problems have been a source of deep frustration for many therapists, many who described to 12 News having to borrow money, max-out credit cards and go into debt.

Many take issue with the idea that the lack of payments is only about paperwork issues. For at least a year, the clinic has delayed or withheld payments to some therapists, though O’Brien says they represent a small fraction of the more than 200 independent contractors who perform work for the clinic who get paid monthly. O’Brien acknowledges there was a cash flow problem and glitches with a new computer system implemented by the company a year ago.

Amid the crisis, O’Brien held a June 12 meeting with contractors.  According to the audio, O’Brien made references to loans she took out.

“So, I made a really bad choice and got money from people like, that I later found out were like, you know, convicted felons and drug dealers,” O’Brien can be heard saying in the audio. Later she added,  “I’ll be as transparent as you guys want me to be. You know, I don’t want to stress anybody else out, you know? Like, do I want to tell you that yeah, like I made a horrible deal with a bunch of drug dealers, no. But you know if that doesn’t sell you that I’m in, I don’t know how anymore.”

During an interview with 12 News, Bridget O’Brien said the intent of her comments during the June 12 meeting was to tell therapists she had sold everything she had to make the business work.

“I believe that you don’t have accurate information,” O’Brien told 12 News, in response to why she made the comments about “drug dealers.” “And I believe sometimes people can take one word or a play on words. I’m a linguist, so I completely understand that. You, as a reporter, I’m sure do as well. And so sometimes things, and oftentimes are taken out of context.”

O’Brien says a January Cancer diagnosis had only added to her personal and professional hardships.

“The fact I had to step away from things is not what I wanted and that’s why we’re in the process of getting a COO involved,” O’Brien said.

O’Brien says she started the clinic because she was inspired by her own experience taking care of special needs kids.

“I was really blessed to have the opportunity to foster several children in this state and one little girl kind of stole my heart and I created it for her,” O’Brien said.

The sprawling office building in Phoenix provides occupational, physical, speech, and music therapy among other services.

One Spanish-speaking parent showered the clinic with praise, telling 12 News her four children have received consistent care at the clinic for several years.

“They all have very unique needs and this place has been there for them,” said Herminea Garcia.

O’Brien said she is working to help families who have experienced a disruption in services.

“I think it speaks volumes that the families are still here and still supporting us. We are doing absolutely the best that we can and working as hard as we can to make sure if a therapist leaves it’s the smoothest transition,” O’Brien said.