One of 'Mr. Dave's' victims was mentally disabled, according to police reports obtained by Arizona House investigators. Stringer quit Thursday after facing expulsion from the House. 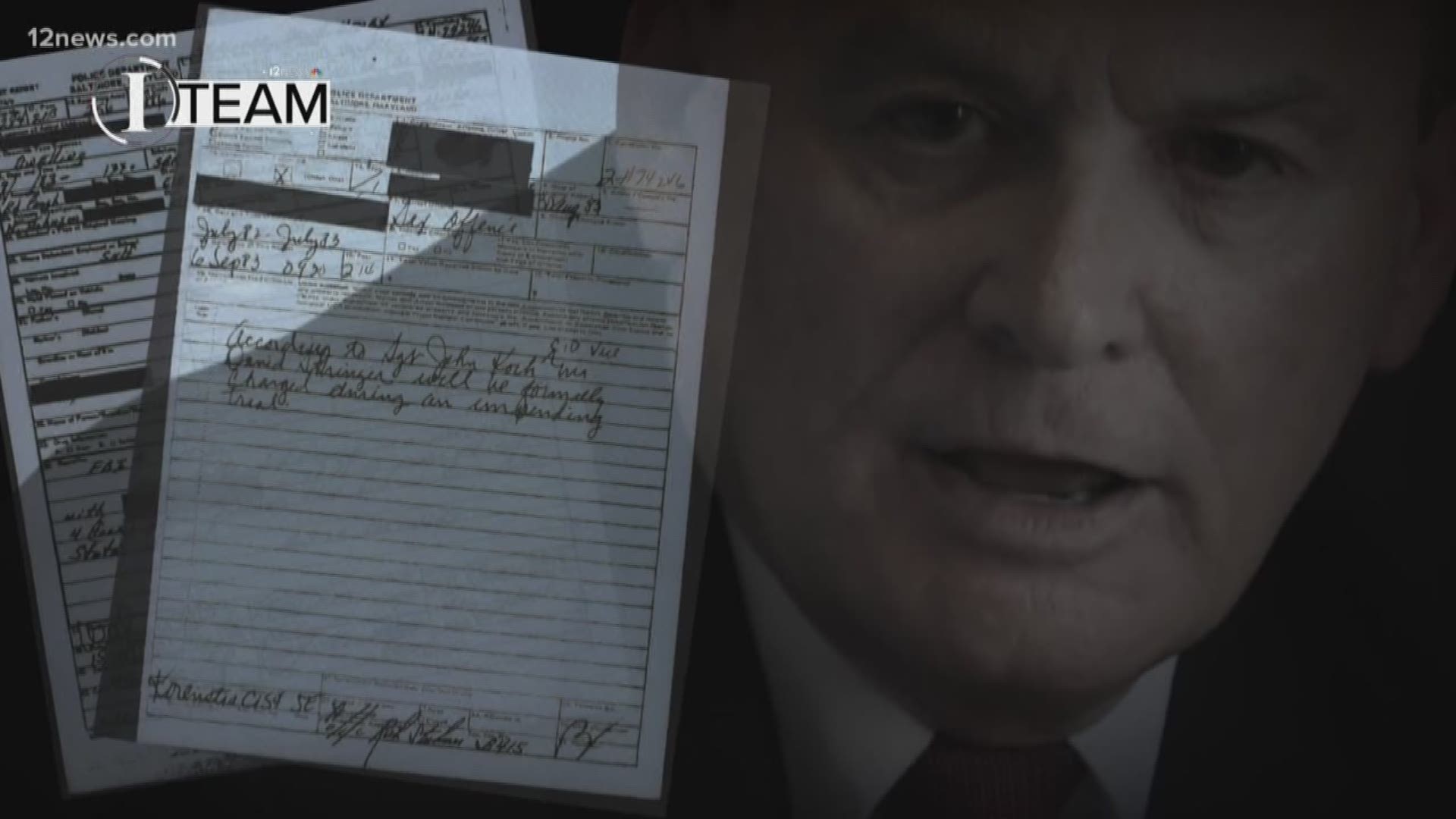 PHOENIX — Former Arizona State Representative David Stringer paid for sex with underage boys, one of them mentally disabled, after inviting them to his Baltimore apartment in the early 1980s, according to police and court reports obtained during the House Ethics Committee's investigation of Stringer.

The documents reveal Stringer, who was about 35 years old at the time, cruised parks looking for boys.

A Baltimore Police Department interview with a victim and the boy's father, dated in 1983, produced this narrative:

One of Stringer's victims went on to become a sex offender himself, according to the investigative documents.

The investigative documents were released by the House Ethics Committee on Friday afternoon, less than 24 hours after the 71-year-old Stringer resigned his Prescott-area House seat.

Stringer, a Republican who was just starting his second term, represented one of the most politically conservative districts in the state.

Stringer had refused to turn over documents related to his 1983 offenses to House Ethics Committee investigators. He was facing likely expulsion from the House over those offenses and his racist statements in public settings.

Stringer's attorney, Carmen Chenal, told 12 News Friday, "These are all allegations and Mr. Stringer denies them all. It was a false arrest, he never pled guilty, he was never convicted."

The police and court documents show Stringer, who is listed as self-employed in real estate, was charged in September 1983 with several sex offenses involving two boys, ages 14 and 15, including "engaging in a sexual act with a person who is mentally defective."

You can view the police reports here.

A document dated Jan. 9, 1984, indicates that a "Judge Hammerman" ordered Stringer to serve 5 years of supervised probation and 1040 hours of community service, as well as seek treatment at a clinic for sexual offenders.

Stringer had been charged with eight sex offenses involving the two boys.

"Judge Hammerman" appears to be Judge Robert Hammerman, a noted jurist who would commit suicide in 2004. Hammerman wrote a suicide note that said he was suffering from Alzheimer's disease. He had also been accused of pedophilia before and after his death.

Despite the Maryland offenses, which were expunged from his record, Stringer was able to obtain an Arizona license to practice law and a fingerprint clearance card to teach in Arizona schools.

“While we disagree on matters of policy every day, each of us regards our colleagues as friends and family. The shock and horror we felt when we learned the details in this report are indescribable, not just as elected officials but as parents. This is not about politics, it's about the safety and security of children. It will not be easy, but for the sake of our state, for children, and for this institution that we love, we must resolve to move forward from this. The public must know that we hold each other to the highest standards of character, and that they are safe and protected in the Arizona House of Representatives.”

"The House Ethics Committee conducted a full, fair, and transparent investigation into the complaints against David Stringer. Having to investigate one of our colleagues is an unpleasant task, so I appreciate the seriousness and professionalism of my fellow members of the committee. I'm also grateful for the outstanding work of the investigative team from Ballard Spahr, led by Joe Kanefield and Mark Kokanovich."