Patrick Frazee spoke to a Teller County Department of Human Services employee about his young daughter after he was arrested for the murder of Kelsey Berreth. 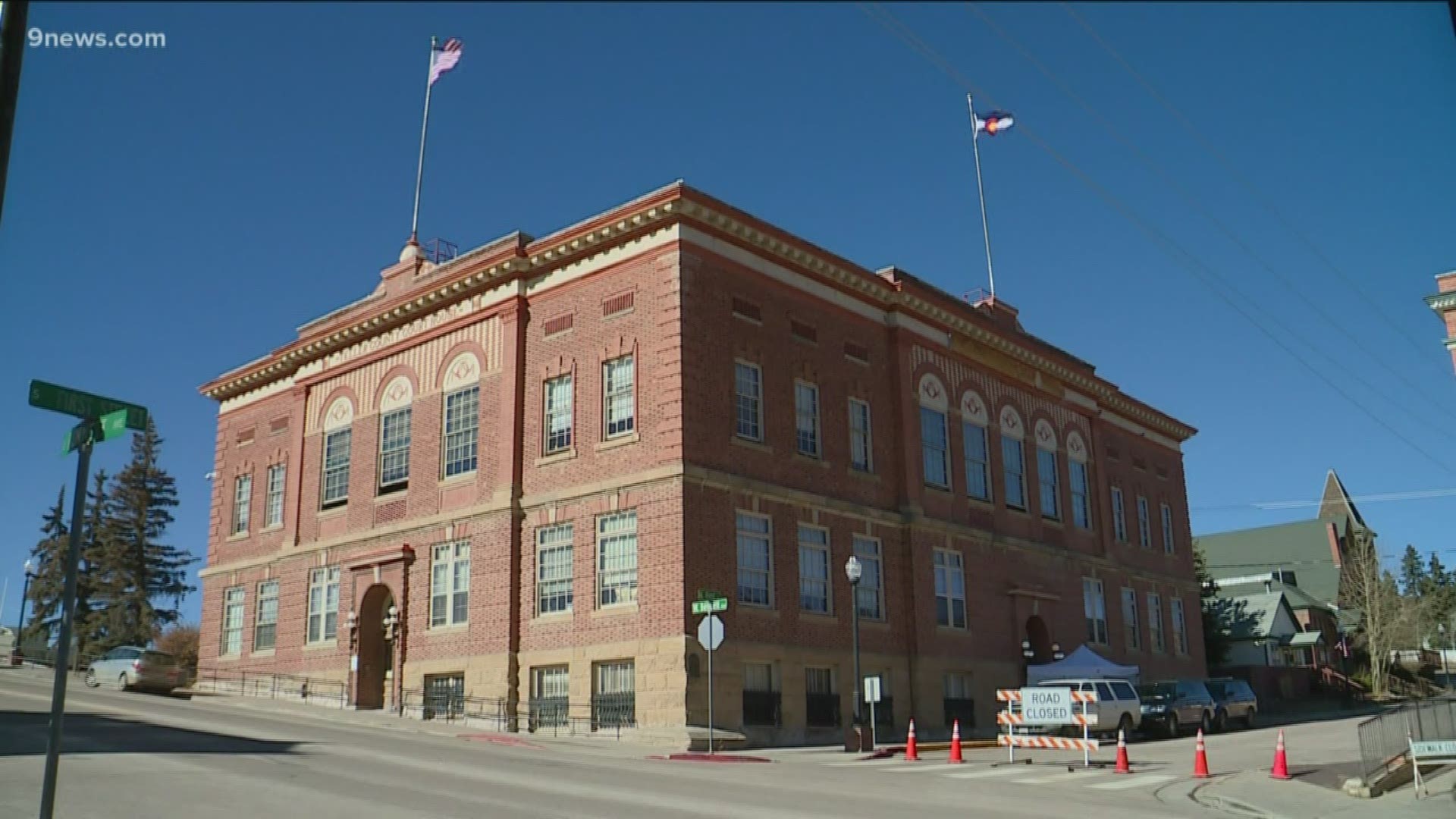 CRIPPLE CREEK, Colo. — An employee with the Teller County Department of Human Services was called to the witness stand Thursday to describe some of the comments the man suspected of murdering Kelsey Berreth made after his arrest.

During the conversation, Longmire said Frazee told him that he and Berreth broke up on Nov. 21, 2018 — the day before Berreth was last seen alive.

“He did talk about her wanting to go their separate ways,” Longmire testified, adding Frazee characterized their conversation as “heated.”

Longmire said Frazee initially claimed he was the sole breadwinner in the relationship. The pair had a 1-year-old daughter at the time of Frazee’s arrest and Berreth’s disappearance. Who would have custody of her was the main purpose of Frazee's conversation with the DHS.

The child is currently in the care of her maternal grandparents.

Frazee did not initially mention the fact that Berreth worked as a flight instructor at Doss Aviation in Pueblo, according to Longmire. The prosecution later showed Berreth’s desk at the company, where she kept a photo of her young daughter.

RELATED: Kelsey Berreth's coworkers debunk claims made by the man accused of her murder

She said he also told her that he knew Berreth was pregnant with their daughter in 2017 — something that is contrary to testimony from other witnesses who allege he claimed he didn’t find out about the child until he went to the delivery room. Previous witnesses also said Frazee told them he had sole custody of the child and that Berreth all but abandoned her.

Longmire said Frazee did not indicate this, and that the two shared custody of their little girl.

Longmire said Frazee also told her that he had tried to call Berreth until Nov. 28, 2018.

“He said as time went by he became concerned,” Longmire said.

This is contrary to phone records that were shared later in the morning by Colorado Bureau of Investigation Agent Gregg Slater, who had been involved in the case since the beginning and testified earlier in the trial.

According to his testimony, he said Frazee’s last communication with Berreth was a text he received from her phone that read “do you even love me?” Slater said Frazee tried to respond, but that it was never sent.

Slater said according to Verizon records, Frazee did not try to contact Berreth after Nov. 25, 2018. This is significant, because this is the date that Krystal Lee — an ex-girlfriend of Frazee’s — said she burned Berreth’s phone in a pit at her home in Idaho.

Lee was the star witness for the prosecution during Frazee’s trial. She claims that during fall 2018, Frazee asked her to kill Berreth on three occasions. Lee said she ultimately couldn’t go through with it, but that on Nov. 22, 2018 — Thanksgiving Day — Frazee beat his onetime fiancee to death with a baseball bat and stored her body in a black tote at a remote ranch he leased in Fremont County.

Lee said she drove through the night on Nov. 23 to Colorado from Idaho, and arrived at Berreth’s Woodland Park townhome on Nov. 24. Here, Lee said she cleaned up a bloody crime scene with bleach and later burned evidence on Frazee’s ranch.

Frazee is also accused of burning the black tote containing Berreth’s body in a trough on top of his driveway.

During cross-examination, a CBI expert who began her testimony on Wednesday afternoon was asked whether Frazee or Lee’s DNA was found at Berreth’s condo.

Caitlin Rogers, a forensic specialist for the CBI, said it largely was not, although one sample did indicate there was some presence of Frazee’s DNA — albeit an amount minuscule compared to what was found from Berreth and a previous owner.

The prosecution however asked Rogers to clarify that bleach could essentially erase DNA.

In addition, prosecutors asked Slater to reiterate how integral Lee’s cooperation was to the investigation — and where it would be without her.

The defense has repeatedly questioned Lee’s credibility and continued to do so while cross-examining Slater. Slater conceded that Lee initially lied to investigators about her involvement in the case when they first contacted her on Dec. 14 — and that when they went to her house on Dec. 17, she said she’d cooperate only after speaking to an attorney.

Lee ultimately spoke to law enforcement after signing an agreement with the prosecution, where she pleaded guilty to tampering with evidence for disposing of Berreth’s cellphone.

She could spend up to three years in prison when she is sentenced, but could also avoid incarceration altogether and serve probation.

This is expected to be the final full day of testimony in Frazee’s trial, which began on Nov. 1. The judge has said he expects closing statements to begin sometime Friday afternoon.

If the jury gets the case on Friday, they will not begin deliberations until Monday.

9NEWS is in the courtroom and will provide updates online and on TV at breaks. For full coverage go to 9NEWS.com/KelseyBerreth.