Patrick Frazee is standing trial for the murder of his onetime fiancee, Kelsey Berreth. Closing statements could be as soon as Friday. 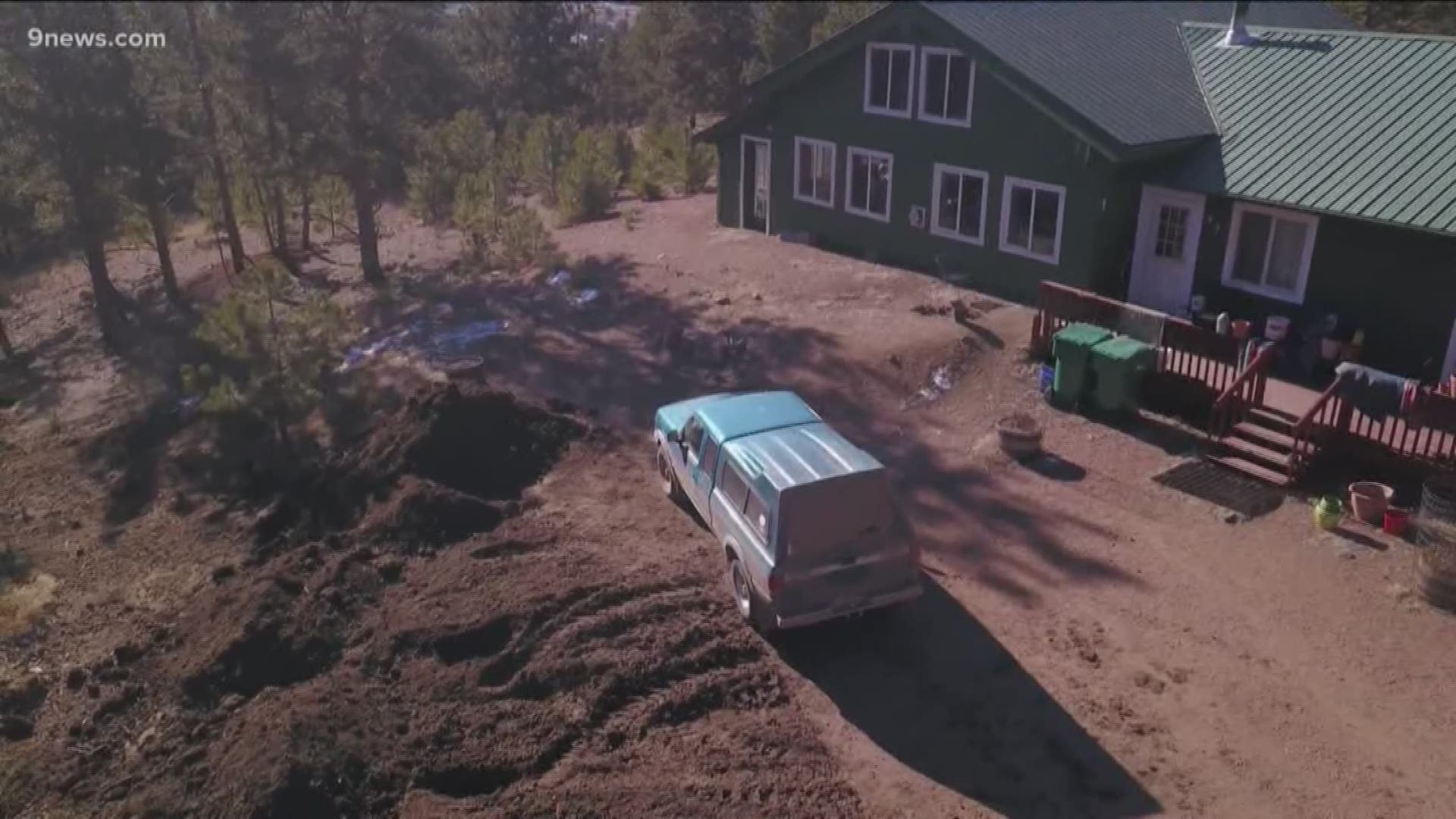 CRIPPLE CREEK, Colo. — Multiple people who knew the man accused of murdering Kelsey Berreth say he claimed she was an abusive, uninvolved mother to their young daughter, and that he was essentially raising the baby alone while she struggled with drug and alcohol problems.

But, multiple people who worked closely with Berreth testified Wednesday that this is far from the case — and there’s no evidence she ever had a drinking or drug problem.

The prosecution spent Wednesday morning tying up loose ends in its case against Patrick Frazee, who is charged with first-degree murder, solicitation to commit first-degree murder, and tampering with a deceased human corpse for his alleged role in Berreth’s death. Closing statements in the trial — which is roughly a week ahead of schedule — could begin as soon as Friday afternoon.

RELATED: Clients: Suspect in Kelsey Berreth's death spoke ill of her, said she wasn’t coming back

Carolyn Sharp worked with Berreth at Doss Aviation, where both women were flight instructors. Sharp testified that Berreth lived with her for a short time during her on-the-job training so she didn’t have to make the commute from Woodland Park to Pueblo. Berreth was pregnant at the time.

Sharp said after Berreth and Frazee’s daughter was born, she got a picture of the newborn baby that’s still on her refrigerator. She said Berreth also brought the baby into work and seemed to love being a mom.

During Berreth’s time at Doss Aviation, her coworkers said she took maternity leave as well as two weeks off for what her mom described as a program to treat extreme stress and anxiety. Sharp, who said everyone worked in very close quarters, said there was no indication Berreth ever abused drugs or alcohol.

“Just the normal signs of stress from being a new mom, and this is a stressful job,” Sharp said.

Mark Maryak was the chief pilot at Doss Aviation, which has since been purchased and is now called L3. He was one of Berreth’s supervisors and stressed the difficulty of what she did for a living.

“This isn’t just general aviation flying where you go out in the clouds,” Maryak said. “We are doing a very specific job in the U.S. Air Force that is more demanding than most aviation.”

Before Berreth was last seen alive on Nov. 22, she had asked to switch from full-time to part-time. This meant, according to Wednesday’s testimony, she would potentially lose health insurance for her and her young daughter. Frazee had told multiple people that this had happened before this arrest.

Frazee had also told Berreth’s mother and multiple people who used him as a farrier that he and Berreth were no longer together. But, he was listed as the beneficiary on Berreth’s life insurance, and her coworkers testified that they were under the impression he was her fiancé.

But the people who worked with Berreth also claimed that she occasionally vented about Frazee.

Sharp said Berreth mentioned she was having a difficult time getting along with Frazee and his mother. Another coworker mentioned that Berreth said she had gotten into a confrontation with Frazee while she was pregnant.

Nevertheless, no one who took the witness stand on Wednesday indicated that Berreth was outwardly struggling before her disappearance.

“It was probably a little bit difficult as a single mom to balance the work-life thing, I can’t imagine how she did it,” Sharp said. “I live 10 minutes from work and she lived over an hour. It’s a fairly stressful job to begin with and what a woman of strength to be able to do that. I don’t know if I could.” 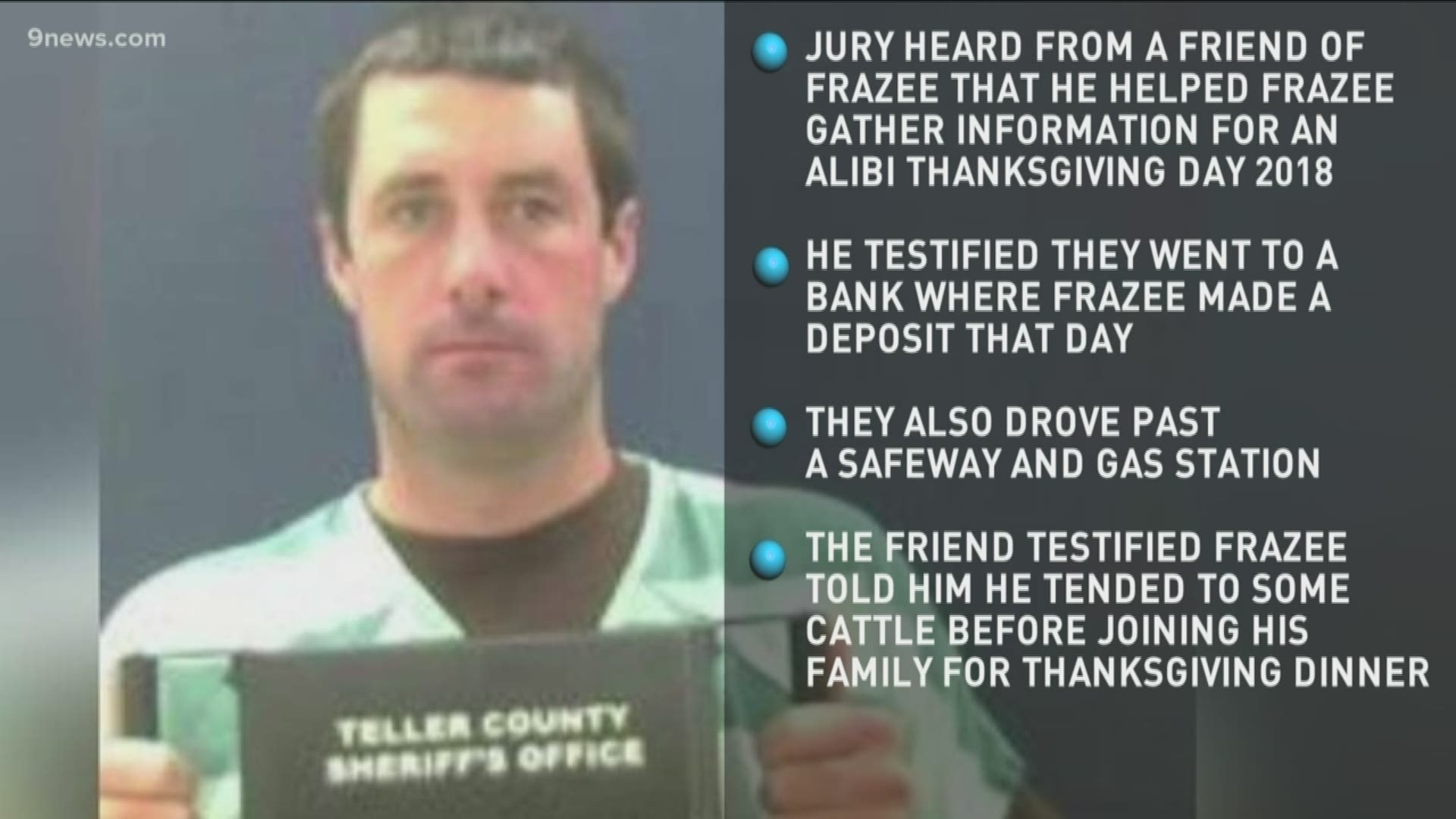 The final witness who took the stand before the lunch break on Wednesday afternoon was a serologist from the Colorado Bureau of Investigation (CBI). This testimony apparently set the stage for a DNA expert, who could shed light on whether a tooth found at a burn site on Frazee’s property belonged to Berreth, and if the blood found in her condo was hers.

Frazee is accused of beating Berreth to death with a baseball bat and burning a tote containing his remains. Her body has not been found.

Testimony is slated to begin at 12:30 p.m. on Wednesday. 9NEWS is in the courtroom and will provide updates during breaks. Due to a standing decorum order, no live reporting is permitted. For full coverage go to /kelseyberreth.