They were meant to empower sexual assault survivors, but critics say at-home rape collection kits can be more harmful than helpful. 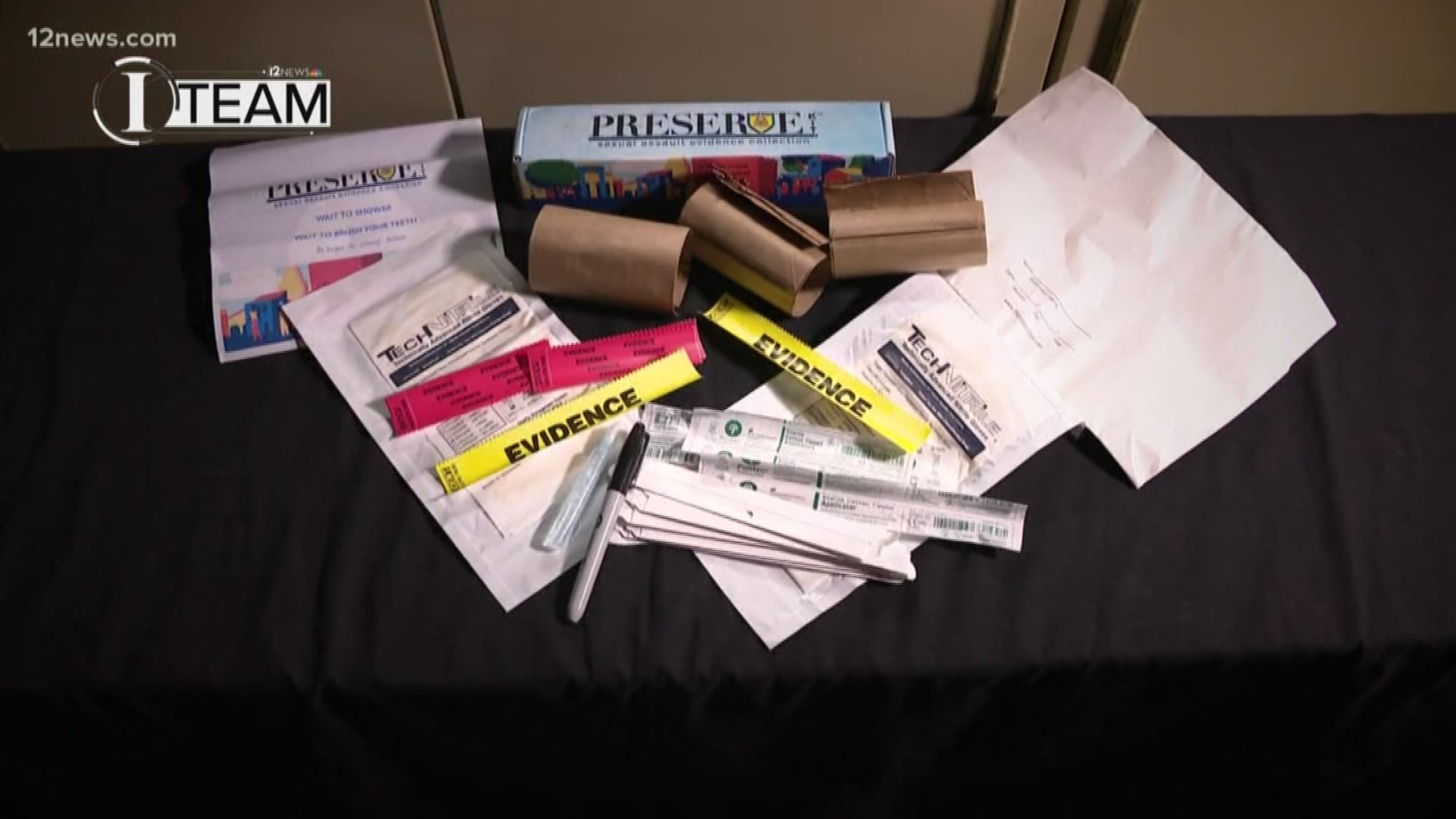 It’s an idea that started as a way to empower those who were sexually assaulted. It would give survivors a chance to collect their own evidence.

Critics, though, say having that kind of evidence collection kit might stop survivors from getting medical and emotional help. They also say the evidence would not be admissible in court.

Jane Mason worked dozens of sexual assault cases. She says one case in particular stands out.

“The one particular case I was working on involved a college student and she was raped when she was a freshman in college and she couldn’t even speak about the crime for over two years,” said Mason.

When women are in college, they are three times more likely to become the victim of sexual violence, according to RAINN, a national anti-sexual assault organization.

When it comes to survivors, the only 25 percent immediately report the crime to police, according to the Federal Bureau of Justice. Some are afraid. Others are concerned no one will believe them.

“I saw the detectives tell this young woman that she had no evidence,” Mason said. "That she didn’t use enough force. That it was a ‘he said/she said.'

"The entire time this poor young woman felt like she had caused her own sexual assault and it was really heartbreaking to see someone go through that and her life course was altered because of the whole series of experiences," Mason continued.

That’s why Mason created the PRESERVEkit, an at-home rape kit. She says it gives survivors who don’t immediately want to report the crime an option to collect their own evidence at home.

“I put together sort of a modified evidence collection kit with instructions that are easy to use so that someone who might be traumatized -- and it’s immediately after (a) sexual assault -- will be able to follow the clear instructions," Mason said.

The instructions were based on sound evidence collection practices and techniques that Mason learned from the FBI over 28 years.

What's in an at-home rape kit?

Mason says sexual assault survivors can collect and package their evidence. Then, if they want to come forward days, weeks or even years later, they will have proof.

Not everyone agrees with the idea. In fact, there has been significant backlash.

Critics including medical groups, lawmakers and attorneys general around the country argue rape kits must be done at family advocacy centers or hospitals.

“I don’t think that the kit has that detail that would give them the sense that they’ve done everything they could to gather all the evidence they need and it makes me sad,” DeMasi said. “If a patient does that at home, they’re not being seen for any STDs, STIs, pregnancy. They’re not being able to tell their story.”

DeMasi says forensic exams are about much more than evidence collection.

“They’re not being able to see a physician if they have injuries that are more complicated than what they were thinking. That whole essence of wrap around care is not there. They’re not getting the resources. They’re not talking to an advocate. That’s the most important thing to me as a nurse is to make sure that they’re healthy,” DeMasi said.

Mason says her PRESERVEkit is not meant to replace a visit to a nurse.

But there are other concerns, legal ones.

“Things to consider that a survivor might not immediately think about, things like chain of custody and admissibility of evidence into court and these at-home kits just don’t meet those types of requirements so overall I felt really concerned when I heard about these coming out,” Tasha Menaker of the Arizona Coalition to End Sexual and Domestic Violence said.

Where to find advocacy centers in Arizona

Mason says in the world of evidence, it all comes down to a judge. She encourages all sexual assault survivors to get an exam by a trained professional but says the reality is, the majority do not. Mason is vowing not to give up on her product.

“I’m here to offer the 77% who don’t report an extra tool so they can get some help that they don’t already get,” Mason said.

A spokesperson for Arizona Attorney General Mark Brnovich sent 12 News a statement saying, “We’re aware of the concerns surrounding PRESERVEkits expressed by attorneys general. We have no further comment at this time.”

Mason’s product was initially taken down from Amazon but is back on the website.

She makes no guarantee that the evidence collected with PRESERVEkit would be admissible in court. But she believes something is better than nothing.

RELATED: Secretly Stalked: Your ex could be watching everything you do on your phone