'It cuts me to the core:' Arizona murder suspect's in-custody death ruled 'natural'

Both the suspect's and victim's families blame healthcare providers for failing to give Michael Adams mental health care. 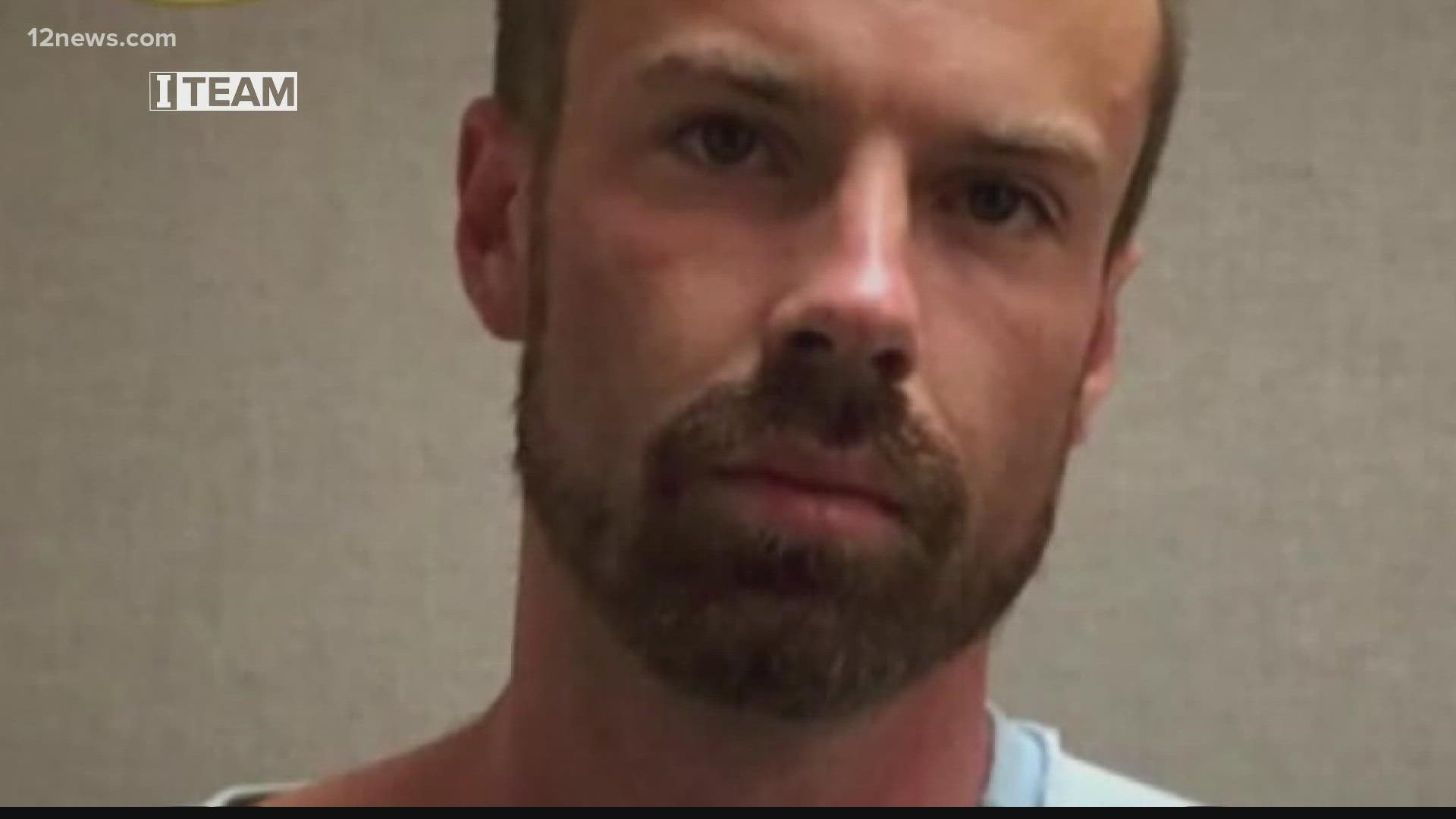 The memory is stuck in Paul Adam's mind.

"I remember it very clearly," he said. "It was a day before I got a knock at the door telling me he was dead."

His son, Michael Adams, died at 29 years old after he was found unresponsive in his cell at the Fourth Avenue jail back in April.

"I can’t even describe it," Paul shared. "You don’t expect to bury your son. I’m saying these comments factoring in I know what he did."

Michael Adams had been in custody since July 2019 after police arrested him for stabbing 17-year-old Elijah Al Amin to death outside a Circle K in Peoria.

Adams had a criminal record and history of mental illness and had just been released from prison a few days before. It's a loss felt deeply by not only Elijah’s family but Paul, too.

"It cuts me to the core that to know that my son did what he did," he said.

The medical examiner ruled it was natural, likely caused by cardiac arrhythmia. An MCSO deputy first noticed during morning rounds on April 17, and called for help when Adams didn’t get up.

12 News asked expert Dr. Burton Bentley to take a look at the report.

"I can understand how it seems suspicious with how young he is," Bentley said. "But at this point, I don’t see anything in the report to suggest any other foul play or anything else unusual."

At the time he was found dead, records show Michael Adams was in isolation with no contact with other inmates.

The OME report shows he had a documented history of heart concerns and chest pain and was also on an anti-psychotic medication that could have had side effects.

"He’s also on a medicine that can sometimes be connected to irregular, sometimes lethal heartbeat," Bentley added.

Elijah’s family and Paul Adams are both independently suing several healthcare agencies that work with the state of Arizona for failing to adequately treat Michael's mental health while he was in prison up to his point of release, just a few days before Elijah’s death.

The Al-Amin's lawsuit filed at the end of June claims Adams showed signs of psychosis in the weeks leading up to Elijah's murder but was released from prison anyway after serving a sentence for assaulting a guard.

The lawsuit accuses several healthcare agencies that work with the state of Arizona, including Mercy Care, for failing to adequately treat Adams over the span of about four years starting in 2017.

"They had the responsibility to make sure Mr. Adams was secure and wasn’t a danger to the public," said Benjamin Taylor, one of the attorneys representing the Al-Amin family.

That case, along with Paul Adam's suit, uses details from Michael Adams' medical, arrest and in-custody records to show what attorneys call a systemic failure.

After his release from prison in Yuma on July 2, 2019, the lawsuits say Michael Adams had encounters with police and paramedics and even called 911 to report a threat.

The lawsuit details Adams then came to the Phoenix area after his father bought him a bus ticket for July 3.

He was arrested for killing Elijah on July 4, his attorney at the time noting he needed help.

"And there isn't a day that goes by that I don't wish I could reach out to Elijah's parents and just give them a hug and tell them how hard how sorry I am," Paul said. "And I want them to understand how hard we've really tried to get the system to help Michael."

In the wake of Michael's death, Paul Adams started a non-profit to help other people in need of mental health services. You can find more information here.