The staff wanted to admit Bruce Nestor to the hospital, he said. But Nestor didn’t believe admittance was necessary because he was feeling better. 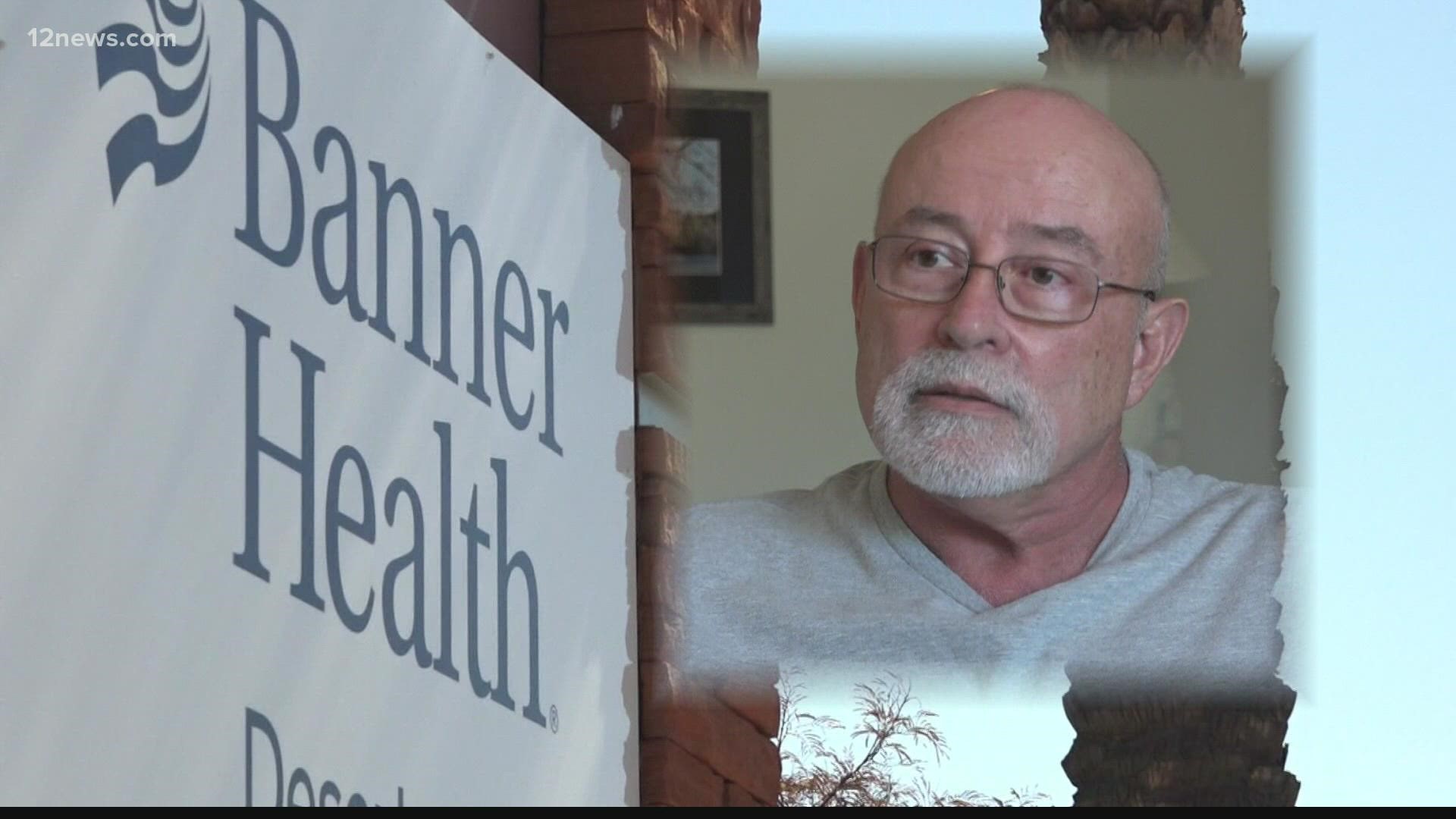 MESA, Ariz. — A Tempe man’s trip to the hospital led to a nearly year-long dispute over what he actually owed the hospital and what services were rendered.

Earlier in the day, Nestor said he had undergone a medical procedure and after arriving home, he had a sore throat and fever.

“The doctor said, 'I hate to tell you this but you have to go to the ER,” Nestor said.

Nestor went to the emergency department – commonly called the emergency room or ER – where a doctor performed blood work and a chest X-Ray.

Nestor said he tested negative for COVID-19 but tested positive for another infection.

The staff wanted to admit Nestor to the hospital, he said. But Nestor didn’t believe admittance was necessary because he was feeling better.

According to Nestor, while he was waiting in a hospital room a staff member appeared and began wheeling Bruce out of the room for what she said was surgery. There appeared to be a mix-up.

“And I go, 'no you need to stop, what patient are you looking for?' And she goes, 'such and such,' and I said, 'doesn’t look like that does it?'” Nestor said, holding up his hospital identification bracelet. “And she goes, 'oh, wrong person.'”

Over the next hour, Nestor said he felt it was riskier to stay in the hospital than go home.

He left the hospital, never staying the night.

Months later, Nestor said the bill he received from Banner Desert Medical Center was more than $12,000. It included $4,500 for “intensive care room and board.”

Nestor didn’t believe the charge was justified, given he never left one room and was in the same bed over the course of about five hours.

“I would never bill somebody or tell them to pay me for something I didn’t do for them,” Nestor said.

12 News asked a spokesperson for Banner Health whether Nestor was erroneously charged for post-ICU care. The spokesperson declined to discuss the issue, saying the hospital was communicating directly with Nestor to resolve the matter.

Nestor’s insurance paid most of the bill. Nestor paid about $150 out-of-pocket. But the hospital was still asking Nestor to pay an additional $772.

However, a spokesperson for Banner Health provided a statement to 12 News that did not acknowledge Nestor’s balance is now zero.

“Upon review of the patient’s records, we can confirm that the bill was accurate. Our financial services team will continue to work directly with the patient and set up a payment plan,” said David Lozano, spokesperson for Banner Health.

Nestor provided 12 News a recorded voicemail he received from Banner Health confirming he no longer owes anything on his bill.

Several days after 12 News began pursuing the story, a representative for Banner Health contacted Nestor and told him he would no longer owe anything for the hospital visit.

>> If you disagree with what you’ve been billed by your hospital, ask your insurance company to conduct an audit of services rendered. It’s also important to file a complaint with the Attorney General’s Office and the Arizona Department of Health Services.