The 12 News I-Team found the Scottsdale Police Department is one of the only police departments in the Valley not receiving emergency paid sick leave. 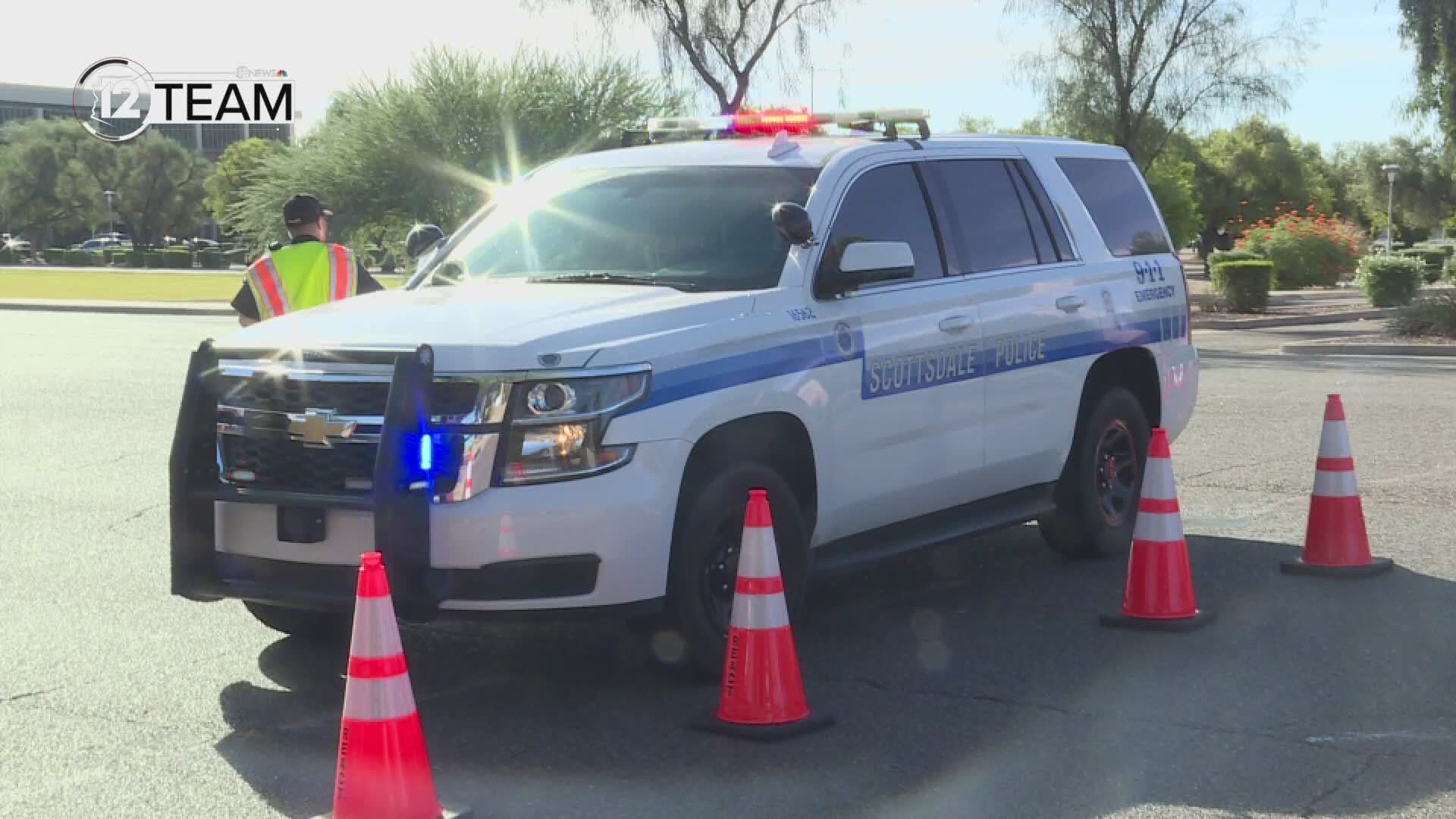 SCOTTSDALE, Ariz. — Police officers put their lives on the line for us every day, long before a national pandemic. They are now facing greater risks of being infected while doing their normal job so what happens if an officer does get sick?

The Police Officers of Scottsdale Association says despite risking their health and safety, their officers are not getting emergency paid sick leave.

“We’re out there supporting the community, providing the same service day by day," said POSA President Damien Mendoza. "We just want the same support back and it’s something we’re not getting from the city.”

Mendoza says if a police employee or their family member were to contract the coronavirus, the Scottsdale Police Department is not currently offering them emergency paid sick time.

“I believe it’s wrong that we don’t have that as first responders," Mendoza said.

Under the Families First Coronavirus Response Act, or FFCRA, some employers must provide up to 80 hours of paid sick leave for the coronavirus.

Credit: US Department of Labor

“You have to connect it to COVID. That’s something that’s different. Typically you’re not having to have any specific ailment to qualify for sick time," said Joshua Black, an employment lawyer in the Valley.

But emergency responders can be excluded.

Attorney Scott Gibson explains this is to prevent a staffing shortage.

“How do we make sure that we maintain public safety and that’s the reason why first responders may be excluded at the choice of their employers," said Scott Gibson, a Valley attorney.

The 12 News I-Team learned that it is a choice most police departments in the Valley decided not to make.

“We didn’t want to just call out the exemption and say you cannot apply for this," said Rae Lynn Nielsen, the human resources director for the City of Chandler.

Chandler along with Phoenix, Tempe, Glendale, Gilbert and Peoria all elected to give their officers two weeks of emergency leave.

The FFCRA also includes an Emergency Family and Medical Leave Act, or EFMLA, which gives employees up to an additional ten weeks of paid leave if they cannot work because their child's school or care provider is closed related to COVID-19.

In Phoenix, emergency responders are excluded from the EFMLA but can make an exception request through their departments' HR division.

In Tempe, while officers there are also currently excluded from the EFMLA, a spokesperson says the city is in the process of finalizing a program that would provide reimbursement for child care expenses for those exempted.

"Although the FFCRA allows exclusion of some essential workers from the benefits provided under the Act, the City of Peoria has voluntarily elected to extend the same benefit to all employees," said Kristina Perez, marketing and communications manager for the City of Peoria.

“I hope it gives them comfort. I hope it shows that we care and support them," Nielsen said.

Since 12 News' initial request, the City of Scottsdale has announced the city council will vote on providing a two-week leave bank for emergency responders. That vote will happen on May 19.

The FFCRA allows the city to exclude emergency responders from using the new federal leave, which the city did to ensure staffing levels are sufficient to handle this crisis situation.

From the beginning, however, the city committed to ensuring police officers, fire fighters and other approved emergency responders would receive additional leave benefits should they become ill or have to miss work due to COVID-19 exposure.

On April 7, the City Council directed the city manager to develop a program, identify a source of funding and return to the council as soon as possible.

Meanwhile, Mendoza worries some officers will work while sick or go weeks without a paycheck if they contract the virus.

“If someone doesn’t have the bank sick time or vacation time they would be essentially at home without pay," Mendoza said.

Mendoza believes extending the emergency sick time to first responders is the right thing to do.

“I think that is the best thing to communicate and possibly revisit and see how we can come up with a compromise. It’s something that has been provided to the rest of the employees of the city of Scottsdale however the emergency responders have been excluded from that," Mendoza said.

A Scottsdale police spokesperson tells 12 News three employees have been tested for the coronavirus and one has tested positive.